Pics in order of batch number

Batch 1 was nothing special recipe wise, colored with Chrome Green Oxide and scented with Herbal Essence by BB.

Batch 2 was my first attempt at a coconut milk and lard based recipe, colored with Chrome Green Oxide and scented with Heavenly Honeysuckle and Herbal Essence from BB

Batch 4 I made tonight is Coconut Milk and Coffee with oatmeal also added, 2nd attempt at batch 3 recipe using changes I learned from the first attempt 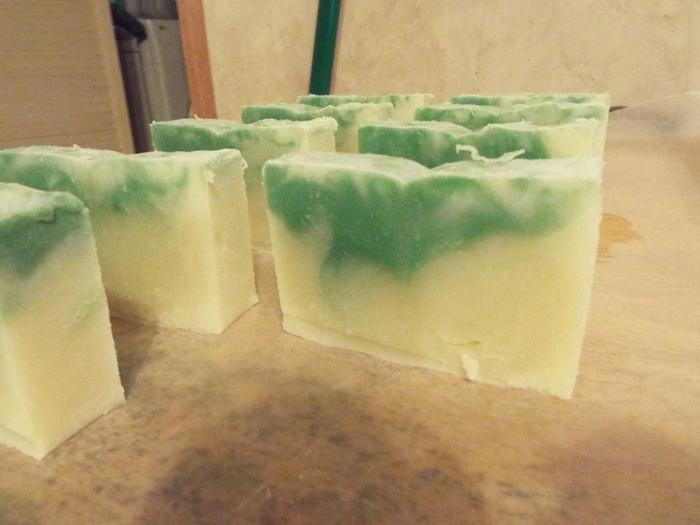 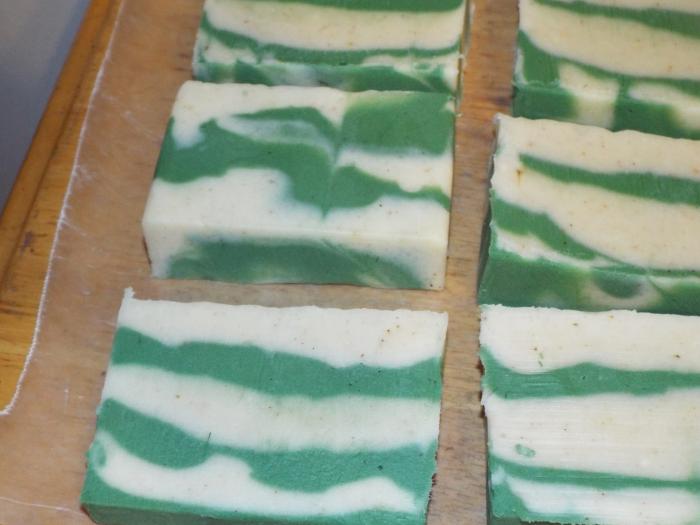 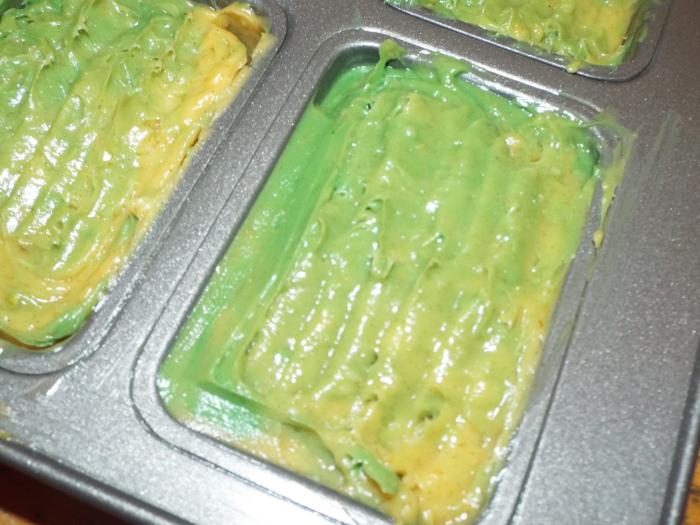 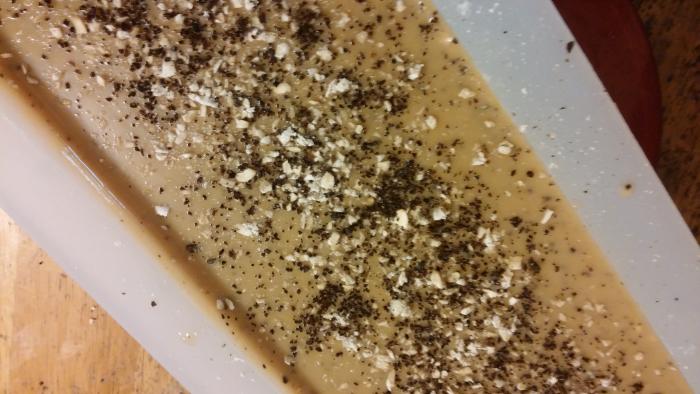 Off to a great start!
M

If I had more molds I would be twice that...I have definitely caught the soap bug!

Love the second and fourth one, your hubby will have to start taking more showers :smile:. Four batches in a one week - woohoo.

If those are your first four and I can't wait for the second four. And I wonder how long it will take to get a true Ugly!
S

Is that next to last picture a metal pan?

A very impressive first try...well done. I didn't even come close to that on my first try...or my second...or my third...
M

I have been having a HUGELY fun time learning this soaping thing! I had someone offer me 70 dollars for whole loaf of coffee soap last night and as much as that would rock I told them not yet!

I appreciate all the warm welcomes (this should say compliments)! Back to reading posts so I can learn more!
Last edited: Aug 29, 2015

You're off to a great start! Much better than my own, I daresay. lol

I especially love the look of top soap. From where I'm sitting the white part looks translucent, which gives the swirl somewhat of a 3-D effect. I can usually get that kind of an effect in my 100% coconut oil soaps when I refrain from using TD. I just think it looks so cool.

Cut Pics of Coconut Latte with Oatmeal...I am VERY pleased 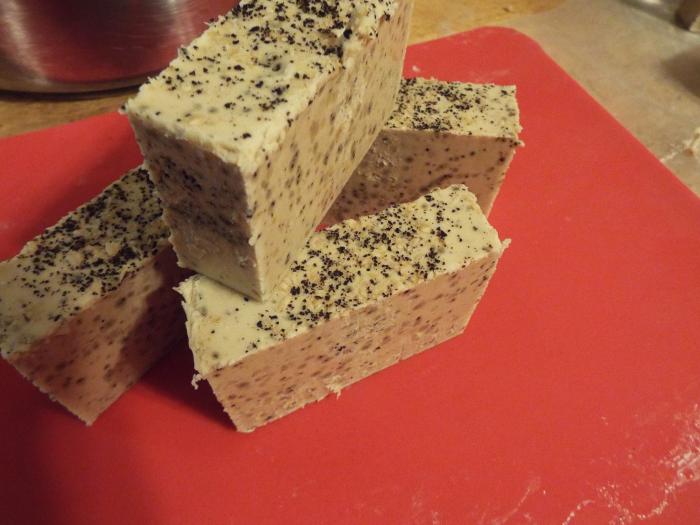 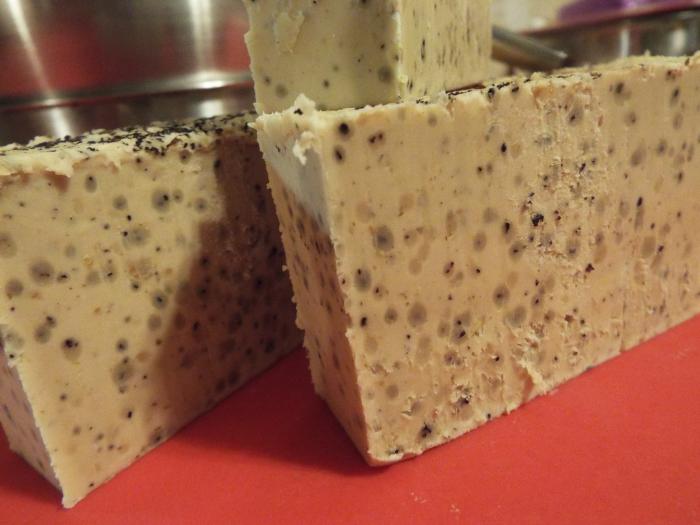 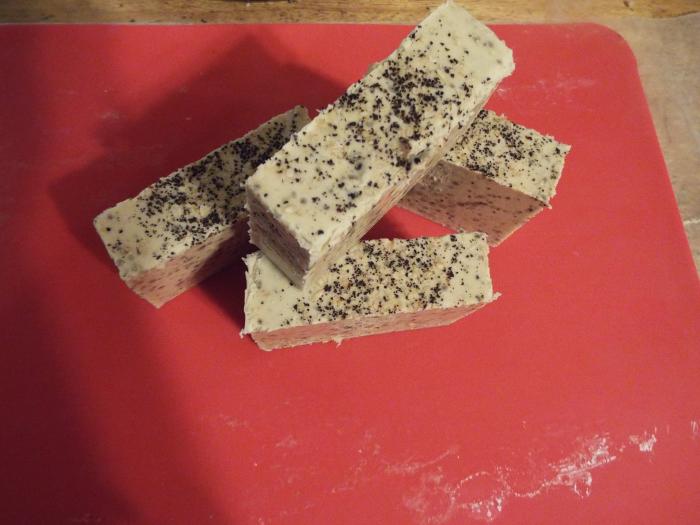