I made this batch just over the weekend and cut them today.
My original plan was to make a lemon-yellow base with a very white top and poppy seed on top. However, I was't able to achieve the lemon yellow I wanted. 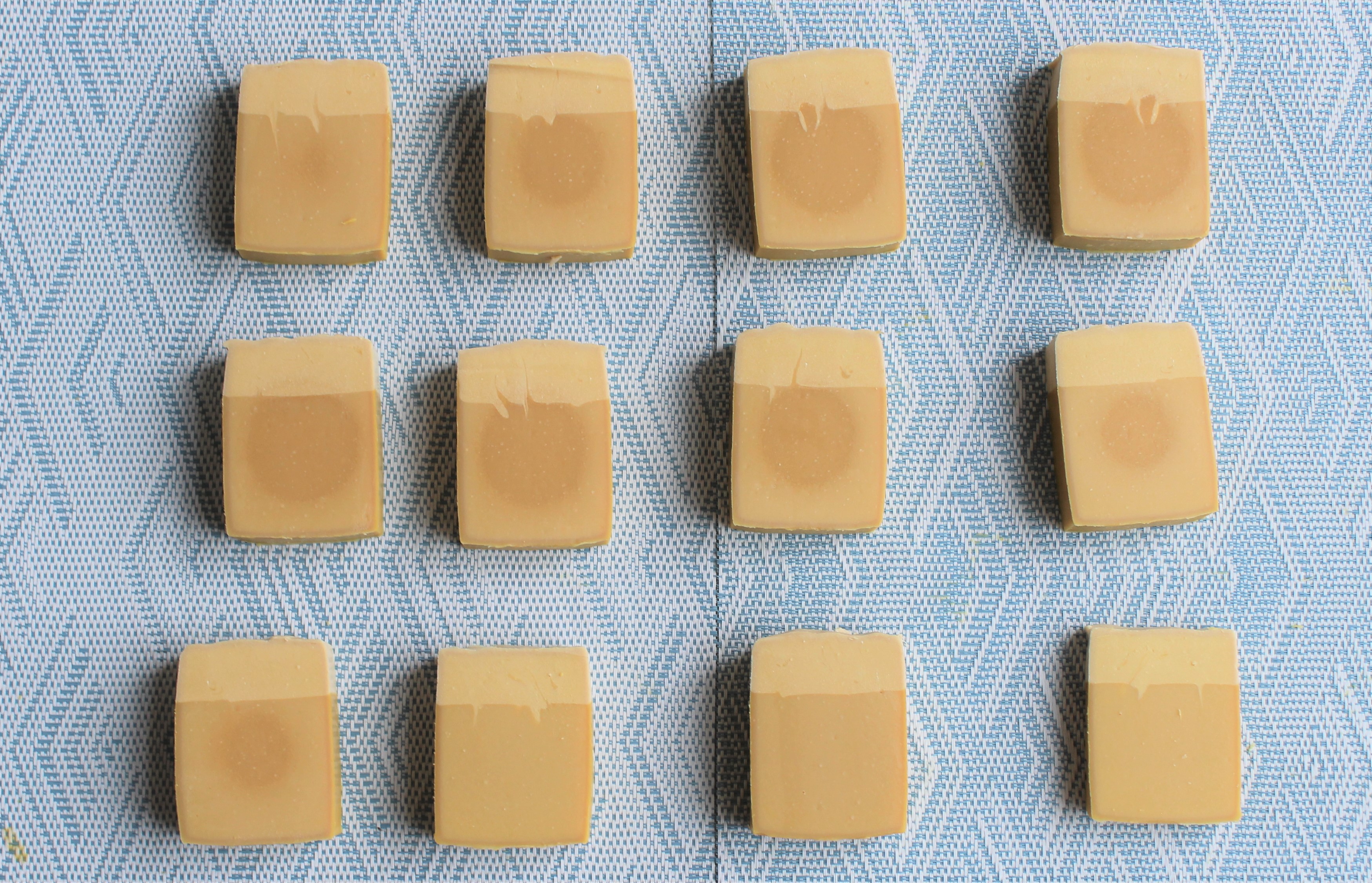 For the base, I used a gold mica that turned out to be too warm. I have a bunch of micas but they are not tested for soaping. I will test them all one day but I don't want to risk ruining a big batch like this. I'm also curious if you can use yellow food coloring? Since I researched that the colorants in my food coloring is pretty much the same as lab colors.
For the top, the white beer I used turned out to be darker than I expected so the TD I prepared wasn't enough and it was tracing pretty fast so I just throw in what I got.
The EO I used was: ginger, lemon, orange peel. Right now it smells more citrus-y and barely any ginger. Maybe it will come out later? 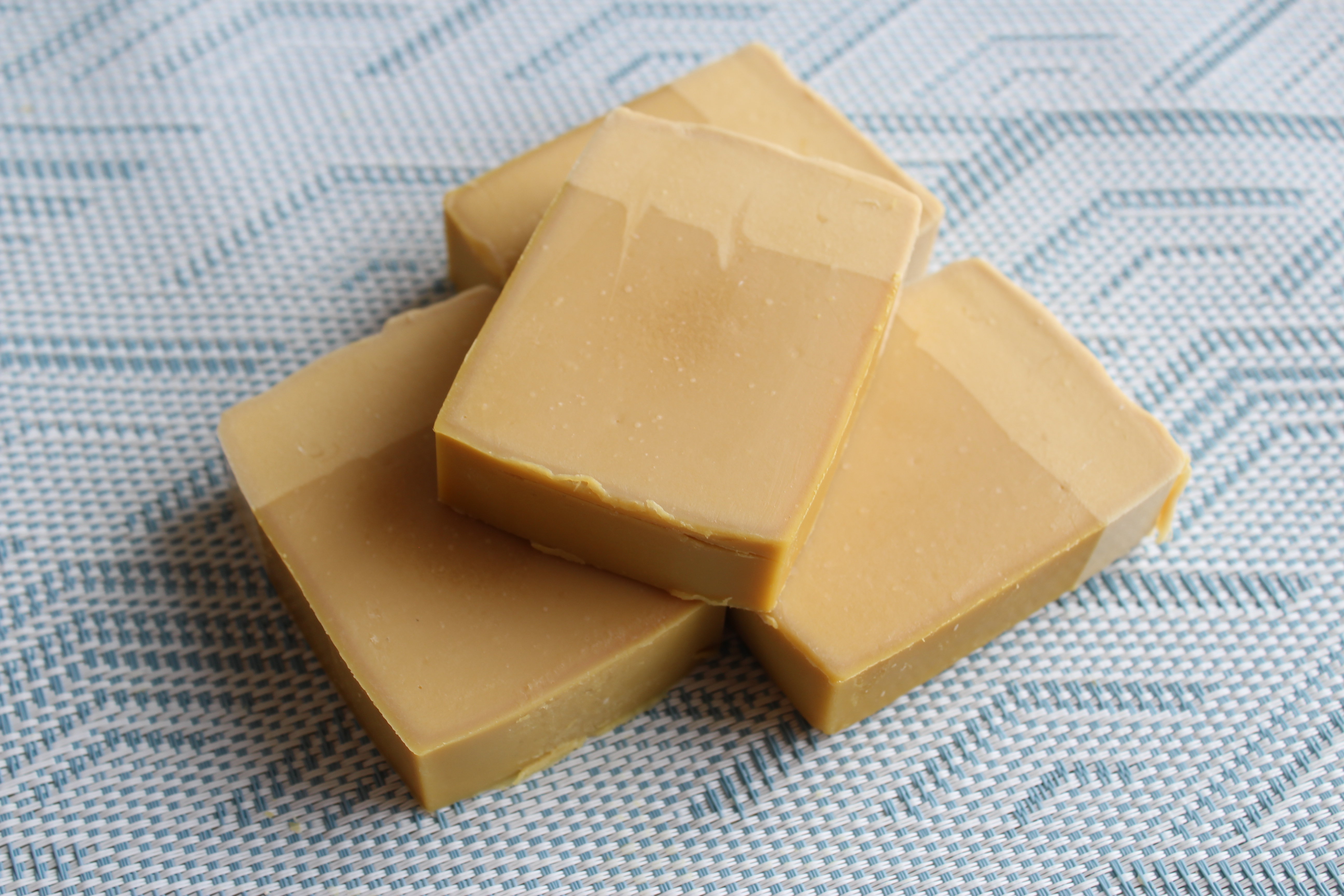 You can see I attempted a swirl there but I didn't go in deep enough. Oh well, at least this is my first successful layer. Last time I tried to layer I had to spoon every thing in.
Last edited: Dec 30, 2019

I have tried several soaps with beer, the batter always turned that color and it does take a lot of TD to overcome the beige color. In the soap in the picture, I just went with the darker color scheme and created a black layer, left the natural beige.
Good job on the layers and sounds like it smells wonderful!
Last edited: Dec 30, 2019

Those look really nice even if not as planned. My beer soap also is on the beige side...