Meet my puppy - and show me your pets!

For the dog and cat lovers, here's a few snaps of my new puppy, and 9 month old kitties.

Puppy's name is Harley, and he's 11 weeks old, a border collie x huntaway. I'm not going to lie, he's a major pain in the a** at the moment. He's peed on every single person he's met - he just gets way too excited. I've gone through 3 whole bottles of pet odour/stain remover to ensure that our house doesn't smell like puppy piss. But he's adorable, and you just cannot be mad at that face.

He's driving our 2 kitties mad, though. One of them, Bumble, is basically puppy's rag doll. He lets the puppy drag him round by his ears, bite him and wrestle with him. Our other kitten, Kiwi, hates his guts. We found Kiwi when we first arrived in New Zealand and were traveling up North. My boyfriend was working late one night and he was outside in a field (he's a farmer), heard a tiny meow and saw this little bundle of fur fly into his arms. He was just 6 weeks old, and we believe he was thrown from a car window and abandoned. We had to reschedule our entire travel plans to make sure he was allowed to stay with us at various hotels etc. He spent the grand total of 2 weeks travelling around NZ with us, which was interesting to say the least. We're now settled on a farm and he has his best friend Bumble to play with. He's got lots of sass and personality, I just love him.

Photos of puppy and kittens...

I literally gasped w/the cuteness of the pup picture. It makes me feel broody, even though I already have 2 dogs in a 1BR apt. Thanks a lot, Spenny

The kitties are really cute, too, it is adorable to think of your menagerie playing together.
L

I did the same thing. And then said "oh my God" out loud. lol

omg your puppy and kittens are teh cuteness!! I love the middle dork kitty pic

Ill play - heres some of Max the wonder dog, taken last week when we were kayaking.

The first is him staring dramatically out to sea (ok ok the marina where someone was probably grilling), the second one he's asking if I am going to share my mojito, and the last one he's snickering judgmentally at my husband who had a line snarl on his baitcaster. You see it too, right? 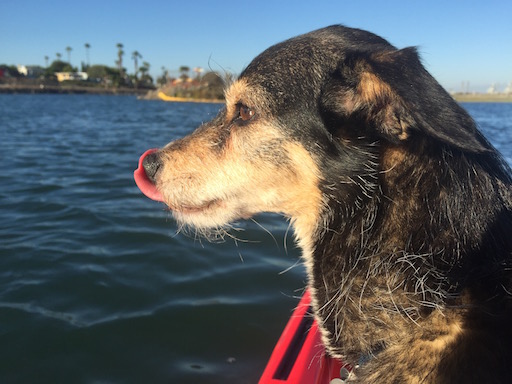 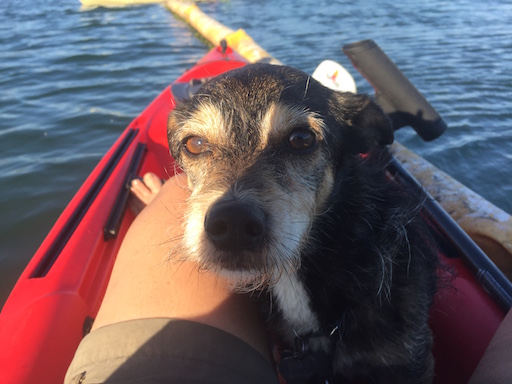 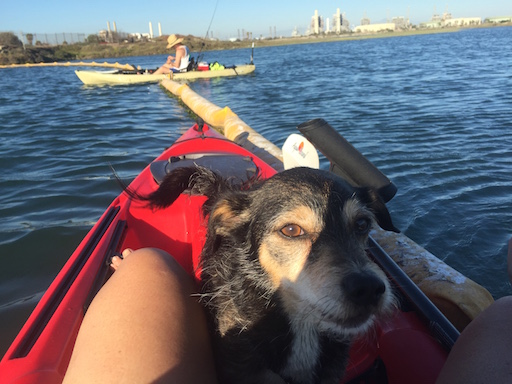 Sweet, sweet Max. He is a cuddly, kissy darling (I have had some of the cuddles.) And it is true, one of Sea's cats could probably kill Max by sitting on him

The cuteness!
This is Turdy:

I've trapped her on a cat trap.
This is Sylvester:

I have to say, I love Turdy's name. Although he is far too beautiful and dignified for it (if he could speak English he might be like "WTH, Mommy?")
N

Ok, I am going to admit it, I do not like it when people do not like/are not comfortable with my dogs. I think they are both pretty awesome. I really am a bit crazed about this, a date of more than 4 or 5 hrs requires going to/being in my house so that they can get walked, so I can see how the interaction is. And if it is not good, it is an early night.

I have an assortment of fuzzy babies...
Pic one is Coco and her thinking cat, Fred...
Next is Buckley, who went to Goatie Heaven over the winter.
Then, Hank and Bobby, the newest goats.
Then Miss Bun-Bun ( short hair brown one) and Homer.
And finally, Jill the pug.
I also have Jack, who can be found under the Cone of Shame thread I posted earlier...lol...
We also have fish in almost every room, and a pet crawfish named George 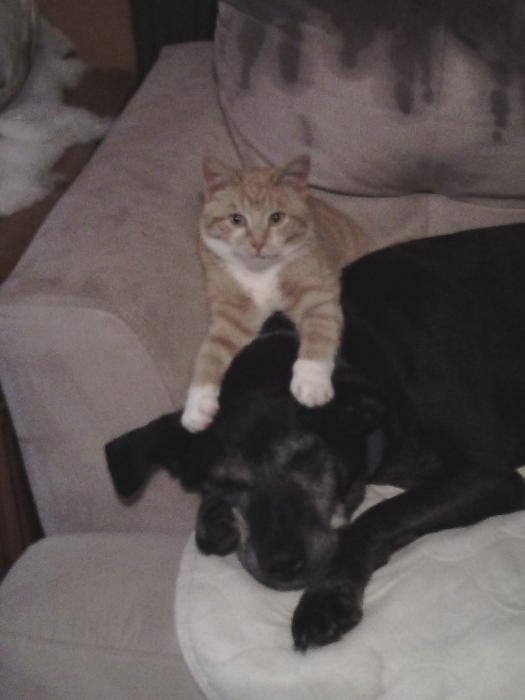 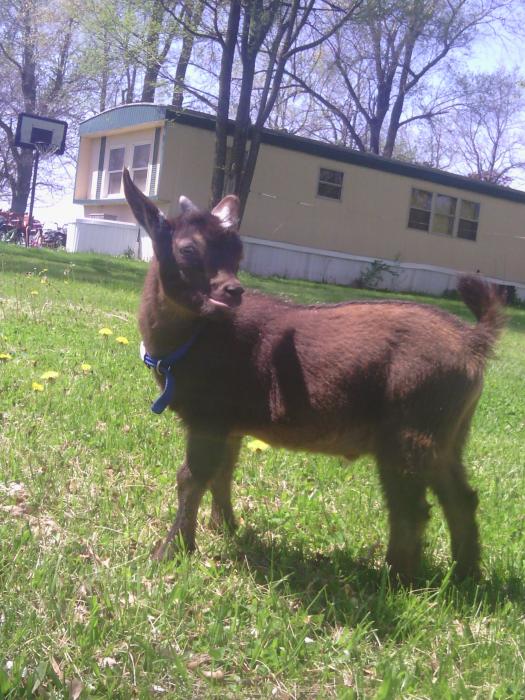 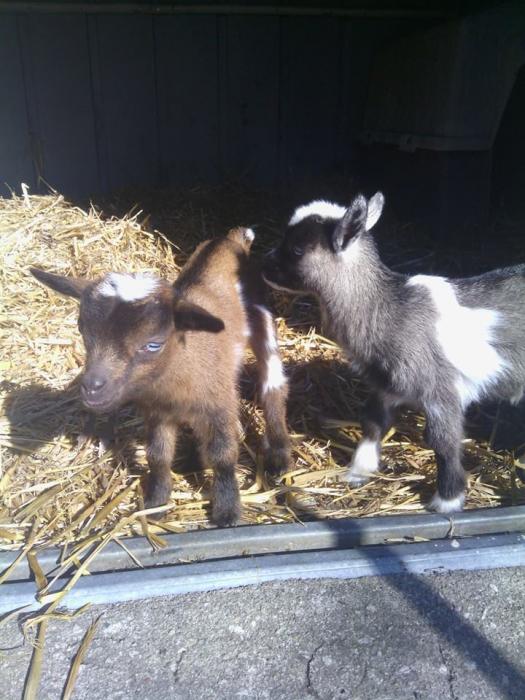 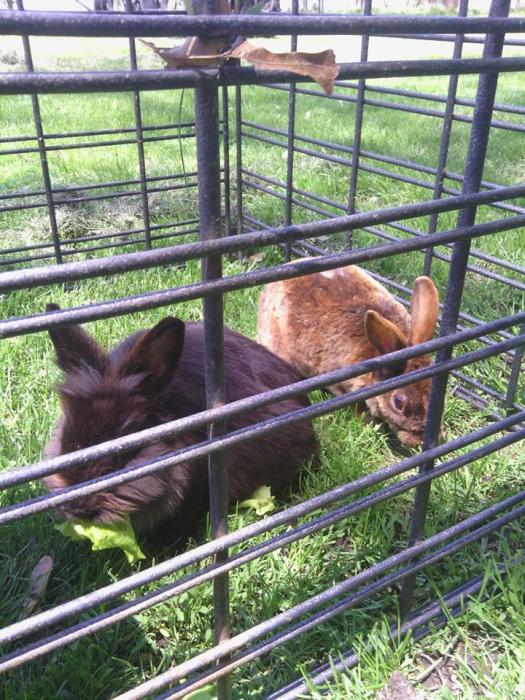 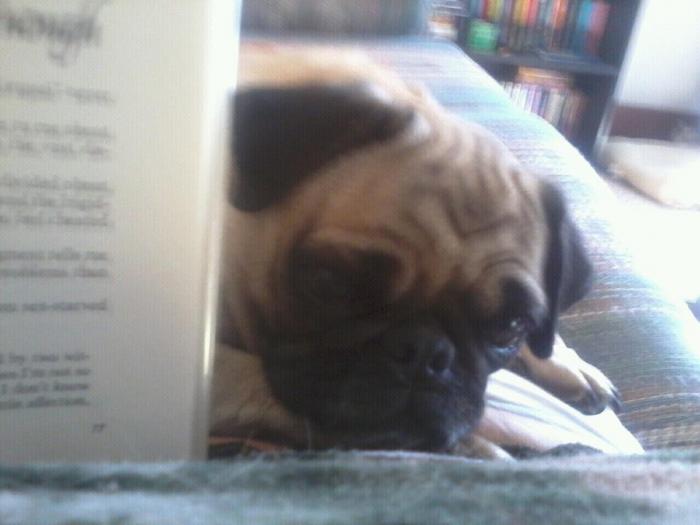 I'm melting from the cuteness going on here - every single fur baby is just outright adorable!

We just adopted this love from a man who recently loss his wife, he travels for work and she was really the wifes' dog. He hated her cooped up in their recent move from house to apartment, so I was a total sucker and had to have her... Her name is Chelsea.


The next is my baby I got as a puppy, he's really my first born. His name is Lebowski but we call him Bubba.

And my Poodles cat is a total rebel, I don't have a picture of her right now as she's pretty much a wild wanderer. 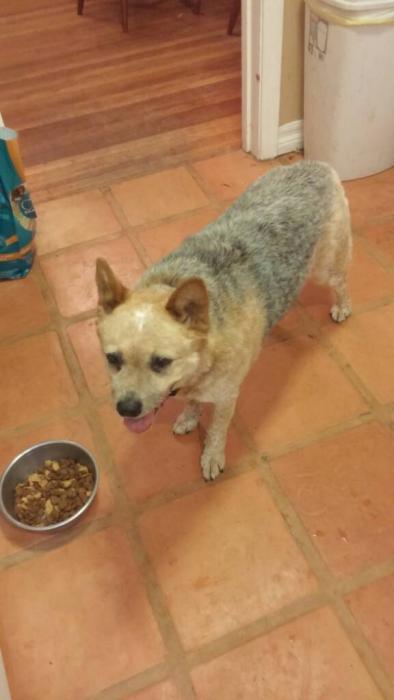 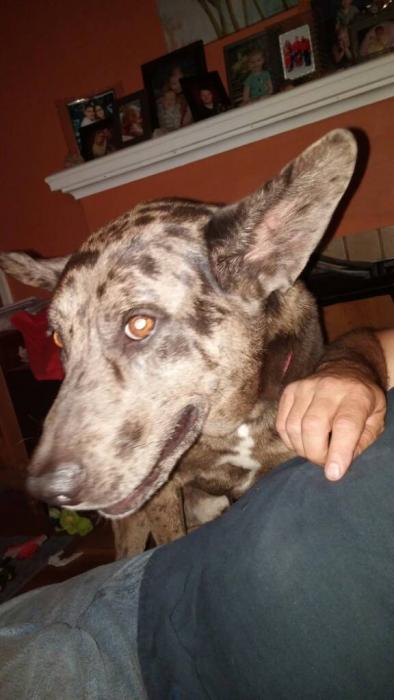 OH my gosh, Stacyspy! Those baby goats are tugging at my heart strings!

My best friend, back in England, lives on a little farm and they have baby goats with the little toggle-y bits under their chins (I can't remember the name!) and they're just the cutest little things. I'm actually about to start working on the dairy farm that my boyfriend manages, and although the calves are kinda cute, they really do pale in comparison to baby goats!

Dragon, Fairy, and little Cthulhu who isn't with us anymore

Awwww all these,pics make me miss my dog n cat... had to leave them behind when I moved to Houston. Both found good homes but I miss them.

Location
I live in NC

hiccups when little with her brother whom I gave away-

the boy kitty who a neighbor asked me to give to him.-

This is my Fireball. Don't let the pictures fool you, he lives up to the name! I adopted him when he was 1.5 years old, he's about 4 now, and only slightly less wild. 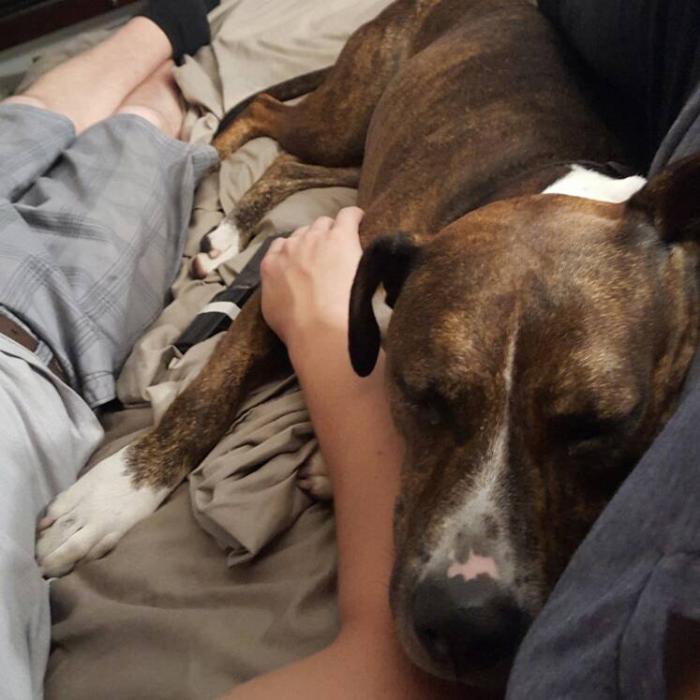 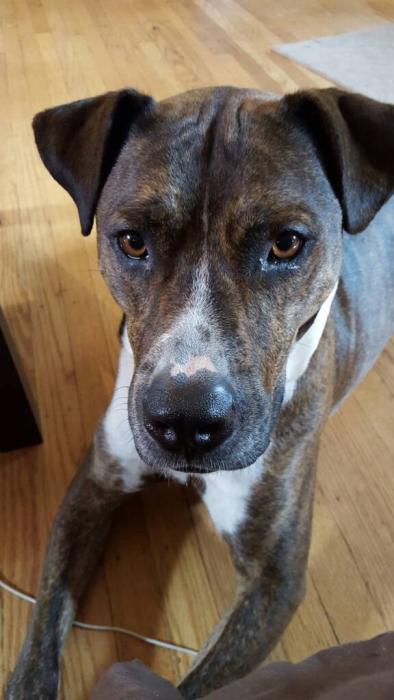 Such gorgeous dogs, cats, goats, and rabbits (my favorites!). This is the best photo I found of my two dogs, Brenna the weimaraner and Midnight the lab / shepard mix. We received Brenna from a neighbor who had two large dogs in an 8'x8' porch. She is turning 4 on 9/11, and after two years of being wild and crazy she has mellowed out to a couch potato who only gets excited if I pick up her leash.

Midnight came from a friend who was moving away to attend college. She is 10 years old and really prefers people to other animals. This photo is one of the rare times she allowed Brenna anywhere near her on the couch!

I adore these photos! I want to squeeze them all!

This one is still cracking me up - RAAWRRR I YAM FIERCE!

And Fireball has kissable lips, I can tell!

Aww, everybody has such adorable fur kiddies. I couldn't find any recent pictures, but these are my guys (now just a little older and grayer).

Mr. Plumpers: my daughter's much-loved loaf of a ragdoll.

Otter: the most charmingly obnoxious rescue Bengal (literally rescued as a kitten when a coworker found him bloodied and yowling after he and a littermate had been tossed in a bag from moving car on a freeway). He's now spoiled rotten and rules the house demanding attention and getting into trouble.

I have to echo others, every single picture here makes me go "awww". It is the eyes, I think. The baby ones are a gimme in the "please kill me before I die of cuteness" way, but all of them, the eyes just melt me.

Animals may have more "simple" souls than we do, but they are so much more loving and straighforward and good, I really think it shows there. OK, crazy dog lady out.
Last edited: Jul 27, 2015
You must log in or register to reply here.
Share:
Facebook Twitter Reddit Pinterest Tumblr WhatsApp Email Link