A 7/2/1 color split for a relatively simple soap.

All three batters were poured against the sides of the mold, which was tilted one way for the accent colors and the other way for white. There was no divider. Instead, I used the white to constantly push back the creeping colors.

I didn't know the white would almost perfectly box the green, or that only the copper would be striped -- and curled. It all makes sense to me now. Hey, better slow than never. 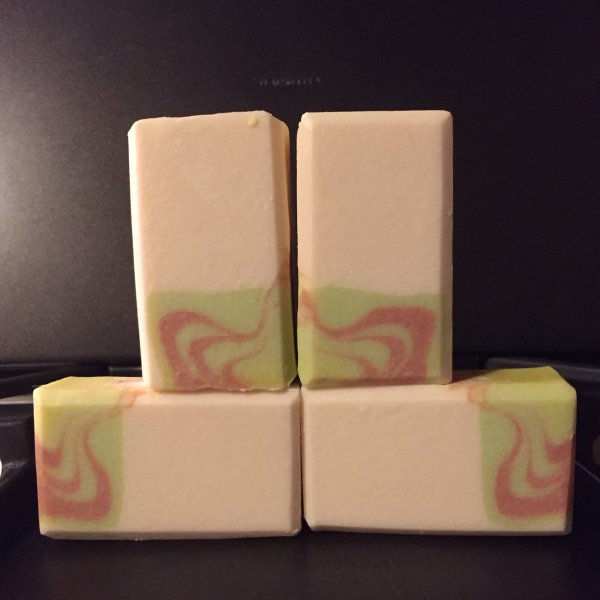 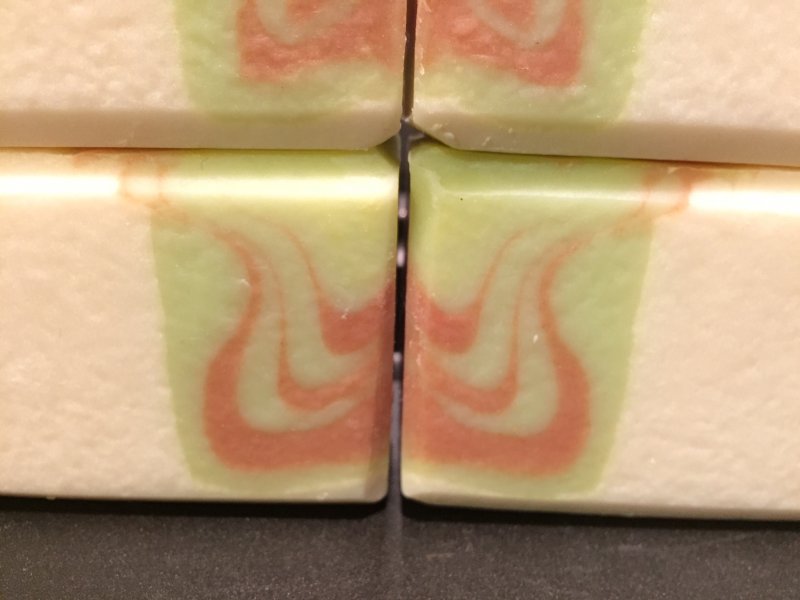 I call it Caged Tiger because the stripes are (mostly) contained in the box, yet curled with orange energy. Though it occurs to me it's more like a zebra, since the stripes were laid next to each other along the side of the mold, instead of atop each other. Does anyone else think of that as being the difference between zebra and tiger stripes? In blogs and videos, the terms seem to be used interchangeably.

All batters were fluid throughout the process, which leads me to say, Brambleberry's Grapefruit Lily kept the tiger tamed. Not its fault I was a little short on the green, which let a few tendrils escape that cage.

Nice job I love the name too! How did you like working with Grapefruit Lily? Did it rice on you? It has riced on me.

soap1daze said:
How did you like working with Grapefruit Lily? Did it rice on you? It has riced on me.
Click to expand...

I really haven’t had problems with it. I’m almost to the bottom of a 4 oz bottle. I think a different batch had accelerated on me, but this one didn’t. But I was careful to just get emulsion, then separate the batters and hand stir in the fragrance.
M