What happened to my HPCP?

I'm on an iPad, so this will be in sections. I'll post the screenshot of the SoapCalc recipe I used. First, I weighed my water & CA (14 gm) and dissolved the CA in the water. Then I added the 135 gm NaOH (126 for recipe & 9 extra for CA). Once that was dissolved, I added a cotton ball sized piece of Tussah silk. When the silk was dissolved, I added my frozen buttermilk to the lye. While the lye was cooling, I weighed the fats & oils then heated them to melt the lard and rock-hard coco butter. I pulled out 2.66 oz of oils to use as SF after the cook. I added 2 tsp SL to cooled lye then I mixed the oils & lye with a SB until they were fully emulsified, but didn't reach trace. I put it in the crockpot on high and let it turn in on itself twice with the lid on. Normally, it would be thick by now. However, it looks like chicken fat. I left it cooking for about 30 minutes longer, but it didn't make any difference. So, what happened? Any ideas? Did I not blend it long enough? Is there too much water? This is the first time I've tried the 3:1 water:lye ratio. I've always just done the 38% water to oils that SoapCalc is set on. This is the recipe.

This is a photo of what it looks like. I have a video, but can't attach it. I'll try to figure out how to post a link to YouTube if anyone wants to see it. 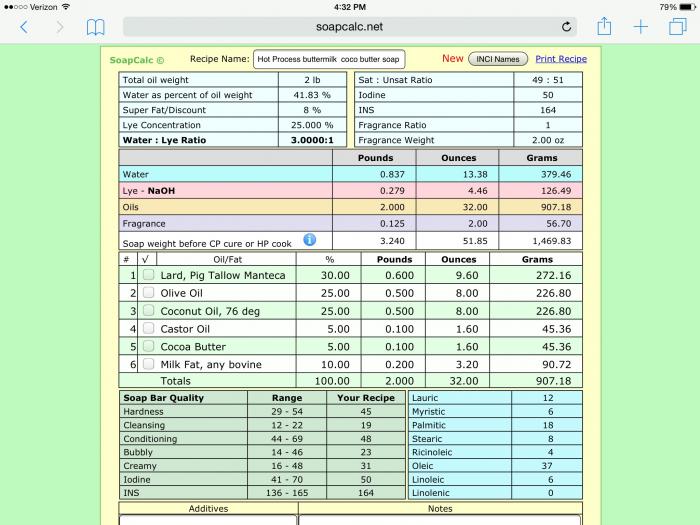 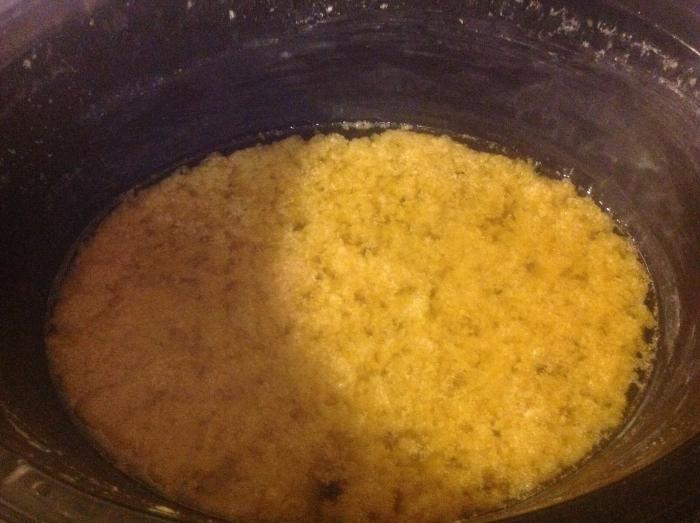 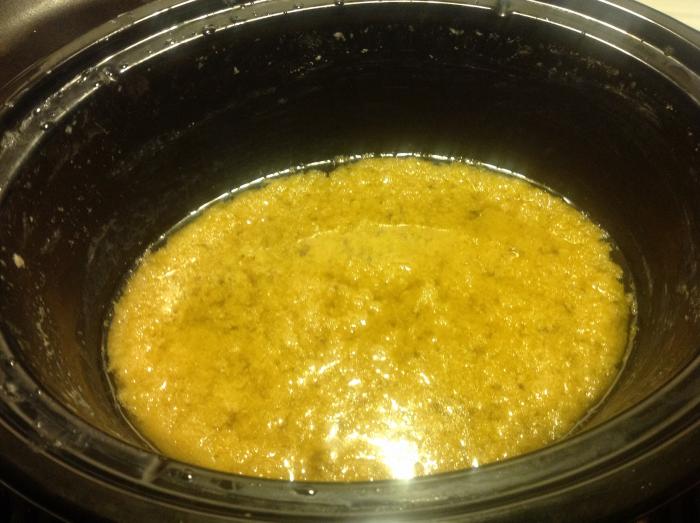 Looks like it is separating. Have you blended it again?

Also, if you are just taking out some of the mixed oils to use as SF at the end, you don't actually need to do that - it helps having a medium to mix things like scent in to the soap, but other than that you would end up with something not much different than just a normal lye discount.
Last edited: Jun 29, 2015
S

What are you counting as the "milk fat, any bovine"?

Susie said:
What are you counting as the "milk fat, any bovine"?
Click to expand...

Yep, thats separation. You can take your blender back to it until it comes back together or even hand whip it with a stout whisk. I've found that my high lard recipes do this if they get too hot. Also curious about the bovine fat, hope it wasn't the buttermilk.
S

If the "milk fat, any bovine" is the buttermilk, you probably have a lye heavy soap there. That is more intended as a listing for butter. (which from all accounts leads to stinky soap)

I too question the milk fat option. If it's just the buttermilk I don't usually account for that at all in the a my SF. That could certainly be the problem.

I get similar looking results the few times I've HPed full milk soaps. I just blend it back in. Like the others mentioned, I just count my milk as my water and don't account for the extra fat on SoapCalc other than possibly lowering my overall SF by a percent or so.

From the color, you might have cooked it too long before blending it back it... I keep my SB handy until it stops trying to make curds on me. I'd try to save it though.
D

I've gotten that. Usually b/c things have gotten too hot. Just keep blending it. IMO, it will want to re-separate, so blend, stir and let it sit for a moment to see if it separates again. If it does, blend some more. Keep blending until it can sit for a few minutes without separating.
K

Milk fat as far as I know, is either regular butter or clarified butter( ghee). What i don't know is if butter can be made out of animal milks other than cows milk.

Yes, I was counting the buttermilk as the milk fat. THAT explains why I cannot find "goat milk" on the freakin' calc! I put the gunk into a double boiler this morning and salvaged it. I wonder if it separated because I didn't blend to trace before I cooked it. (But I never have before.). Also, should I have set the crockpot to low instead of high? (My other batches were done at high.) There were two things I did differently this time, I added SL and the water:lye was 3:1. I've never had that much water before & I've recently purchased the SL.

The SF oils I had set aside were for blending my clay, not really SF per se. I'm actually doing this over again this morning as a CP, so I'll re-calc without the milk fat. I already have that amount in the freezer, so I'll just deduct from the water. The salvaged batch looks like crap, so lucky for me, I'm not planning to share. If it is lye heavy, I'll either rebatch it or just toss it. Since it has clay in it, it won't make a good laundry soap.

Thanks everyone for your help. I'll let you know if the soap turned out lye heavy. I used individual molds, but I'll cut the soaps in half to check for lye pockets. I did get a lye burn from the pot when I scrapped the sides of it to make a soap ball. I thought it was hot water at first and ignored it until it continued smarting.

I would have gone with low and kept an eye on it, because buttermilk is a heater to begin with.

I'll do that next time, Dancer. I was in there with it and watched it creep up the sides a few times. I took the lid off, but it never occurred to me to lower the heat. And I didn't think I could use the blender when it did that chicken fat thing. So, instead of being a disaster, it was an education in what to do if this happens again. Now I know what separation looks like and what to do about it. It's all good, right?

It separated because it got too hot, I've had it happen quite a lot because my old crock pot gets too hot, even on low. As long as it calculates out to be a safe amount of lye and it doesn't zap then it's fine to use.

Any alternate liquids you add to your recipe should always be included in the water portion of the recipe. Milks will have a bit of fat in them but not generally enough to worry about. The exception being coconut milk, it has a lot of fat and can raise your SF significantly.

The brand I use, if I replace 100% of water, it will raise the SF roughly 8%. Because of this I generally use coconut milk at 50% of the liquid.

I salvaged the batch. They are rough looking, but I'm sure they'll work.

I redid the recipe as CP the next day and I just cut them. They came out great. 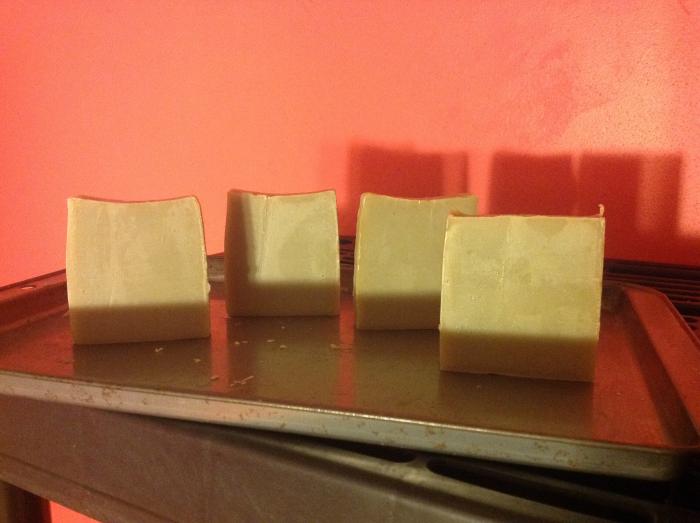