I don't normally put lavender buds on my soap, but several people have asked for them, so I gave it a whirl. Sprayed the top with 90% alcohol with the hopes the lavender buds wouldn't turn into mouse turds and the lavender looks fine, BUT there are brown spots AROUND the buds! I'm pretty sure it's just discoloration since there is no bad smell and the brown spots rinse off along with the lavender buds.
My question is : Is this likely to progress into DOS? BTW, this soap is two weeks old.
Please correct me if I'm wrong about the DOS, and any tips on how to avoid this in the future would be greatly appreciated!
Thanks! 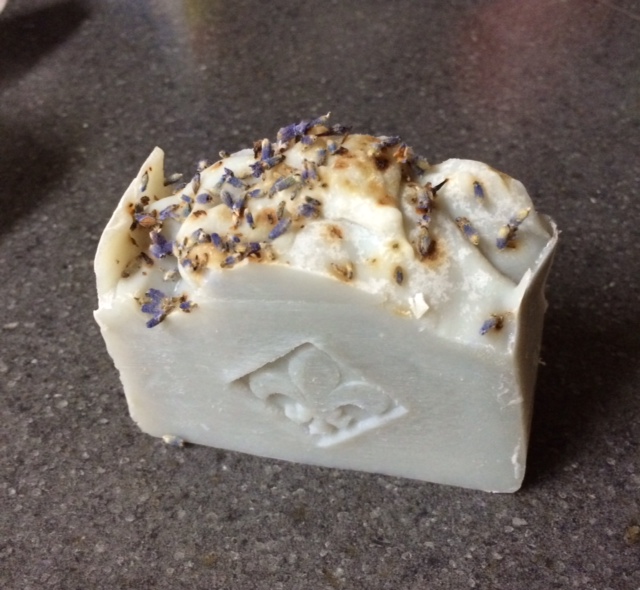 I think the soaps are really pretty now! You probably have more experience than I do which such things but when I have done this I don't get DOS, it is just that the rest of the soap w/the lavendar on it will get brown and yucky. It sucks that there seems to be no good way to do pretty botanicals on top (except for calendula.)

I always wonder when I see pictures of beautiful petals on soap if people have somehow cracked the code and made them stay that way in the long term, but have never found/received any affirmative information about that, so I don't do it anymore.

Whenever I have tried putting pretty stuff (eg, lavender, rose petals) on top, I always end scraping that stuff off as soon as they get ugly - usually pretty quickly - and planing them. No DOS though, so that is good.
Last edited: Sep 24, 2015

I think your soaps look really nice too! Every time I've used lavender, they've gotten yellow around them just like yours. I don't think anyone would mind because it does look natural and earthy. I started using cornflower petals on my lavender soap. I add it when the top of the soap is almost set but still sticky and I use a skewer to press them on to the surface of the soap. They stay a nice bright blue with no yellowing.

I also have had good success from the rose petals from WSP. I've made many many batches of rose topped soap and they stay nice and red/burgundy. I put them on the same way, once the soap is almost set.

not_ally said:
I always wonder when I see pictures of beautiful petals on soap if people have somehow cracked the code and made them stay that way in the long term, but have never found/received any affirmative information about that, so I don't do it anymore.
Click to expand...

Someone sent me this pic and the website recently and asked if I could make soap like this for them. I was just like "How in the hee-haw do you even USE this soap??" I mean it's totally gorgeous and all, but what do you do with it other than have it gather dust as a decoration? Psh...I make soap to USE! :?
http://www.mstrand.co.uk/index.php?id_product=20&controller=product&id_lang=2

Thanks for the tip about the cornflowers, TVivian!! And it's always good to hear from you - hope you're doing well!!
I do like the rose petals from WSP and I actually just made a soap with them for the person I was talking about in my previous post. I went through my WSP baggie and pulled out the intact buds and studded the center top of my soap with them and sprinkled a few petals over the rest of the top - great tip about pushing them down with skewers as I did lose a few!
I hope she likes the soap - it's not as fancy as M.Strands, but you can USE it!! 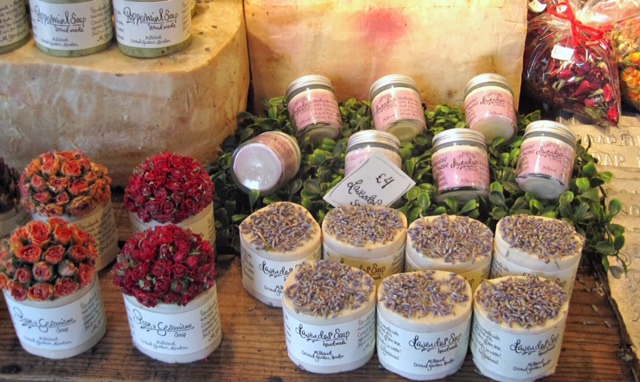 I believe it is the alcohol that causes the brown spots to develop. I used to get them too, until I stopped using alcohol. Now I just use the back of a spoon to push them into the surface of the soap, and they still look beautiful months later.