Liquid soap made with Beer... Troubleshooting

Hello everyone- I am trying to trouble shoot or I guess re-assure myself this batch of Liquid soap is going to be okay. I am a multi-crafter Aka Polycrafter. I usually knit, sew, brew beer, or other crafty projects. This is my 4th batch of liquid soap and it's been 2 years since the last one. Can you please help me?

So, my questions are:

Here is a link to the original recipe http://chickensintheroad.com/house/crafts/how-to-make-liquid-soap/

Based on ingredients in hand, I made a few small adjustments. I was a dummy and ignored my own rules and didn't run it through a lye calc until is started having doubts ( 7 hours into cooking)
Here are my adjustments:
Oils
24 ounces coconut oil
11 ounces olive oil
9 ounces castor oil
4 ounces jojoba oil
Lye Solution
11 ounces potassium hydroxide
33 ounces* Beer (velvet ESB from Hopworks)
*All of the ingredients except the beer were weighed on the same scale.

When I looked at the numbers from the lye calculator, I noticed two things. I added too much Liquid- both calculators (Summer bee meadow & Saponify app) said about 10 oz or more too much. It also appears that I added too much Potassium hydroxide.

Okay, now for the "issues".... The soap traced quickly and then went soft again. It didn't separate, just went soft. I cooked it for at least 7 hours before giving up and letting it rest in the crockpot for a few days. During the cooking, it did boil over and the funny thing is, the soap that hit the counter cooled to be what I was hoping to see in the pot. It never reached a hard Vaseline state, but is a dark clear-ish, somewhat thick... pudding.

So I diluted a test today (2 days after the cooking day). 2 oz water to 1 oz paste. It took a while to dilute. It's a very dark, slightly opaque dilution due to the beer and the jajoba oil. I am just a bit nervous because the dilution is quite thick especially in relation to the liquid nature of my "paste". I know it won't be clear, and I am just going to move forward full dilution.

Any pieces of wisdom to share with an occasional soap-er?
S

First off, welcome to the forum!

Next, I ran your recipe through Soapee.com (much easier lye calculator, and very user friendly) with a 3% Superfat, which is pretty standard for my hand soap recipes. It is close enough to that there should be no issues. Go forth and dilute!

You don't need to cook that long. What you think you should see and what you actually see are often two different things, so don't let your expectations cloud your thinking. My paste right after it's made can range anywhere from a very firm translucent paste to a soft opaque-white jelly. It's all been fine.

A properly designed recipe will saponify just fine without a lot of hovering, cooking, and fussing. Get the paste to a stable emulsion, and the lye will take over from there. If we made bar (NaOH) soap the same way that many folks make KOH soap, absolutely no one would use the cold process method -- it would all be HP!

I can't speak about what the soap calculators are telling you about the water, but I prefer to use 1 part KOH to 3 parts water-based liquid. When I've used a 1:2 ratio of KOH to liquid, the paste can be very thick and hard to stir.
S

See, now, I was going to let them dilute and realize they have soap before telling them that all that cooking and stress is just not necessary. That they could have just gotten it to emulsion, covered it, and walked away. :-D

Oops! I stole your thunder, Susie. I'll be more patient and wait for the punch line next time!!! :mrgreen:
S

LOL, no worries! I love the fact that we can all help those folks not cook for hours.
P

Thank you everyone for you reassurance. I will start the dilution process today and post a follow up soon.

Please do -- I would love to see the results!
P

So, I did a small Dilution batch of 1 lb. Neutralized with borax, added 6 oz of glycerin, and 0.5oz of castor oil. It works but is still cloudy. I might see what a week or two of resting does.... 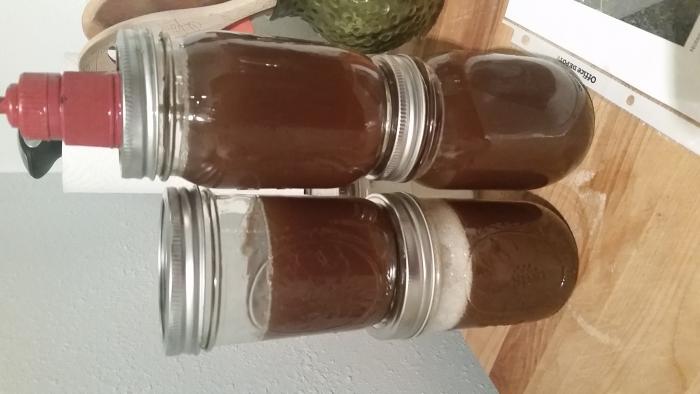 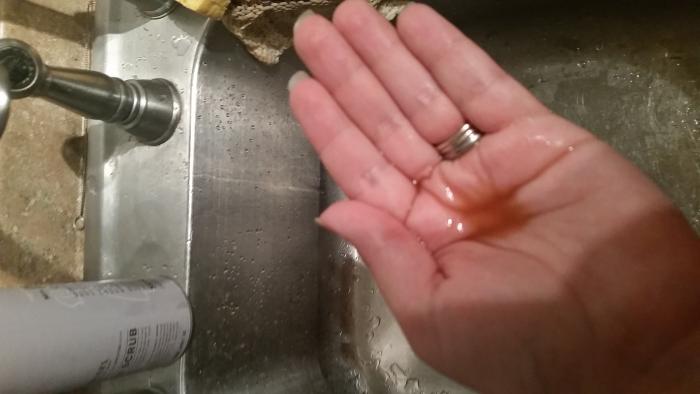 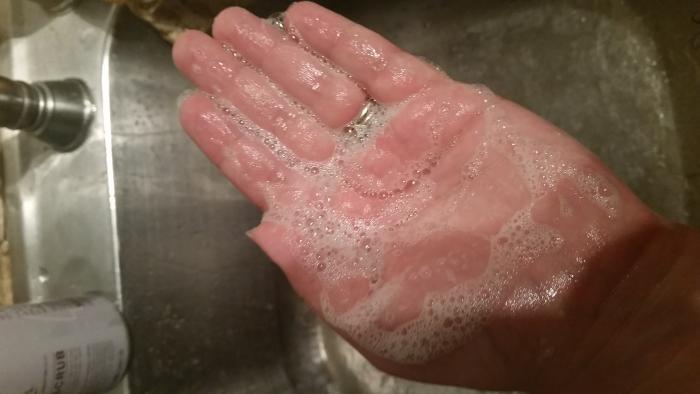 Adding glycerin when diluting will cut your lather to some degree. It's not the end of the world, but the difference was perceptible in the test I did.

I would not expect this soap to ever be clear -- you used a fair amount of jojoba in the recipe for one thing and that adds a lot of unsaponifiables to the recipe.

The added castor oil will also cut lather. Your base recipe was already at 3% superfat, so I'm puzzled about the use of additional fat? If you wanted to superfat with a water soluble fat, you would want to use turkey red, not plain castor.

I am also concerned about the added borax -- again, your soap was not lye heavy per Susie and per my quick check. Why add a neutralizer? The castor and the borax may cause your diluted soap to separate.
S

I'm glad you caught that! I completely missed it!

As DeeAnna said, you did not need to neutralize, add more oils, or glycerin. You already had a 3% superfat, not a lye heavy soap to need oil or borax.

Jojoba is one of the oils that has too many unsaponifiables to ever give you clear soap. Tallow, lard, and stearic acid are also on the "never going to be clear" list.

Length of cooking is not the sole determination of clarity as some videos and books would have you believe. You don't even have to cook soap to get clear soap, you just have to have a good recipe and not mess it up by doing too many things to it.

You DO need to learn to use a good lye calculator. My favorite for most things these days is Soapee.com. It is very user friendly and will save your recipes.

I use a 3:1 water:lye ratio to make the paste easier to work with.

I use a 3% superfat for hand soap, 0% for laundry and dish soaps. I never, ever use a lye heavy recipe. It is just not necessary now that we have good lye calculators. I respect those that had to do that to be sure they saponified the oils, but we have good lye calculators now that makes it unnecessary.
Last edited: Oct 7, 2015
You must log in or register to reply here.
Share:
Facebook Twitter Reddit Pinterest Tumblr WhatsApp Email Link