Now that the ZNSC thread is locked for good, it's time for the herd of @Zany_in_CO's disciples to get grown-up, and spread the Good News out into the wild in their own threads…

The days of my macadamia castile are numbered (in fact I'm just using it up right now to test it & post an overdue update to that thread over there). Of that trial, the macadamia one really has won my heart! Not the least castile slime whatsoever, surprisingly abundant & fluffy lather, and pleasant skin feel (less “castile drying” effect than from the average high-oleic castile). So it's about time to care about replenishment! 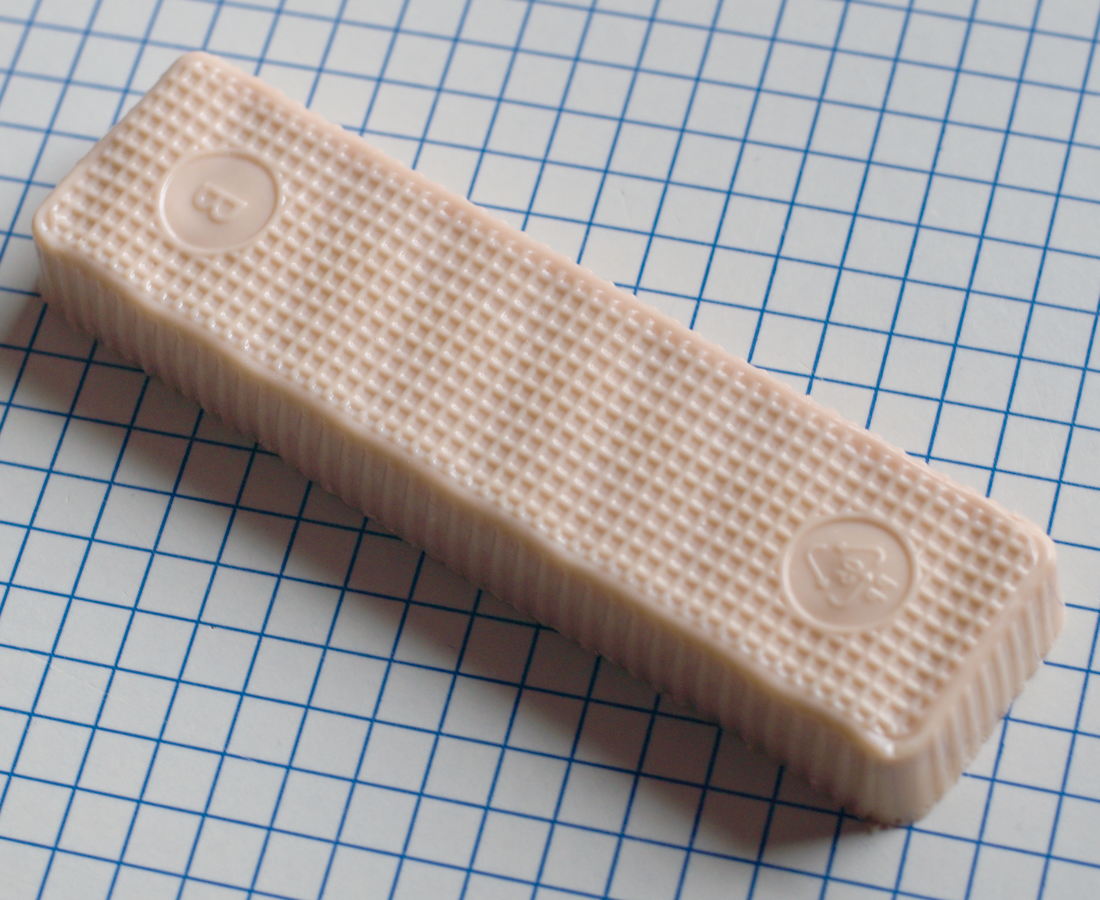 With macadamia the secret tip in terms of lowest PUFA content of all soft oils, I had the unnecessary aspiration to lift the iodine value to that of olive oil, by adding a mid-linoleic oil. My facial skin is a fan of sesame oil, so the choice was easy

. (It totally wasn't to make sense of the “ZMSC” backronym

Some lye masterbatch magic later (to each part 50% NaOH solution, add 0.35 parts of water with 4% of NaCl and NaHCO₃ dissolved), it was spatula time! Something in the macadamia oil instantly turned the batter into this fleshy, antique-pink colour (macadamia has to have some downside

). This has been seen before by others as well.
Emulsification was a matter of seconds, and the nutty odour of the oils only intensified. But then, oh boi. It seems that I want to suffer from my laziness to clean the stick blender. Periodic stirring, waiting. Still only thin trace after 7 hours … then I lost patience and threw it into the oven for CPOP. Went quickly into gel phase, and in fact I took it out mere two hours later, still warm yet nicely solidified. By now, 20 hours after initial batter making, and 13 hours after CPOP, it slipped out of the ghetto-style mould willingly, and has become too hard for a wire cutter already. No zap, and it already shined in a very preliminary lather test (cleaning the tools).


CPOP ZNSC – The Choice Of The Impatient™

7 hours?? I'd have tossed it into the crockpot at 45 minutes! You are clearly more patient than I am. I love the ghetto mold. What is it?

I apparently won't emancipate soon from nougat moulds. Could be worse

The main disadvantage was that it's very thin PP plastic, and it started distorting a bit even at CPOP temperatures. So the sides are buckled out and not quite as straight as they have been with the nougat itself. You also see the diagonal wavy ripples all over the bar: that's the wire rack on which it was placed in the oven.

When I'll do this recipe again, I'd use a stick blender and CPOP immediately afterwards. This was also a test of a new batch of macadamia oil from another supplier; with the last, I was under the (possibly wrong) impression that it accelerated trace noticeably, so I wanted to be on the safe side now.
It seems that there is a difference between readily emulsified oils (macadamia, sesame, babaçu, flaxseed) and those that are actually quick-moving a batter (palm, castor). You have to worry most about acceleration if you have both types in your recipe (which I didn't).