Made 100%CO LS with potato water. Can't wait to dilute and try.

penelopejane said:
If you are running out of ideas for soap why not try this:View attachment 20439

Go on! I know you brilliant SMFs so can do it!
Click to expand...

Purchased some wood pieces to modify my regular mold. I need a smaller sized bar for a graduation party favor. Used full aloe vera juice with some sugar, added green clay, turmeric and chlorella for color (match school colors), EO blends "Fresh" and "Relax" that I found at target of all places. Popped it in the freezer-hoping to avoid overheating. So far I like the top, it isn't doing anything crazy in the mold and it smells good. My first CP soap in a long time. So happy to be soaping- I don't even care about the mess...:smile:

I so want to know how that turns out!

amd said:
It's been suggested before (I can't remember who so I can't credit) to put the fo in the mold so you can't pour without adding your fo. Maybe something like that would help. If you're splitting into colors for an itp maybe set the fo bottle in the cup you're separating into so you remember to add it before separating. Or if using two fo.
Click to expand...

SuzieOz said:
I so want to know how that turns out!
Click to expand...

I'm going to put it in the back of the fridge. I used the dregs of it to wash some dishes and it didn't dry out my hands. I must say, I can't wait to dilute and use it. :mrgreen:
K

Cut the soap I made Sunday. Was going to be for the challenge this month, but it got was too thick. So i just did a spoon swirl. 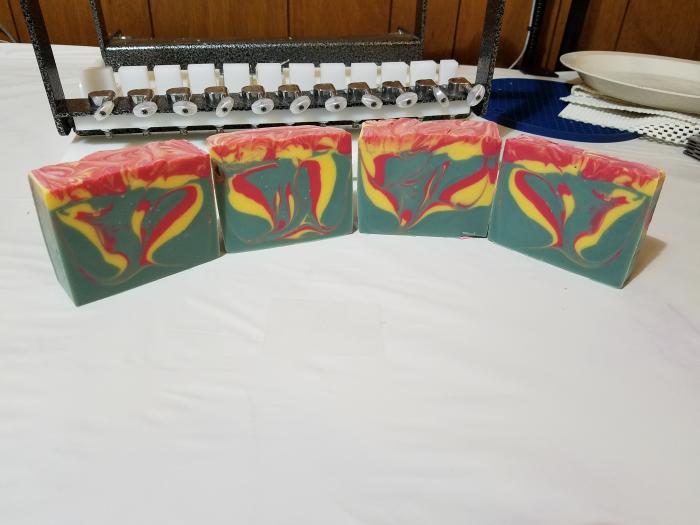 I made 2 soaps today. 1 lavender EO and 1 with Pink Musk from WSP. I botched the pink musk one...

I also am making mock samples for bridal favors for a show I'm doing next week. I'm kinda nervous for it but I'm also excited. I'm planning a brochure to go with it.

I washed and cleaned up the soap I messed up for the challenge. Liking them better and it really makes me want to learn swirls.

Still wrapping and labeling soap for my first show in 3 weeks. Have also made 150 lip balm.

Another attempt at the challenge soap, read some more on labeling (oy!) and packed up a bunch of my stuff to take to the campground. I have a feeling I'm going to be making a list when I get there and running back home lol
C

I haven`t made soap today, but I got such great feedback of my soaps from two separate people. Before I gave them soaps, I told them I wanted them to use it a good while before evaluating them, because something can feel fine for a while and then change. So I asked them to spend at least a month or so, both on hands and body, and then let me know.

The best part about this was that I didn`t even bring the topic up, and I certainly was not going to.

They claimed it was sudsy, creamy, smooth and smelled fresh and pleasant. It rinsed off well but still left their skin very moisturized.

Yes, I know, that last part (*sigh*) I have already told them nuuuumerous times it doesn`t work that way. My soaps will never moisturize their skin per say, even though they are superfatted 6%. They will just gently clean it so it isn`t stripped from everything. That is a feeling that can be mistaken for moisturizing. I could see they didn`t care about that, hehe, so I assume only well informed soapers like you guys, understand the difference.

Nearly midnight? Where are, somewhere in Europe I assume? Just it's nearly 11pm here in the UK so figured you're only one time zone away

LisaAnne said:
I washed and cleaned up the soap I messed up for the challenge. Liking them better and it really makes me want to learn swirls.
Click to expand...

Thanks? You have a cheesy smile!

LisaAnne said:
Thanks? You have a cheesy smile!
Click to expand...

The cheesy grin was to indicate I was trying to be funny not rude!
L

penelopejane said:
The cheesy grin was to indicate I was trying to be funny not rude!
Click to expand...

Oh Penelope Jane! I liked it, didn't think you were rude at all! 8)

I bought two tubes of 100% silicone at Ace hardware to try to make molds out of my Dollar General toy finds. I hope it doesn't rain this weekend because I have to do this project outside. 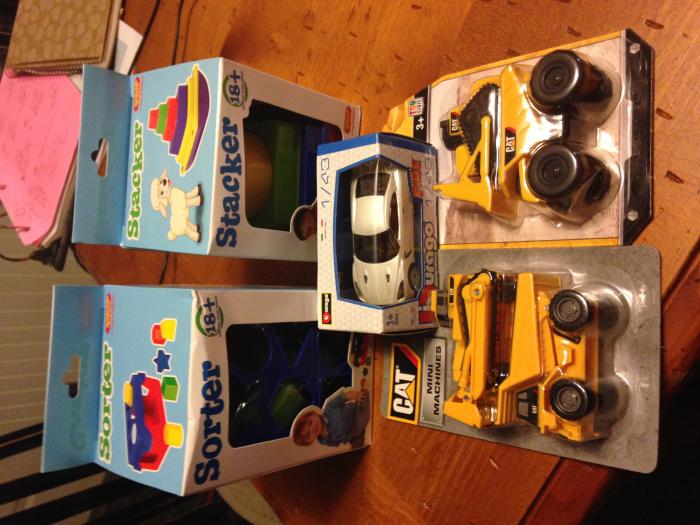 TeresaT said:
I bought two tubes of 100% silicone at Ace hardware to try to make molds out of my Dollar General toy finds. I hope it doesn't rain this weekend because I have to do this project outside.
Click to expand...

I have done this project myself. If you get some white spirits ( I think it would be called mineral turpentine in the US)it can help to thin out the silicone so its easier to pour. If you have found anything that says to add corn starch to it DONT. it makes it brittle and the mould just breaks really quickly. Also if you use a paintbrush to first brush on a thin coat to your item and then pour the rest over it it makes it less likely that you wont get air bubbles.

Anyhoo HTH with your project. Have fun
You must log in or register to reply here.

P
Finally back to making soap!

I've bought some KOH - now what?