So this is just my third batch of soap. Maybe I'm not ready for worrying about colors, but I thought this looked like it might be simple.

I used the recipe I used the last time and so far the soap is behaving perfectly.

After blending to trace, I added my eos, then separated a little less than half of the soap out into a plastic mixing bowl with a spout.

I added spirulina to the larger portion and poured it in the mold. I added parsley flakes (too many) to the smaller portion then slowly poured it into the mold as close as I could to the surface aaaannnnddd it disappeared into a single line along the top!

I swirled the top *a little* but not much because, well, because I have no idea what I'm doing.

How do you make a two-color soap with no swirls?

The first two pics are my soap in the mold, the last one is the photo I found and was trying to copy. 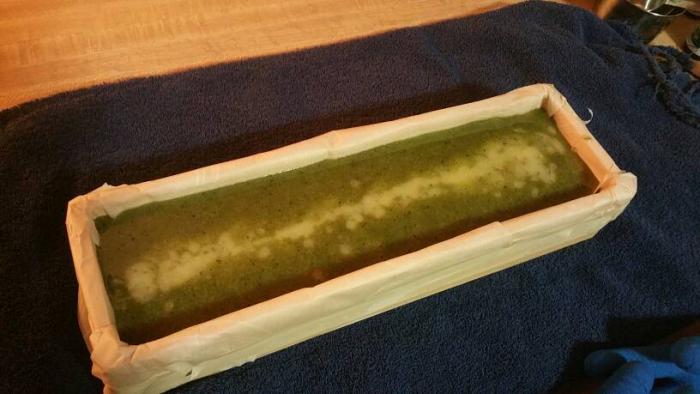 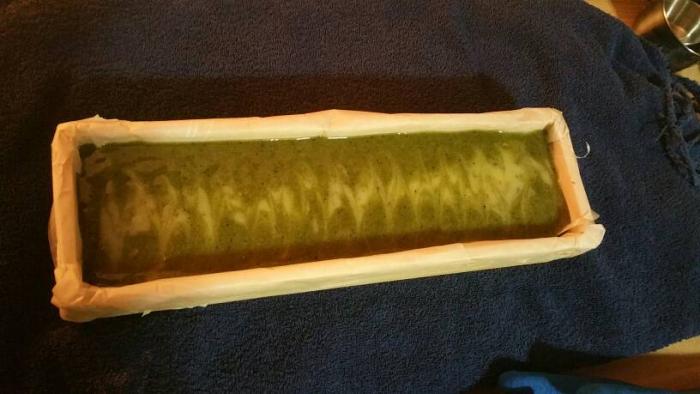 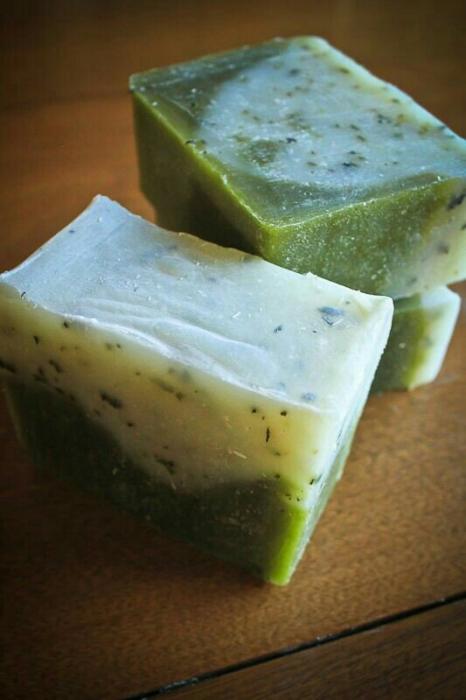 that looks great to be honest

to get layers without swirls you'll want the soap to be a little thicker when you start, pour it in and bang it down, then test just a little bit on the end till the surface tension will hold the batter up, and pour very close in, slowly over spatula to spread it evenly
M