Man, I have to give some credit to this beer, Bitter Woman by a maker in Lake Mills, Wi. I boiled it down by half, whisking it like crazy, left it sit out overnight and have whisked the crap out of it today but it's still putting up a head of foam that would make any brewer proud. It is ticking me off a bit because I like to get it to a smooth syrup but dang, it just won't stop! 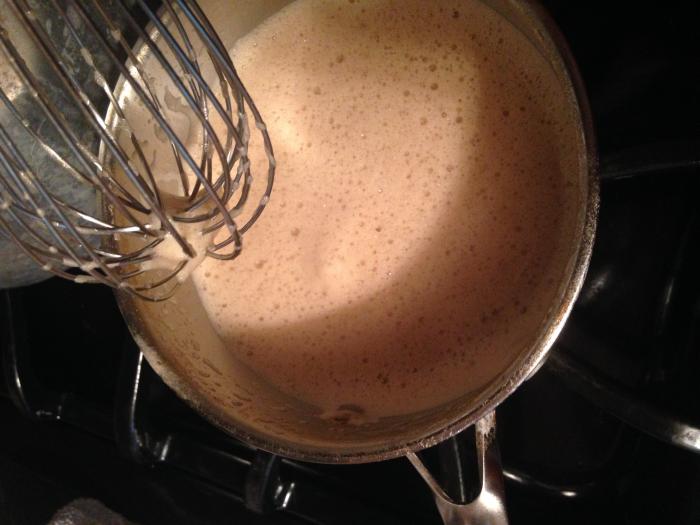 Why would it stop? Beer head is formed by proteins. You've concentrated them by boiling, and now you're whipping them like whipping cream.

If you want it to go away so you don't get air bubbles in your soap, you need an anti-foaming agent. If it were me, I'd go with simethicone, which is GasX, because it's easy to find. A few drops (from the dropper or from a cut-open gel cap) stirred in gently should kill the bubbles but I wouldn't think would be enough to carry over and impact the bubbles from the eventual soap.

Alternatively you can skim them off, but then you're removing some of the things you're using the beer for in the soap.
N

Every time I've boiled beer down, it will stop producing such a head of foam just under the halfway mark. In the past if I whisk, it will still bubble somewhat but not like this. I've boiled down a bunch and never had a beer hold this level of foaming at this concentration. I assume like all the others it will eventually stop no matter how hard I whisk but I'm not sure when that will be.

One thing is certain: if you've boiled it for any length of time, you've driven off all* the alcohol and all the dissolved CO2. Any foam you get now will be air bubbles that you're introducing instead of CO2 bubbles.


*It is not technically possible to remove 100% of the alcohol, but functionally it's all gone.
F

I've never had this happen, either. Usually after about 30 minutes or so of boiling the carbonation is gone. After letting it sit a few hours I'm able to use the beer in soap without issue. I wonder what's in that beer that makes it behave so differently?

I've never used an IPA, though. I usually use lagers, pils, ales or stouts, depending on the recipe. Just not an IPA fan :silent:
K

I do not use a whisk when I boil bear, I use a spatula. I agree that it is probably the proteins making foam from the whisk. Try using a wooden spoon or something to stir.
N

This is what I meant. Now I can whisk all I want and it can't hold any sort any sort of head. It actually held about an inch of foam overnight which is pretty amazing. This is still more bubbly than other beer syrups I've made. 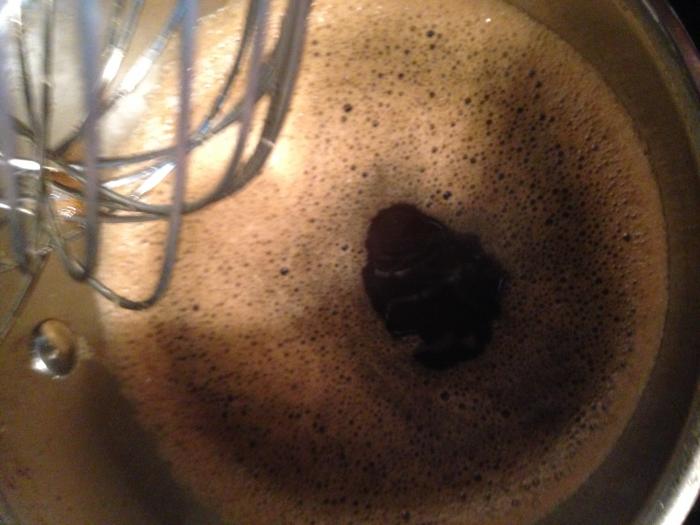 As we're on the way to buy beer, is there one beer better than others for me to use for CP?
N

I most often hear people mention stout. I'm not a beer connoisseur at all so there may be qualities from a type of beer that people feel lends the most to a soap.
G

I got an explosive beer from a friend who has his own brewery (great frined indeed). When you pour the beer you get a half pint of head.

I boiled down 2 pints into 2 tablespoon. It will eventually got thick like treacle I think.
N