Time for more tweaking and another batch

With each batch I'm getting closer to perfecting a recipe that I'm happy with and now I want to try the following (see picture). I'm contemplating adding 10% of either shea or cocoa butter and wanted to know if doing so would really add anything noticeable to the soap.
I typically add sodium lactate to aid in hardness and sugar for more bubbles. 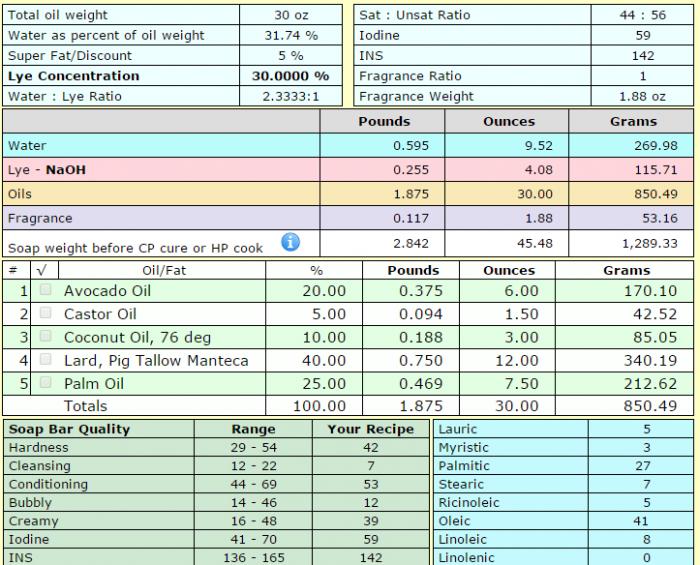 It depends - if you take it from the lard and/or Palm, then maybe not so much. Some people can't really call out a soap which has shea butter in place of lard, especially at those amounts. But then others do say that they notice the difference. The fatty acid profiles between lard and Shea are quite similar, but then there are the unsaponifiables which do differ between the two.

If you take it from the soft oils it will make a harder bar, of course.

Taking it from the coconut will lower your bubbles

Maybe give it a try and see
D

If you are doing HP, go for it.

Thanks for the replies.

I'm concentrating on the core recipe and colors aren't going to be part of this CP batch (unless I decide to make it all one color) so the rapid thickening won't be much of an issue and I plan to get it to a light/medium trace then pour into mold immediately after adding the scent.