Can cold-process soap have base?

Yep! Didn't ya know?
It's all about the base, no treble

I'm weird. My brain just started singing that and that song actually annoys me lol

No prob, dude! We will manage this. Start with 70% coconut oil + 20% stearic acid + 10% castor: melt up in a crockpot until clear. Add 3% of each clove EO and isopropanol. Meanwhile, mix honey into the lye water, and carefully bring it to a simmer just before combining. SB on “high”. Large slab mould with thick plywood walls (but good luck to transfer it over there at all).

Pro tip: pre-disperse plenty of TD into the oils, it really makes it easier to find all the spots where it has splattered after the Big Eruption.
Last edited: Nov 14, 2021

Oh no, not again! Those two are always breaking up, then making up. Probably because Milk keeps have those flings with Coffee. I mean, if I were Water, that would upset me, too! Why does she keep taking him back when she knows he will just do it again? Maybe it's for the kids...

Pro tip: pre-disperse plenty of TD into the oils, it really makes it easier to find all the spots where it has splattered after the Big Eruption.
Click to expand...

See, I was going to suggest vinegar and baking soda, but yours is much more advanced!
K

Dawni said:
Can cold-process soap have base?

Yep! Didn't ya know?
It's all about the base, no treble

I'm weird. My brain just started singing that and that song actually annoys me lol
Click to expand...

I thought it was about the baste, as in basting a turkey!

doo doo..." That song takes FOREVER to get out of my mind

Can't hang on to soap when using it:

doo doo..." That song takes FOREVER to get out of my mind

Totally stuck in my head now as well. UGH.

Can you help me out? My day job is in hypergeometric differential topology, nothing too exciting. Now my professor has charged me with substituting her to hold a freshmen's lecture. Point is, they aren't even doing normal simple stuff like proofs, series expansions, or matrix diagonalisation. Instead they are using actual numbers, doing mean things like addition to them, to make even more numbers!!
As something that she considers a “simple example”, she has included a walk-through of a soap recipe into the lecture. Like in, real-world things! Gasp. Until now I've believed that soap is something that falls out of a factory. Just to learn that they're handling numbers, and they call it “math” as well – though it appears that it has nothing in common with ordinary mathematics. I'm at a loss. Can someone help me please?

My honey is sticky

That's so weird, mine is too!

My honey is sticky

You mean there is an UNSTICKY variety?

Used pomegranate juice instead of water?

You can also add fresh pomegranate juice, it doesn't have to be “second-hand”.

OMG, Zany came up with another No Slime product? That gal can do ANYTHING!

Slimey Owls? So glad we now have a non-slimy owl alternative.


Can cold-process soap have base?

If you grew up in Canada in the 20th century, you think of this guy: 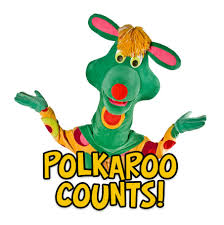 Ask a Japanese miso brewer, or a dairy master from northern France (Brie, Camembert, …), or the chatty Indonesian at the tempeh booth.
K

How do various soaps taste?

Well, I will have to see what Julia Child wrote about this ingredient in a dish. Off to my recipe books!

Outside Your Back Door