I'm so stoked about how this turned out I just had to share with you guys! I finally came up with an idea to use some Sorcery Soap soap dough that's been taunting me for at least a month if not more. The inspiration came from a new FO I ordered from WSP after deciding I could probably make lemon slices that actually looked like lemon slices Here it is freshly poured and then with the toppers. Can't wait to cut this baby with my new Bud cutter (her name is Precious btw)! 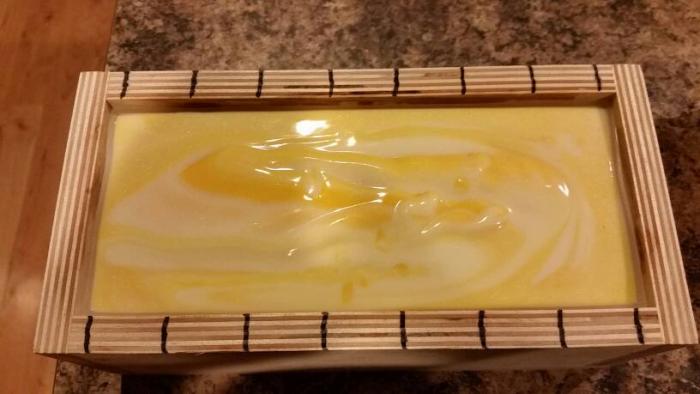 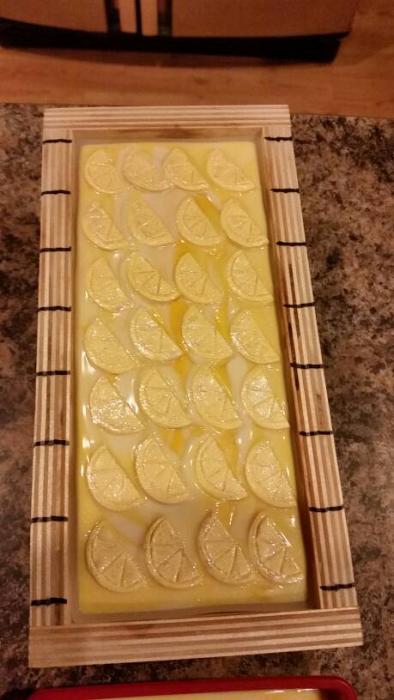 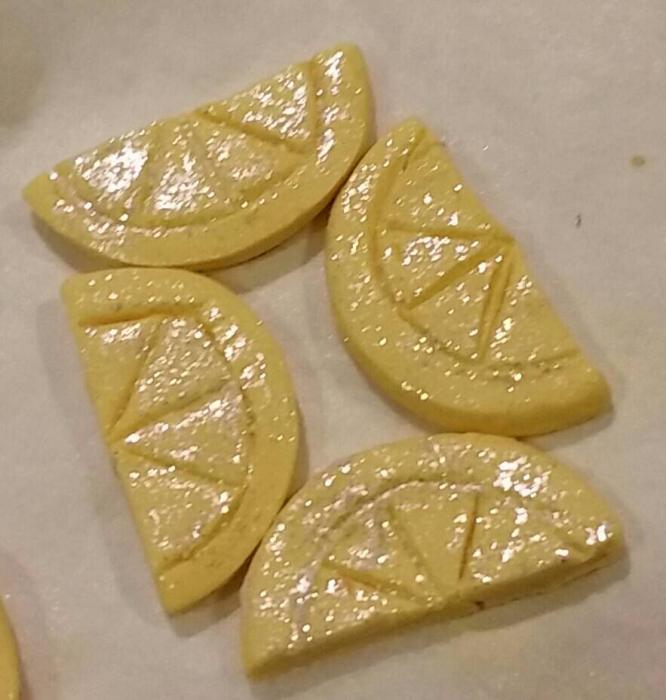 I love the way that came out!

I love those. Nicely done! Your soap looks so creamy

Oh nice! I love those! I just got that fo too but haven't soaped it yet, how's the fragrance?

So far I'm really liking the FO. It was a pleasure to soap and didn't speed trace at all in fact it was more the opposite. Batter stayed nice and fluid so I could have easily done more colors. I just hope the scent sticks and doesn't morph into something Pledge-y smelling during cure.

Wow, I love it. Wish I had time to play with soapy dough. I have thought about but wondered how long you can keep it in a bag. Did you just make your dough a few days ago? I need a Princess I do have a multi wire cutter that fits my loaf but it is quite rough around the edges, but it works. Hubby made it without proper tools, but I do not complain it gets the job done. I just want a pretty new Princess

Carolyn, I was pretty surprised how long the dough has lasted and stayed pliable. It's been wrapped in saran wrap and kept in a ziploc baggie for at least a month maybe going on 2. I can't remember exactly when I got it but it's definitely not fresh.

I started with a white piece of dough that I attempted to color yellow using some liquid M&P colorant. It wasn't doing the trick and was actually making the dough too sticky. So I added some yellow mica which was better but still too pale. I then had the brilliant idea to knead in some of the orange dough which was a little drier/stiffer so it all worked out.

Next I rolled out the dough with a fondant roller and cut circles with the back end of a large piping tip. Then I cut the circles in half and used a scoring tool to make them look like lemons. Since the FO is called Sparking Limoncello, I decided the lemons needed some sparkly glitter (brushed on mica in rubbing alcohol mixture). 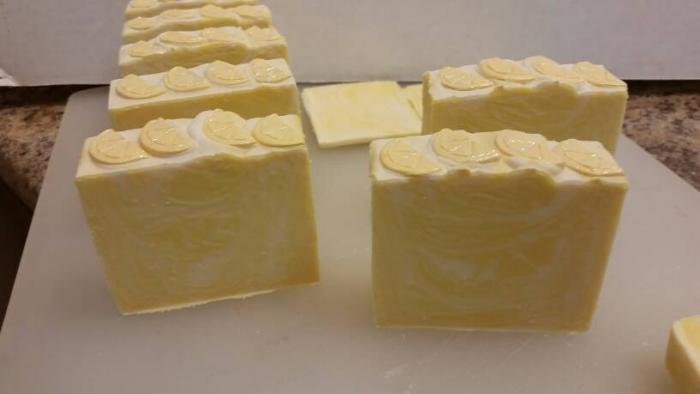 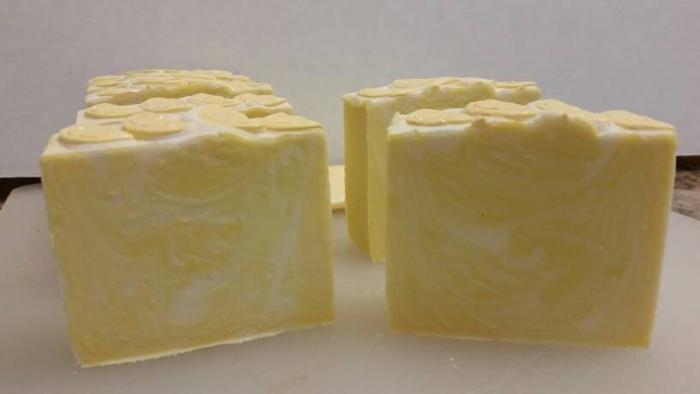 And I bet it smells wonderful. There's just something about limoncello......