The very first cold-process soap that I made (after years of HP soapmaking) was from the Lovely Greens website, and it included Earl Grey tea as well as bergamot EO. It took a long time to harden up, and even longer to cure out with nice lather, but the smell was wonderful from the start. I still have a few of those bars left, and they are wonderful now, even with the tea leaves bleeding a bit into the creamy yellow of the bars.

Ma's Soap Batch 1 with the Ione Swirl - complete. Exactly as planned, which rarely happens, with the ends exposed as a teaser. I can't help but feel like a naughty child hiding something from her mother. hahaha
Hubby John has dubbed it "Ma's White Fudge Oreo Soap". 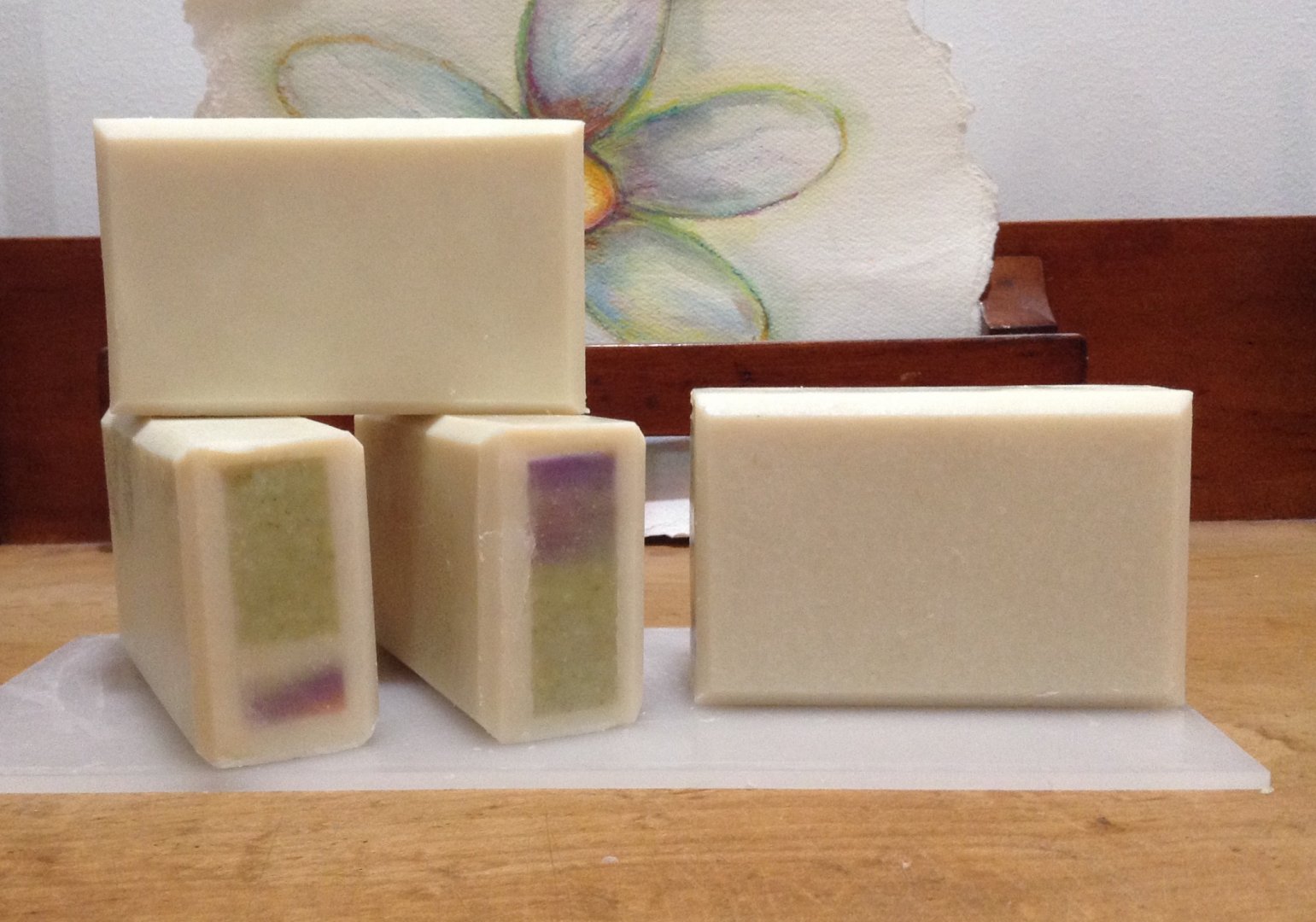 KimW said:
Ma's Soap Batch 1 with the Ione Swirl - complete. Exactly as planned, which rarely happens, with the ends exposed as a teaser. I can't help but feel like a naughty child hiding something from her mother. hahaha
Hubby John has dubbed it "Ma's White Fudge Oreo Soap".

These are soooo cool! Mama is going to love them.

I love your white oreo soap! Maybe using these will help her overcome the too pretty to use mindset too!

AliOop said:
Have you thought about doing a mica-in-oil drizzle/spatter just on the top of the soap? or on successive layers throughout the soap? It is so easy and looks like a million bucks after you drag a skewer through it.
View attachment 55270
Click to expand...

KimW said:
Ma's Soap Batch 1 with the Ione Swirl - complete. Exactly as planned, which rarely happens, with the ends exposed as a teaser. I can't help but feel like a naughty child hiding something from her mother. hahaha
Hubby John has dubbed it "Ma's White Fudge Oreo Soap".

Love your design' so unique..

My mold setup for the next layer in the multi-layer Ma's Soap Batch 2 - the alternating wall pour. I've officially lost my mind. 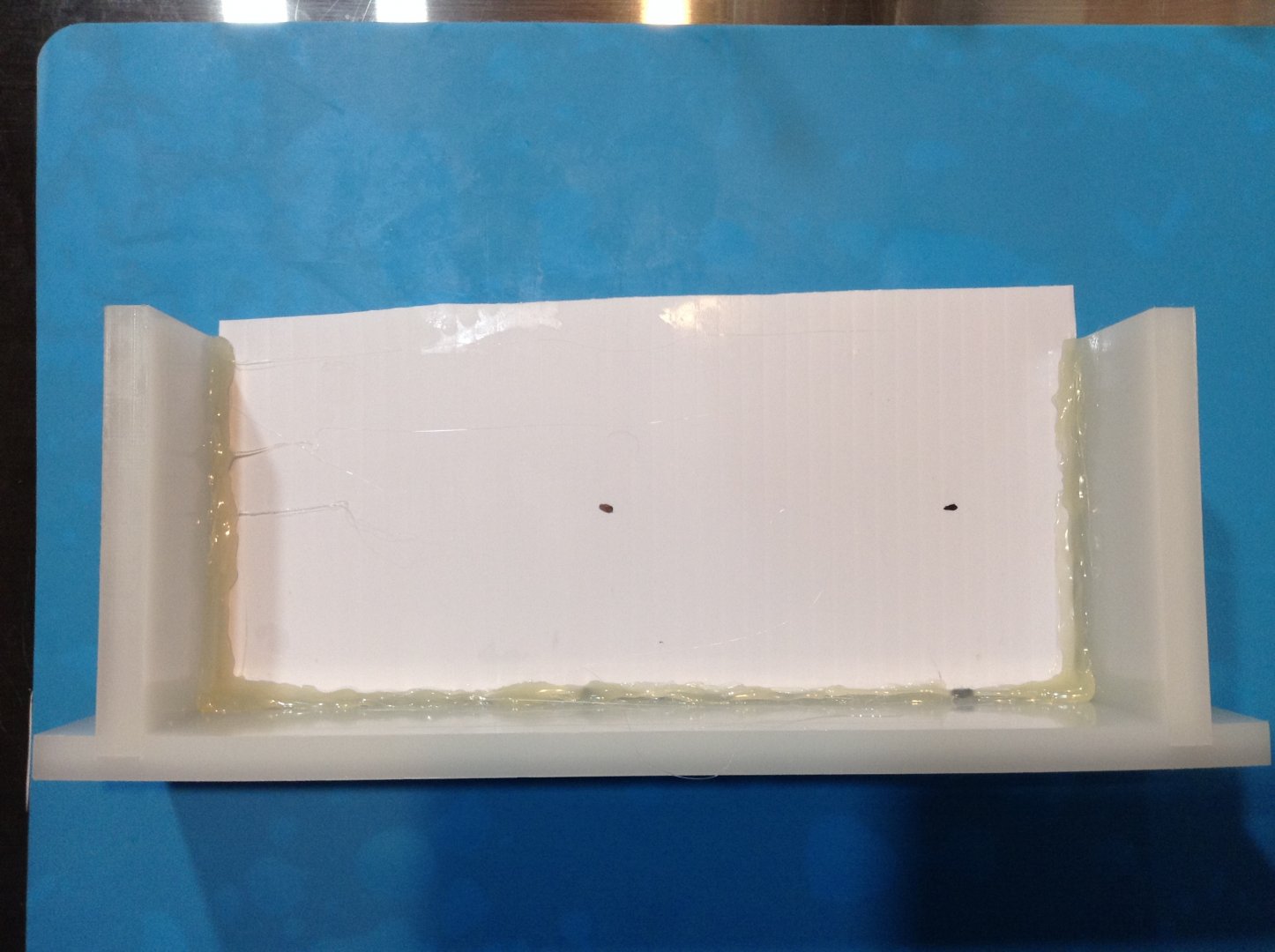 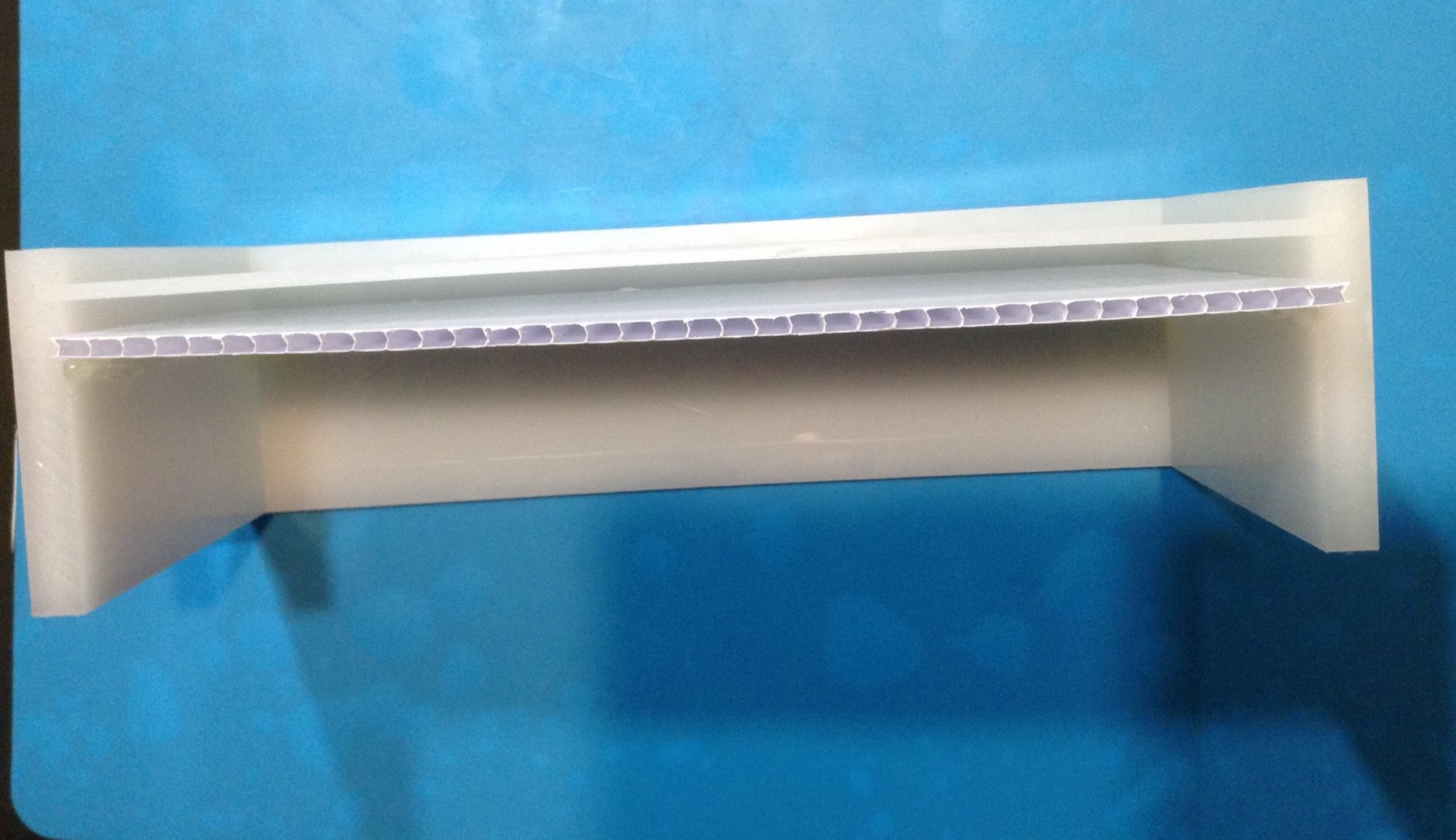 I can’t wait to see number 2

Alternating Wall Pour and Striped layers are poured. Can't wait to see what they look like tomorrow.

Here's the AWP thinking about what it's done.

Well, AWP leaves a lot to be desired, though it does look a lot better in person. The stripes were about what I expected because I really stink at doing vertical stripes. To be fair, I don't have a divider mold, which I should have more carefully considered.

I would have accepted the first one, but I totally messed up on my color plan, and so did another...which turned out worse than the first. LOL!! I did have the presence of mind to wrap both in cling film, so I was able to easily "fussy cut" nice straight stripes, arrange them in the mold, brush them with water, and throw them in the oven. So, will have to wait again to see how the stripes come out!

Note: I could have made a loaf of traditional horizontal stripes and shaved off a side for the stripey layer and the same for the AWP layer, but I don't need another 36 bars of soap right now and I do love a challenge!

The AWP - Didn't get @Zing's "mountain rangey" AWP but it looks enough like waves that it can be in honor of Ma's years living in FLA when she started and retired from a successful business. Yep, that's what I'm goin' with! 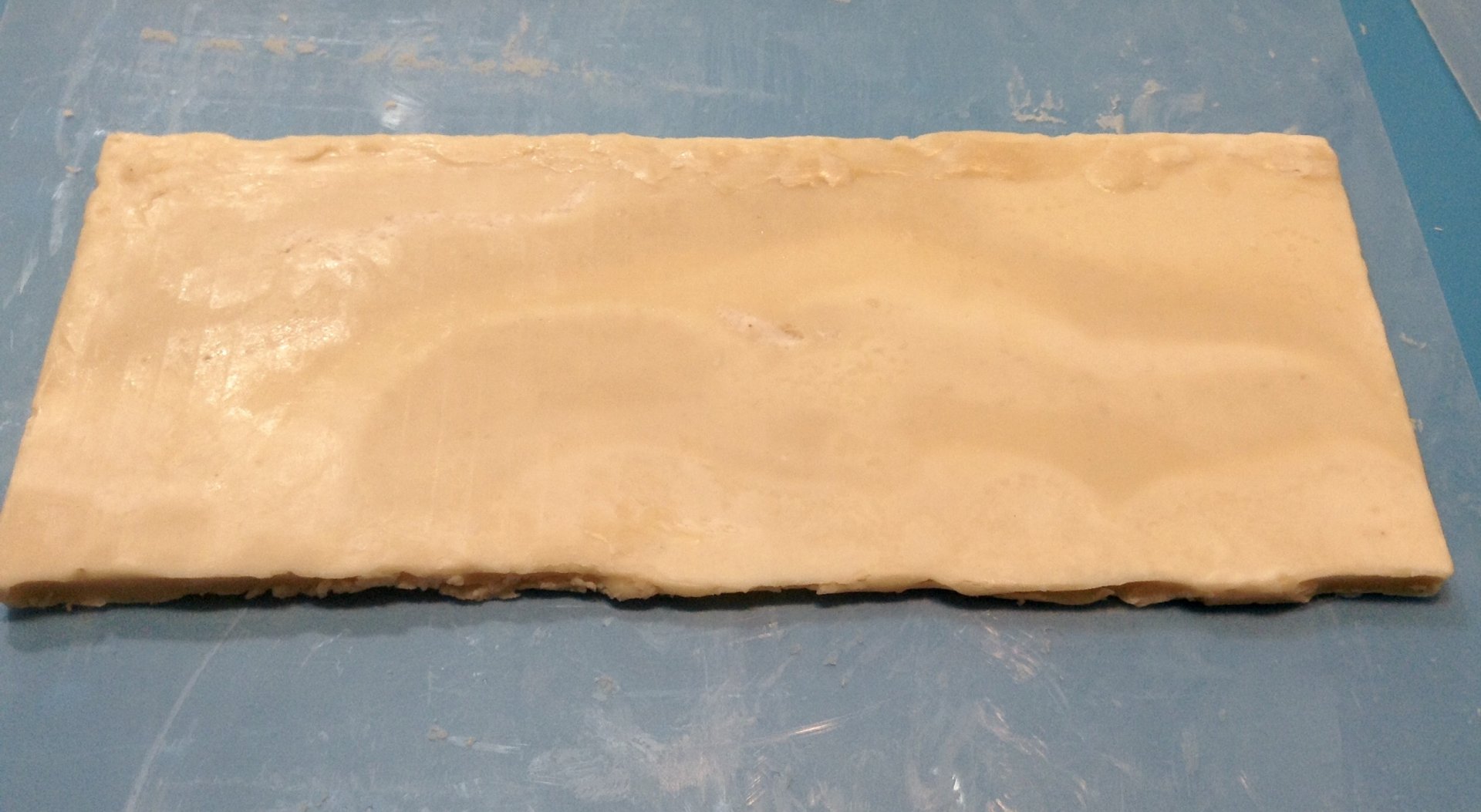 The "stripes"...there are no words... I DID use homemade dividers, just soyaknow... LOL 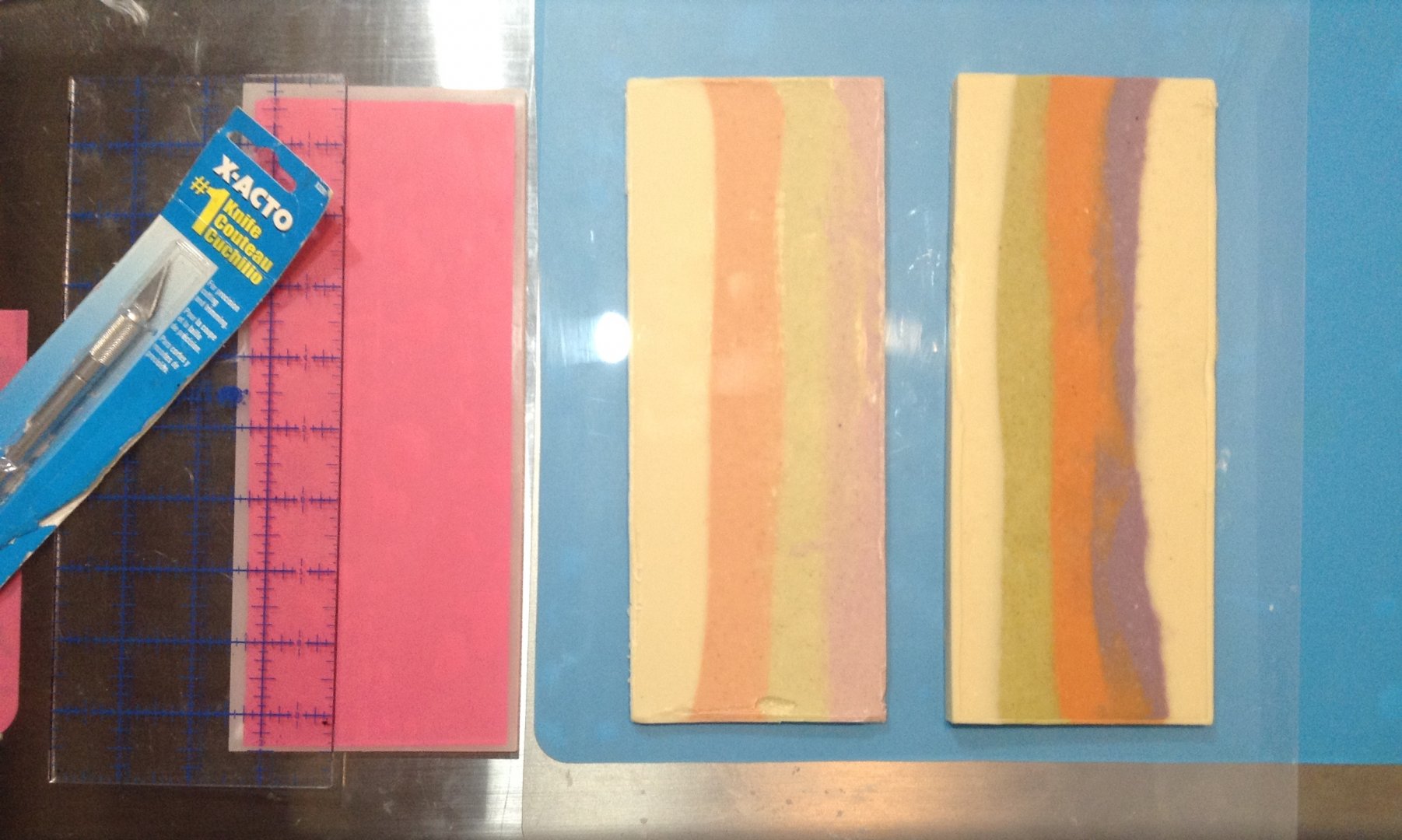 I thought you were looking for "simple" design suggestions!

I hope she will appreciate the work that's going in to these...

Tara_H said:
I thought you were looking for "simple" design suggestions!

I hope she will appreciate the work that's going in to these...
Click to expand...

You're tellin' me! hahaha

Knowing Ma, she will indeed figure it out as she goes through the layers. She's oddly/scary smart that way.

First try at the multi-layer soap is a no-go. Ok, it's still soap, but not good enough for Ma. I thought I'd be smart and make each layer separately, stack them atop each other and then pour the top and sides. That way, if I royally messed up a layer I wasn't messing up the whole loaf. Unfortunately, my layers were not perfectly flat, mostly due to trying to finagle those stripes, so the layers are wavy with gaps. I'll fix it for us by disassembling and reassembling the loaf and pouring some soap batter between the layers. I'd do this for Ma too, but the layers are so wavy they just look really silly. Here's how all the layers turned out, btw. I'm not too heart-broken because I wasn't too pleased with the stripe colors or the ITP, which I think looks a little like what comes out of your nose during allergy season (sorry!). Now onto making it like a normal person would! 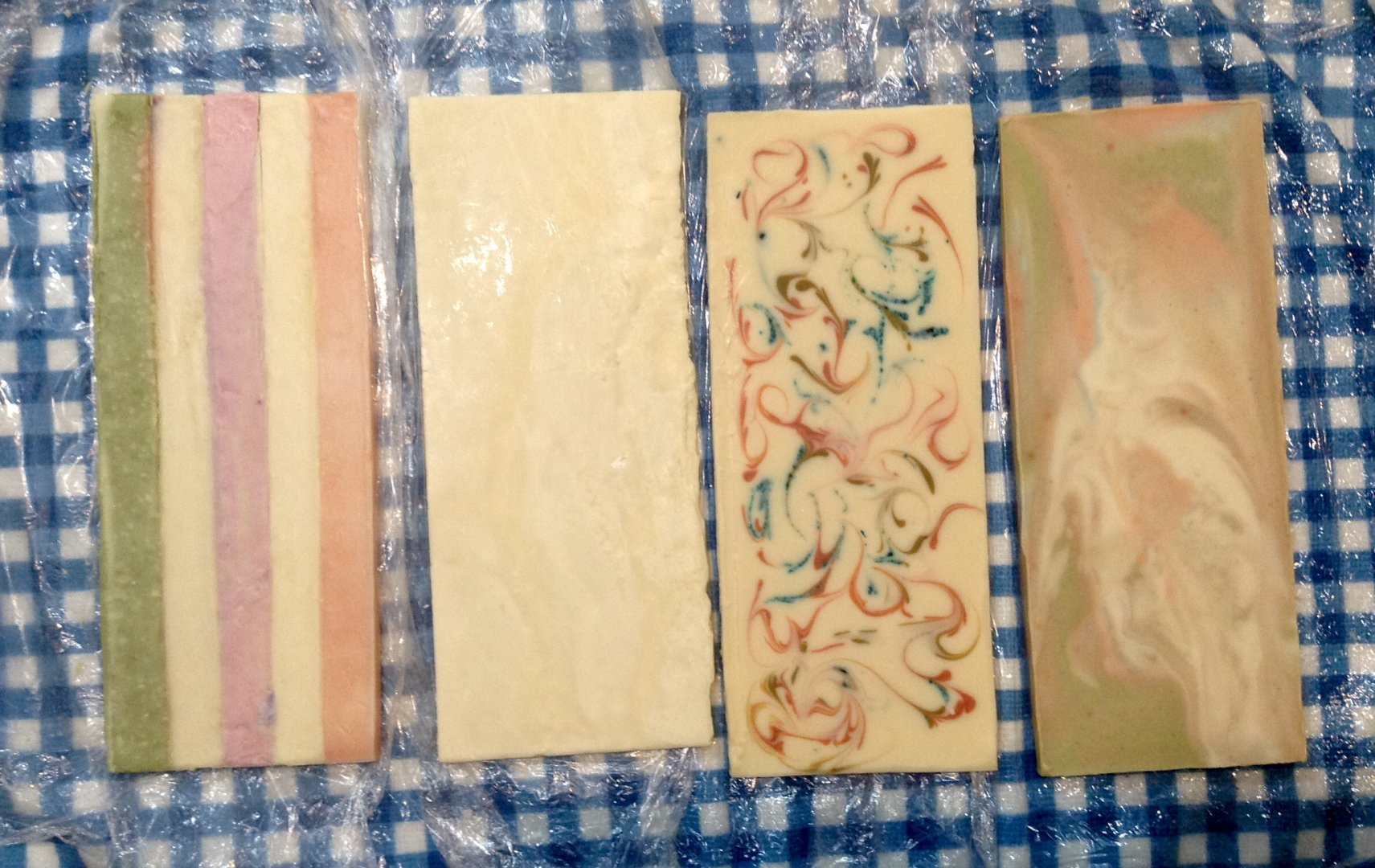 Could it be fixed with planing? Or just too wavy for that to be worth it?

Tara_H said:
Could it be fixed with planing? Or just too wavy for that to be worth it?
Click to expand...

It might be able to be fixed with planing, if I had a planer. LOL! I did try to plane some of them a bit at the start with a handheld glass and tile scraper, but I think I made it worse.

All the layers are the consistency of soap dough, which is what I was going for in my grand plan, so that makes planing difficult as well. I disassembled the layers - long story - and it looks like I can actually salvage all but the AWP layer. The stripes are a bit wonky but are solid with no gaps against the plain base layer, and the ITP and Mica swirl layers are well bonded and pretty straight/level, probably since I didn't try my mad planing skills on them. I think if I pour the AWP atop the stripes, let that setup and then put the ITP and Mica on top it will work. We shall see!

Sounds good! If they're the consistency of soap dough, maybe you could roll them gently with a rolling pin to help flatten them?

(Also, do I need to keep nudging you on the planer?

Tara_H said:
Sounds good! If they're the consistency of soap dough, maybe you could roll them gently with a rolling pin to help flatten them?

(Also, do I need to keep nudging you on the planer?

I had thought of that, but feared I'd make it worse again. You don't want to see my pie doughs... But, I might just try rolling them anyway!
Yes, yes, you do! hahahahaha!!!

I bought some rings recently for my rolling pin and I was like, "where have you been all my life?!" Brilliant for getting a consistent thickness. (Yes, gadgets are my thing)

This sort of thing, although these aren't the exact ones I have:

Not feeling too soapy today, but did take pic of the new AWP layer, which I think came out a lot better. Poured it down each wall and poured it flat so maybe it's a "faux" AWP? Grated a puck of salted out 100% Coconut oil soap with a nutmeg grater for the "mica" lines.
Think I'll be able to finish it tomorrow. YAY!
@Tara_H I tried rolling the other AWP and it was working pretty good...until it cracked. Ah-whoopsies! 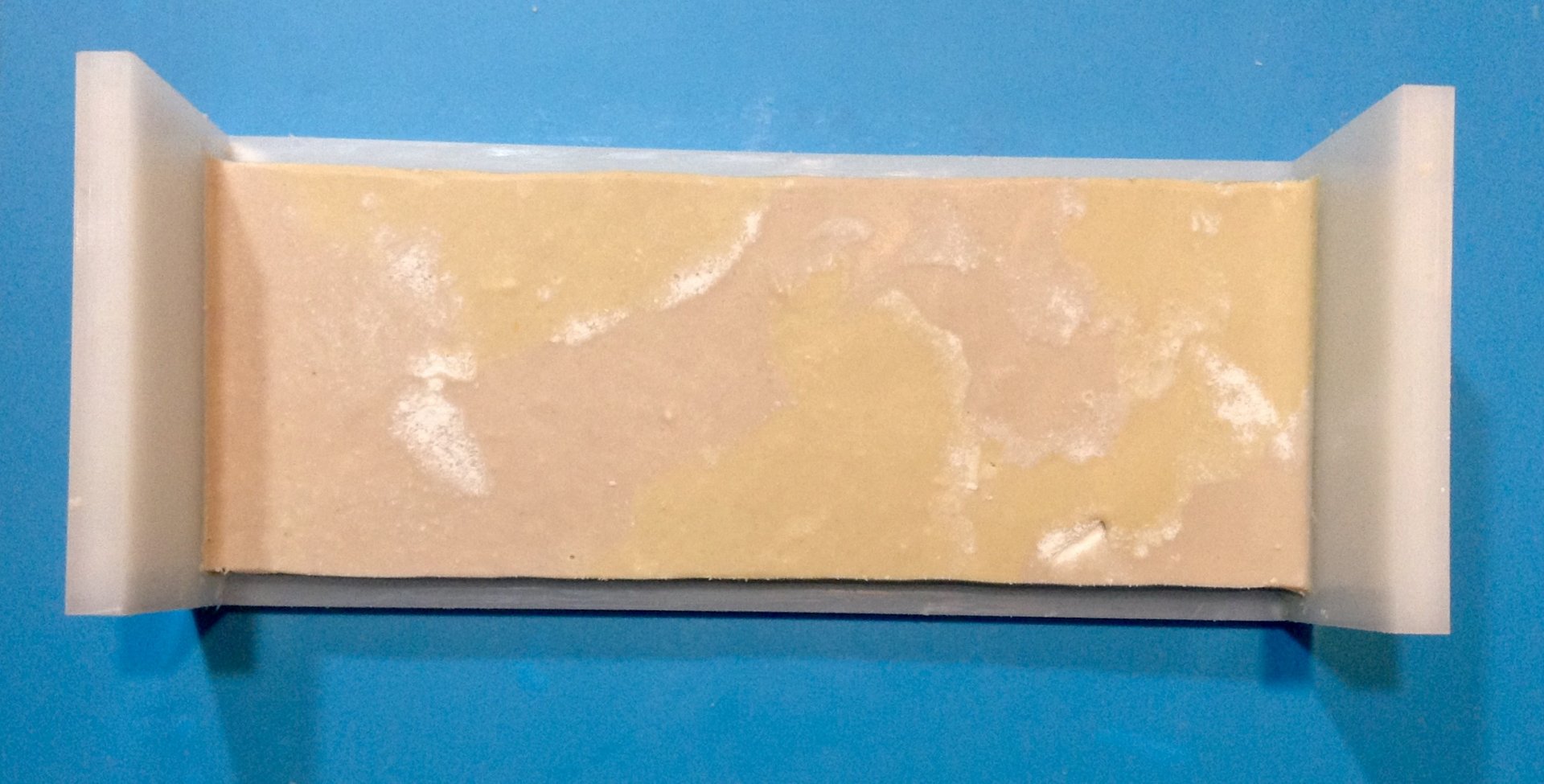 AWP had me searching the thread to figure out what you meant. I found it - Alternate Wall Pour, is that right?

Your soap reminds me of a rimmed soap I made in honor of the birth of my 2nd great-granddaughter. In fact that month I made several rimmed soaps and then later hosted a rimmed soap Challenge here at SMF. One of the rimmed soap techniques I ran across in my prep for the Challenge was a side wall rim, which you might find interesting. See this post for links to tutorials on how one soaper creates the outer rim using the sous vide method.

To prevent a thin rim from cracking while handling requires a bit of heat and for the soap to be gelled, which is tough with a thin soap layer. Gelled soap tends to be more pliable than non-gelled when it comes to thin layers. And if you keep it in plastic and pre-heat for a bit prior to handling (or rolling with your roller), it is less likely to crack.
You must log in or register to reply here.
Share:
Facebook Twitter Reddit Pinterest Tumblr WhatsApp Email Link