One layer is firm But the other is soft

Hi! I made a cold processed soap a few days ago. I made a line in the middle of the soap with activated charcol. I used the same batter for the whole soap, reached emulsification and added all additives before splitting the batter and stick blended half of it to a thicker trace. I put the thicker part in the bottom and waited until it had harden up a bit more before adding the second half. The second half was still very thin. I put the soap on a heating pad for a couple of hours to make it gel. But when i cut into it a couple of days later the bottom part was pretty soft and the top part was hard and a bit crumbly. But it seems to have geled thrue the whole soap. What could have caused this? The recepie has 80% olive oil and 20% coconut oil, some kaolin Clay, sugar and sodium lactate. And Essential oils.
B 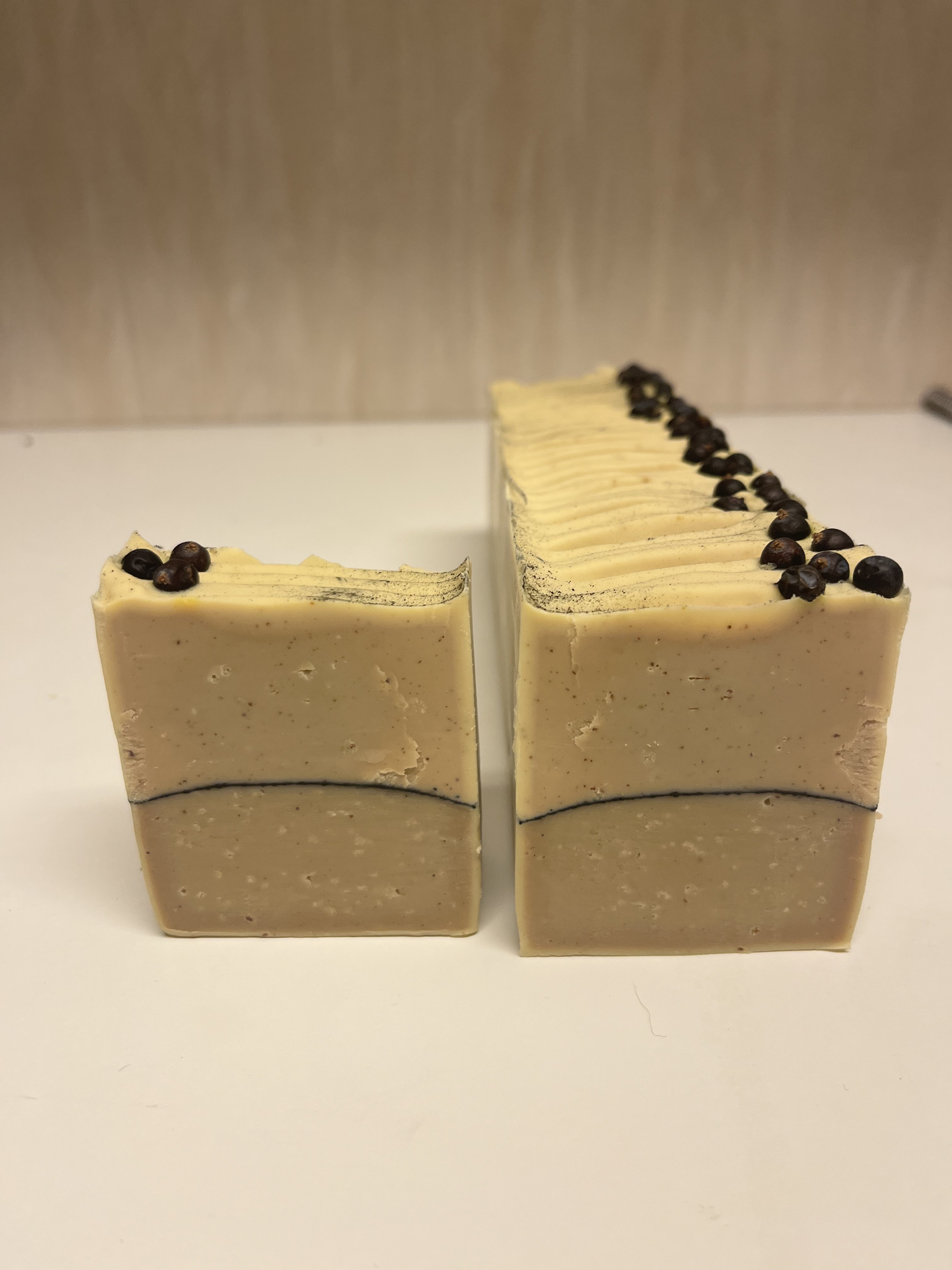