No trace of trace

Last night I attempted one of two batches using a recipe that I've used before with zero issues (see image). I stick blended the first batch for at least 15 minutes and never got trace. I'll list the rest of the details below just to see if anyone might be able to pinpoint a reason for the batch never tracing:

I used FO's that I have used in the past. I used about an ounce of lime EO (I've never used EO before so this is a new variable). Mixed FO/EO into oil before lye water was added. Oils and lye water were both at approx 100 degrees when I mixed them. I dissolved a few menthol crystals in the FO/EO (I've used menthol before with no issues). I Added a couple of teaspoons of mica for color (not something I do regularly but I have used this mica before with no issues). To the hot lye water I added a small, cotton ball sized amount of tussah silk (I have done this many times before with no issues)
Everything else is status quo for me. I SB's for easily 15 minutes and started to get that funny feeling that this might be a failed batch. I eventually molded and, while this particular batch is still in the mold, it's hard and there is nothing out of the ordinary (that I can tell). I have always experienced relatively fast trace with a minute or so of SBing in bursts using this same recipe and cannot figure out why this didn't reach trace. Any guesses?


ETA: The second batch (same recipe but no menthol, no color, no EO and different FO) traced within a couple of minutes of SB bursting. 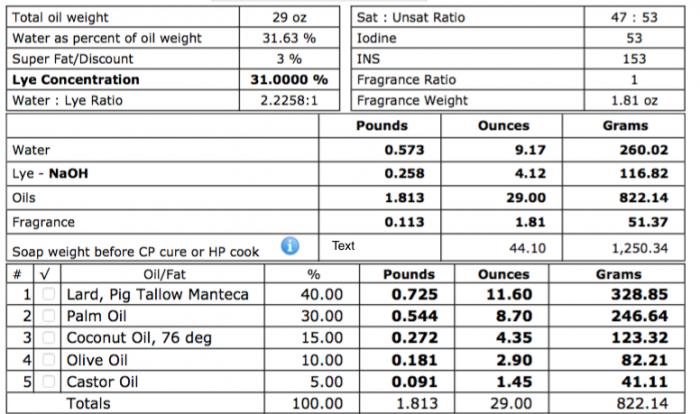 What EO was it? For me, citrus EOs drastically slow trace.

Are you sure the stick blender was working? Is it possible the motor was running but the blade at the bottom wasn't turning?

I personally just mix to emulsion. As long as the soap passes it's zap test I don't worry about it.

It was a lime EO. I've never used an EO before. The SB was absolutely working. I'll remove from the mold tomorrow and see what the old zap test shows.

When I use shea I notice that while I blend I don't seem to be advancing in grace but if I leave it for a minute (like to add color to a portion) it thickens past where I wanted it. Something similar might have happened with the eo variable. Maybe your soap needed a bit of privacy to finish its thing.
S

cmzaha said:
If it did not gel give it 72 hrs before zap testing
Click to expand...

I have had this happen before. Be sure to cut as soon as it is hard enough. Don't wait for gel. Just wait before zap testing. I might unmold over a plastic pan of some sort to catch liquid just in case.

I know it's been a few days since I first posted. I failed to mention that I CPOP my soaps so know it went through the gel phase. I un-molded and cut a little over 48 hours after taking out of the oven and zap tested and all was fine. The bars have hardened up as usual and the test bar I used in the shower was fine. Maybe it was the EO. Either way, it's all turned out fine and I'll have a really nice batch to use this upcoming December!