Mystery of the week...why the different colors?

I am not devastated by this by any means, just curious why and would like some opinions LOL.

The only thing resembling a colorant in my batch is kaolin clay, but that went into the whole pot. Not going to go on describing how, what, when, where...it was all literally just poured from the same pot LOL. Uncovered, sitting on the counter in my house that feels like the morgue.

They even got moved around (rotated) a lot after they hardened up a little so I could clean the counter around them. So I don't THINK it was because "this side of the counter was warmer than that side"... I made them the other night before bed, so there was no cooking going on to make one side of the room heat up more than the other.

They just sat on the counter. The under-sides all look the same color, but they were the sides that were exposed to air. It is the molded sides that have various colors.

I guess we shall see with them hardening up. I dunno. I am at a loss. 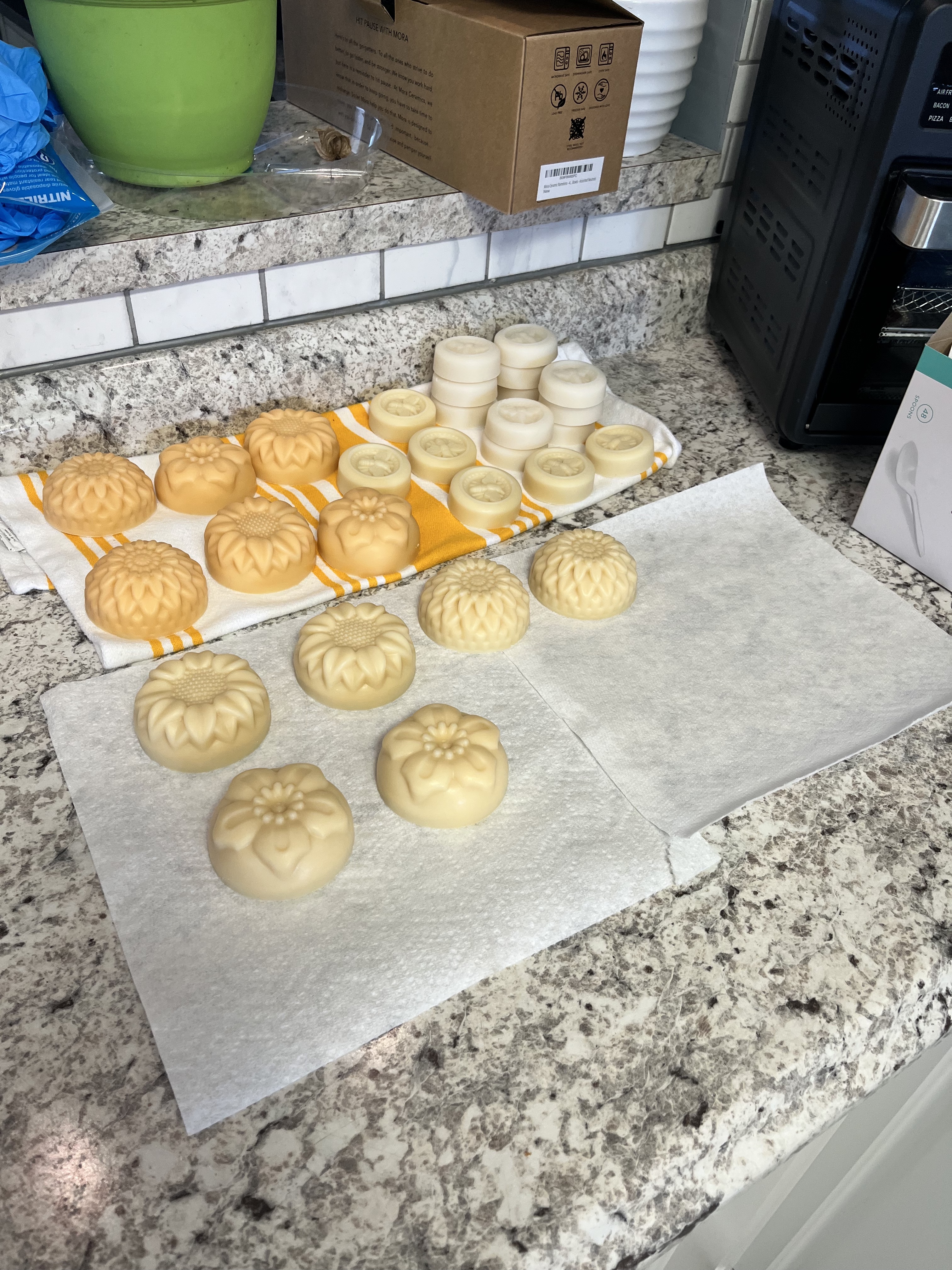 What color are your molds? I've had red molds stain my soap orangy

Obsidian said:
What color are your molds? I've had red molds stain my soap orangy
Click to expand...

Both are red, but the same red molds from the same company. One soap came out white, the other is orange. But then again with the little bee molds, they are different colors as well. I am assuming it is something different with the molds. Just so weird!

The silicone used to make the molds could have different formulations leading to the bleeding of the red from one mold and not the other. Even if they came from the same company they could have come from a different manufacturer or the manufacturer changed their silicone supplier or in-house formulation.

Heat and the molds is my guess. Even small amount of heat can make a difference

cmzaha said:
The silicone used to make the molds could have different formulations leading to the bleeding of the red from one mold and not the other. Even if they came from the same company they could have come from a different manufacturer or the manufacturer changed their silicone supplier or in-house formulation.
Click to expand...

That can be the only logical explanation here I think. I've got a red mold that stained my soap the same colour as yours @Catscankim, so that's definitely what the problem is there. And so somehow, the other one was unaffected (just as I have other red molds that don't stain my soap). Same supplier - but different batch of molds.
B

Once I used a brand new red candy mold with my shower fizzies and they turned orange instead of staying white. There must have been some red dye left on the surface of the mold that bled through. I ran the mold through the dishwasher after that and now it’s fine, so you may want to give that a try.

I concur with others about the manufacturing process. It's no different than when baking/cooking, or making soap, or even knitting. Things can change from one batch to another because of the weather, different brands of ingredients, etc.

C
Bubbles on the side of CPOP

FO discoloration due to gelling?