I am puzzled (and a little heartbroken) so help is much appreciated!

I made two bars this weekend with the same recipe. I add 1/2 teaspoon of salt and 1/2 of sugar to the distilled water before mixing the lye. I soap at around 36C. 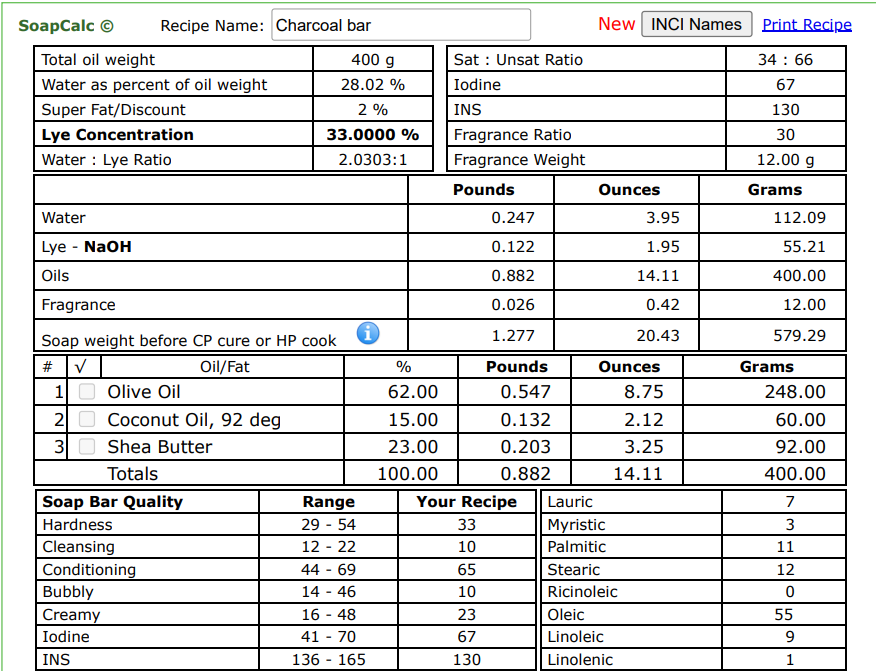 The problem lies with Soap bar 2. When it came time to cut the soap, it just...crumbled. 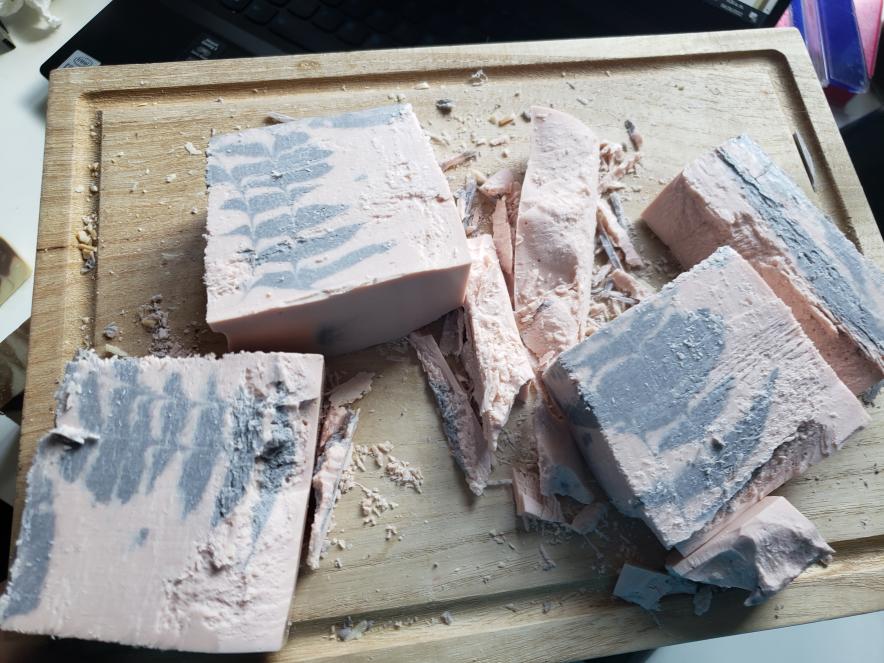 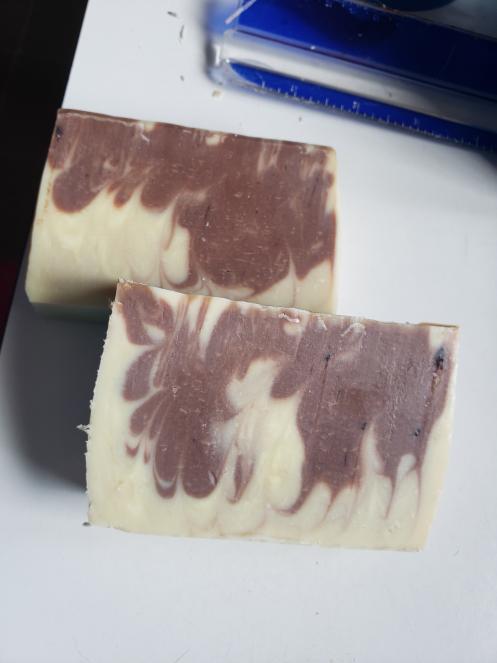 Soap Bar 2: Scented with 12g strawberry FO. Pink is 1 tsp rose clay, dissolved in a % of water then added to the lye. Dark is 1/2 tsp activated charcoal dissolved in a % of Olive oil. To achieve the pattern, I stick blended it to a thicker trace than Soap Bar 1.

There are other variables. Both soaps were poured into a silicone mold, but for Soap Bar 2 I had improvised a cardboard box that would keep the silicone from sagging. I'm not sure if the extra insulation would have hardened it faster? Both were covered with tin foil on top. The FO could be the culprit. Or my scale, which is not very precise (it shows me different numbers as I measure. I know, time for a new scale.)

I also have these spots on the tops of both soaps: 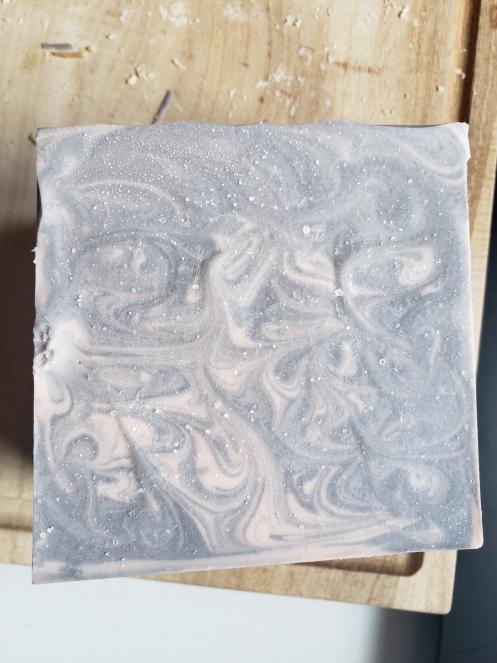 Any help is much appreciated!

My guesses are the use of activated carbon and clay made the second soap more brittle. If it also went through gel due to the additional insulation, that is likely to make the soap harder as well. But in the end, the essential problem is you cut based on time, not on the firmness of the soap.

Soap needs to be cut when the firmness is right, not cut by the clock, especially if the recipe is new to you. With some experience, you'll get a general idea of how long to wait before cutting, but it's still wise to monitor the firmness. Most of my soap is ready to cut the next day -- I wouldn't normally wait 48 hours to cut my soap unless it is staying unusually soft because it did not go through gel.

If you cut a bar and it crumbled, that is telling you the soap needed to be cut sooner when it was more pliable. Ideally the texture should be like refrigerator-cold mild cheddar cheese. In other words, the soap should yield slightly to a gentle finger press. Not rock hard. Not clay-like soft.

If you miss that mark and the soap has gotten too hard, it's possible to gently warm the soap at 140-170F / 60-75C for maybe 15 minutes until it softens slightly. Then try cutting another bar and see if the warmth helps.

Also avoid using a knife to cut soap, especially hard/brittle soap, because a knife has a triangular cross section. The knife blade wedges the soap apart, so a brittle soap will be more likely to crumble or shatter especially as the knife reaches the bottom of the cut. Use a cutter with a flat cross section like a dough cutter (bench scraper) or use a wire cutter.

The speckles on top of the soap are probably sodium carbonate. Most of us call it "ash." It's a cosmetic problem only.

edit: It's a good policy to never use anything aluminum when making soap, including aluminum (tin) foil. Aluminum reacts with lye to form flammable hydrogen gas and will also leave residues of sodium aluminate in the soap. Even if you're reasonably sure the aluminum won't touch the soap (or lye), accidents and mistakes do happen. Most of us cover soap with plastic wrap, a wood lid, a fabric towel, parchment paper, or freezer wrap instead.
Last edited: Apr 26, 2022
M

Thank you for all the advise! I'll make sure to not use tin foil again! I'm going to retry this pattern and cut sooner.

Batch 11 moved to my new thread