My babies are growing up so nicely!

My very first soaps are 2 months old today! I can't believe it's been that long already. And I may be biased but I'm pretty darn pleased with how well they've "grown up" lol. Look at that lather! Any mother would be proud to call that hers! 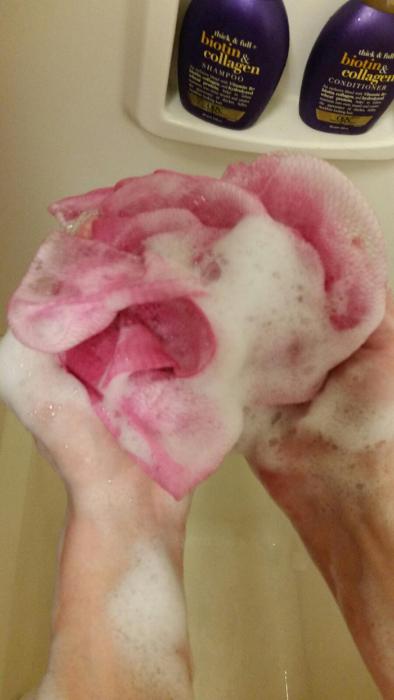 That is a fine lather, I anxious to try my first one...only 3 more weeks.

Lovely lather on that one. Isn't bathing more fun now that you can use your own goodies?

I'm jealous! None of my soaps have such abundant lather (but then again I dont have a shower poof.... Need to search one out)

Eek! Maybe I should clarify. I wasn't actually taking a shower when the picture was taken. I was originally standing outside the tub testing the lather. When I yelled for bf to come take a picture, he couldn't get an angle that wasn't in shadow until I stepped in the tub and he stood where I originally was. But yes, when I used it in the shower, it was so fun! I giggle every time I lather up my poof lol
You must log in or register to reply here.
Share:
Facebook Twitter Reddit Pinterest Tumblr WhatsApp Email Link