Still at the bottom of the learning curve!

I bought the same mould from two different sellers. The first one was good so I tried to use scraps from the first mould to test the second mould. The first mould took around 16g, so I heated this much. It started to melt but by the time I had taken it from the heat to the mould (around 18 inches away) it had solidified.

I put it back in the jug, back in the double boiler and - nothing. This gloopy lump just stayed there. I tried transferring it from the plastic jug to a glass one. Nothing, it was a sticky semi-solid mas.

I chucked it in the microwave where it lost a lot of colour and volume and it stank so I guess I burned it. I added a few more scraps, gave it a few more seconds and eventually rushed it to the mould and poured.

The mould is good. I assume that it is the tiny amount I was heating that gave me the problem. So now I have two good moulds and I have ordered another three. I figure if I do 5 at a time, I will have more luck. 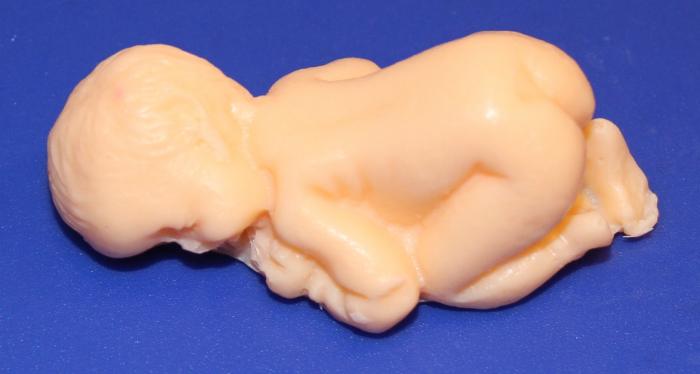 I think the soap is cute. You might try adding a tiny bit of glycerin to the soap scraps next time. When melting M&P in the microwave, it helps to cover the container with plastic wrap. That helps keep the moisture in.
A

Thanks lsg I will try that next time.
A

@lsg thanks the drop of glycerin made all the difference.