So far I've bough, used, and trashed two crockpots for my liquid soap adventure. Both were cheaper models, but not cheap enough for me to justify buying more just for a couple of soaping session.
I know I definitely want and need to do more liquid and HP soap, so I turned to my induction cooker. After all, a crockpot is mostly just a pot with build in heating elements and timer, isn't it?

The model I use is similar to this one, but with more function varieties. I was thinking that perhaps I can just by a stainless steel pot and designate it for soap making only while use it with the cooker. The pot would be sturdier than the ones came with a crockpot and even if for some reason it broke or got burnt, it would also be cheaper to replace, instead of leaving me with a useless heating pan.

Since I've read people making HP soap using stove top method, I suppose it won't be too different with a induction cooker? If anything the time and temperature would be easier to control. Had anyone used induction cooker to make soap before, and what's your experience?

I often use a heavy-bottomed stainless steel pot on the stove for melting/mixing oils for CP, as well as melting and mixing HP and LS. I like the ease of cleanup and the lack of scent transfer to the pot. Haven't had any trouble with the batter burning even though it is directly on the cooktop. Our current cooktop is electric glass top; the previous one was the electric coil burner before we replaced the stovetop. IMO, an induction burner should be as good or better than both of those for making soap.

i agree with AliOop

I make HP soap in the same pots in which I'm cooking. In either case (food or soap), some minimum tidiness is obligatory anyway: If I wasn't pedantically cleanly every time, I should better refrain from either. (The “chemists shouldn't hesitate to eat from the lab floor” reasoning)
For the most delicate things (burn-in paranoia with stubborn HP recipes), I use a simmer pot.

I have an induction stove and it works like a charm. Super quick response and fine-tuned heat regulation. If I bothered to read the manual, I could even program it to switch off after some time.

Thanks for the all the advice and help, off to order me a induction-cooker-compatible steel pot! 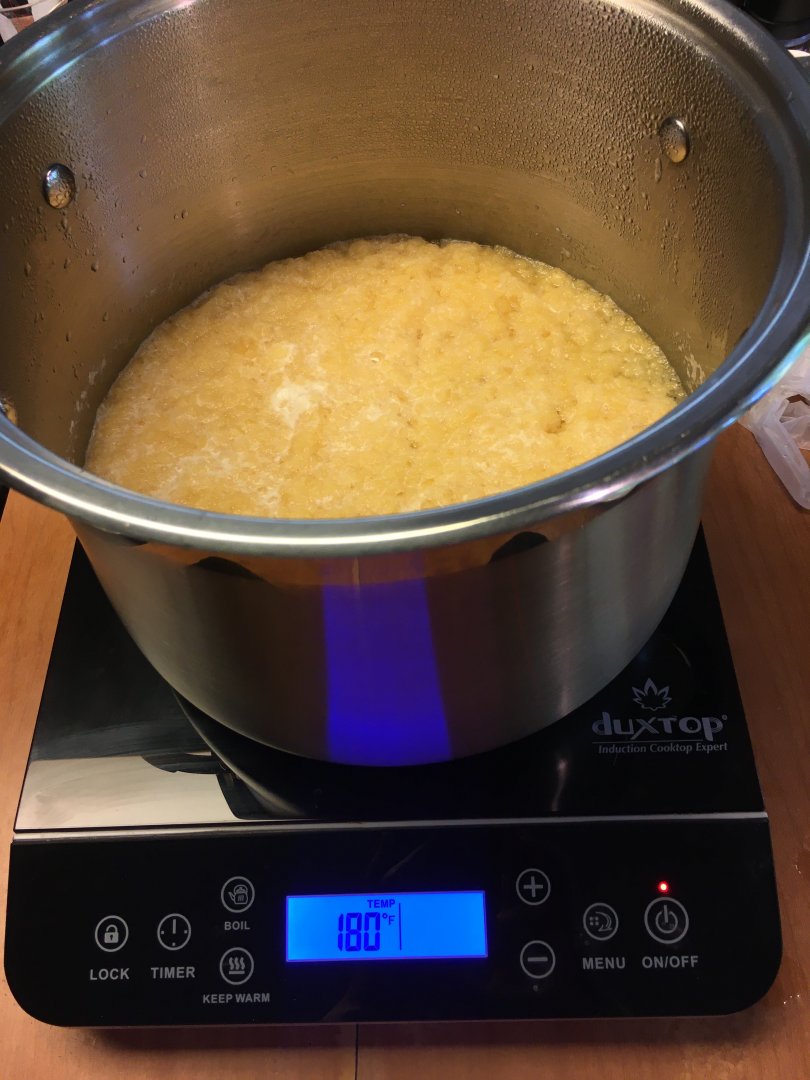 Marsi said:
i agree with AliOop

some stainless steel pots are not magnetic and will not work on an induction cooktop
Click to expand...

No offense intended but an induction cooker requires that there is some ferromagnetic metal (Cast Iron, steel, and yes stainless steel too if there is nickel in the mix, etc.) in the cooking pot. Ferromagnetic metals are magnet attracting but not inherently magnetic themselves, but they can become magnetic. The induction cooking is what is producing the magnetic field which produces the heating process through the alternating current reversing the magnetic field.


Professor Bernardo said:
Ferromagnetic metals are magnet attracting but not inherently magnetic themselves, but they can become magnetic.
Click to expand...

induction compatible modern pots will often carry the wiggly (coiled wire) symbol, to denote their ability to work on an inducion cooktop

for older pots, a heavy base in a stainless pot is an [good guess] indicator of likelihood to work
(the layers on mine are: inside and walls of non-magnetic stainless, mid layer of copper [aluminium is an alternative] for heat distribution, and an external [hob facing] layer of magnetic stainless) - a magnet will stick to the base of a compatible pot

if all else fails and one has a pot that wont work, an induction heat diffuser ring can be used, similar to this one