So now that I make lye based soap my SIL no longer makes M&P soap, she just gets soap from me. She gave me this bag of M&P soap last weekend. I don't know what to do with it. I am attaching pictures of it as it has some strange crystals all over it. Any suggestions on what to do with it? It's unscented and I will not use it. also, what is the weird sugar like substance all over it? 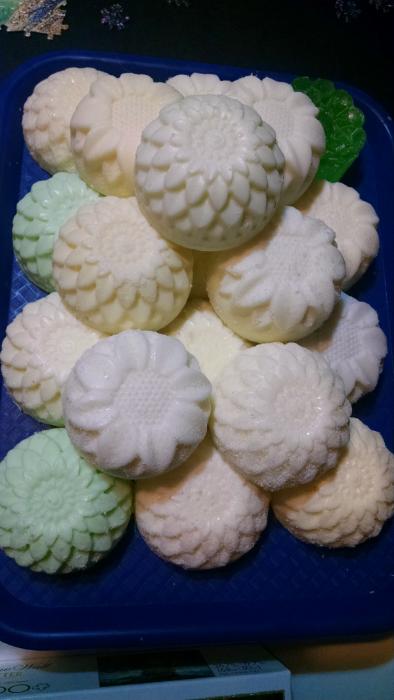 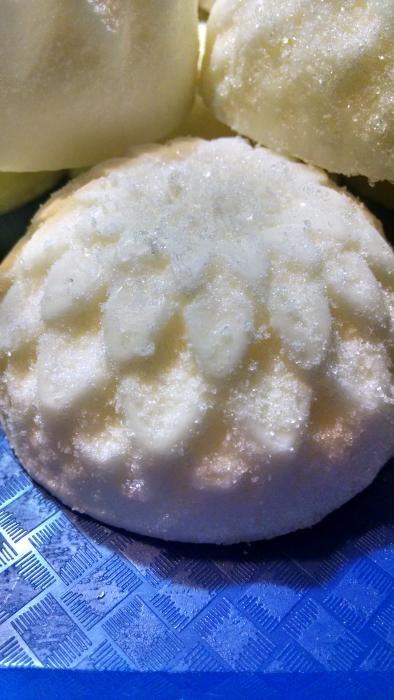 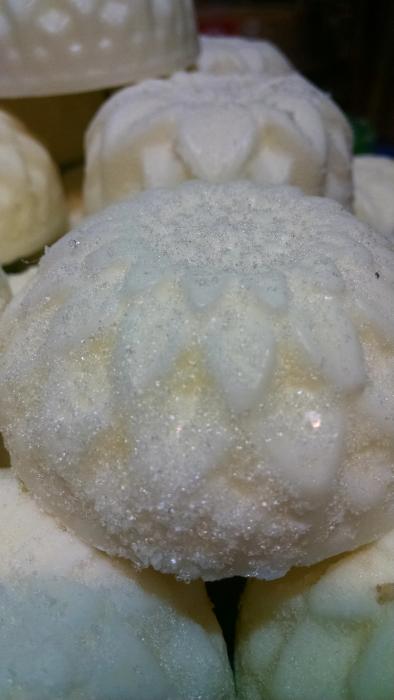 That is interesting. Have you washed one of them off to see what happens?

I'd do that & let it sit and see if it comes back. I'd also ask her what kinds of additives she may have included that would do that. Or maybe she can tell you what it is.

Me, I'd probably melt it all down and include it in one of my rebatches, like with confetti soap. Or I'd donate them after cleaning them up. But I'd probably use them in rebatch.

Did she give you the mold, too? It makes a pretty soap. I've seen it, but never tempted enough to buy that one.

earlene, I have not washed them but will give that a try, do you think I should just rinse them with cool water? I've used some of her MP previously in a CP soap, I won't do that again, it was so hard to cut! If it was confetti soap it may be easier. I had melted them and poured them into ice cube molds that came out shaped like gum drops.

She did give me her M&P molds, I sent them all to someone on the forum, I don't know if this particular one was in there or not, I don't remember. I don't think she added anything to the soap, it has no smell. She could have added some color maybe.

It looks like the soap is sweating. If it isn't wrapped, M&P is really prone to that. You can try rinsing it off, but I think it will probably come back.

Could it be dried glycerin? maybe the bars sweated really bad and the glycerin dried instead of soaking back in.

mommycarlson, have you ever tried swirling CP with M&P? I've never done it myself but have seen it done in videos, it can make a really pretty bar. Especially if the M&P is transparent, it can look like stained glass.

Dibbles, that's what I was thinking, that it was dry sweat. It was in a plastic grocery sack when she gave it to me, no idea how she stored it. Obsidian, I have done this with CP and MP but I have never tried swirling, that is something I could be interested in doing. Do you know or have you heard about cutting it? Because the soap I'm attaching pictures of was incredibly hard to cut with my multi-bar homemade wire cutter. I had to stand on the cutter to get it through the soap. I would really be interested in the stained glass look. Unfortunately most of the soap she just gave me is opaque. The pictures are of a CP with MP embeds. 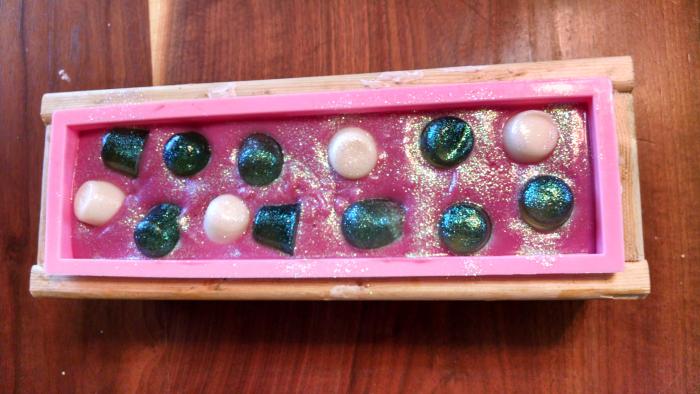 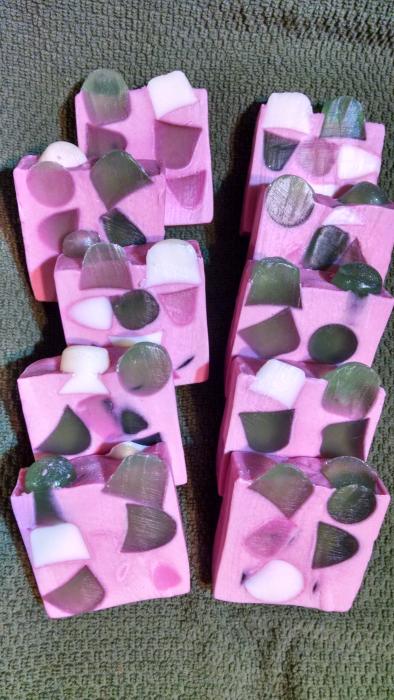