About 5:30am on Thursday, we were greeted by the loud squawking of a pair of geese on the creek bank outside of our master bedroom patio. At first it was amusing, but as it went on, and on, and on, it became a bit grating. I peeked out to see what was up, and Mr. Goose was up on the bank, calling down to Mrs. Goose down below, where I could not see her. They were obviously locked in a very intense discussion that was not letting up any time soon. In fact, they did not stop making this racket until 2pm, some 8.5 hours after this began.

Hearing occasional splashing, I was quite worried that perhaps Mrs. Goose was injured and stuck down there. However, around 5pm, I found out what all the ruckus was about. I wasn't fast enough to get a picture at the time, but today was finally able to catch them in the act. Enjoy! 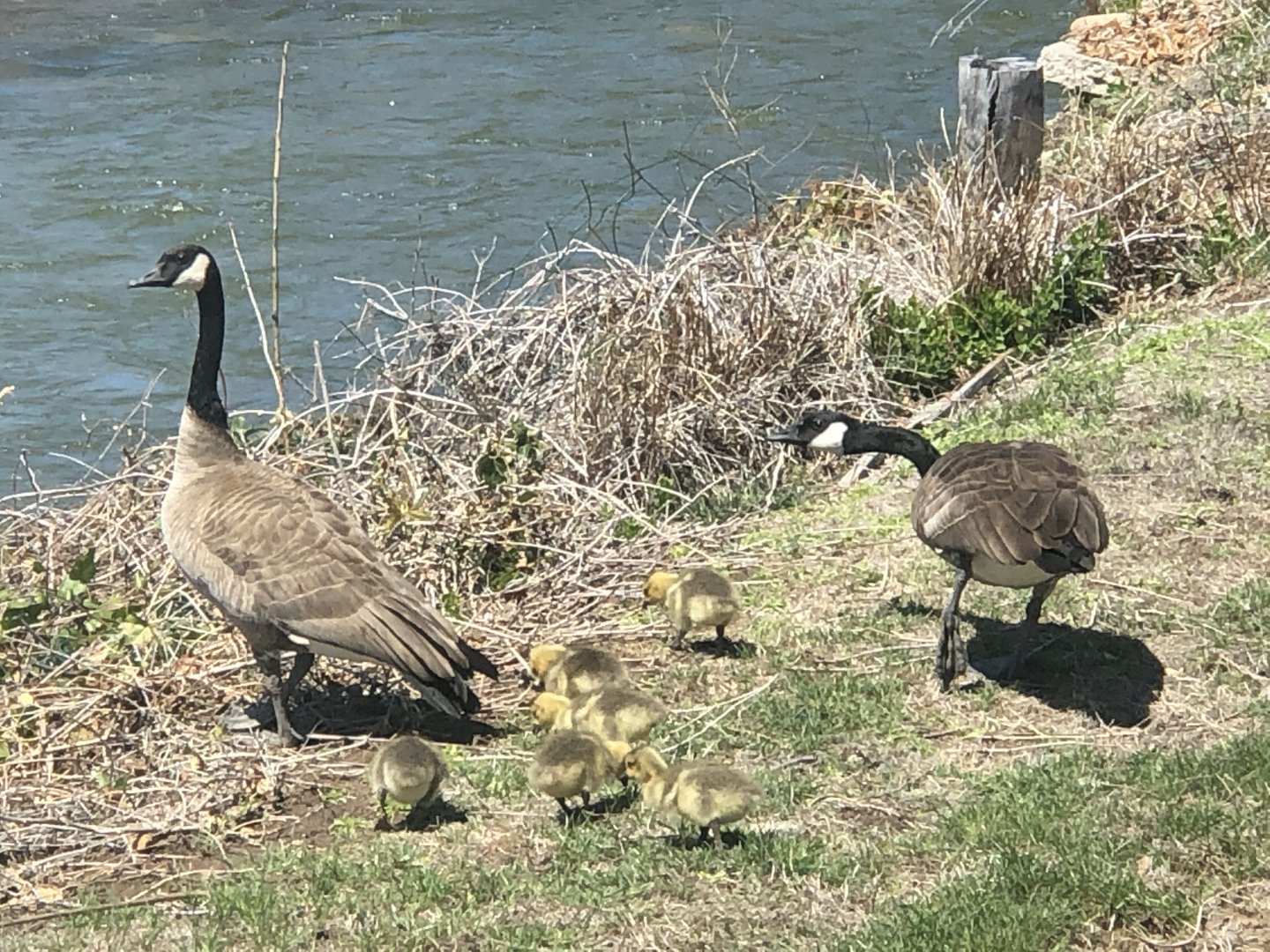 We have a pair nesting here - no babies yet.

This really lives up to the name of this sub-forum, “General Chat”.