I've never had DOS on any of my batches. So I'm not sure if that's what i have here.

The spots are only on the bottom. Can I cut them off?
Is it okay to use? Smells ok. 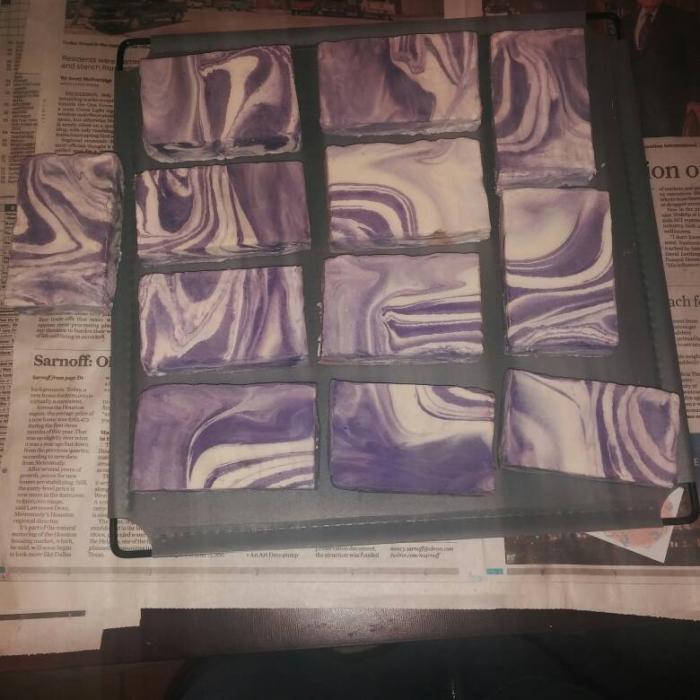 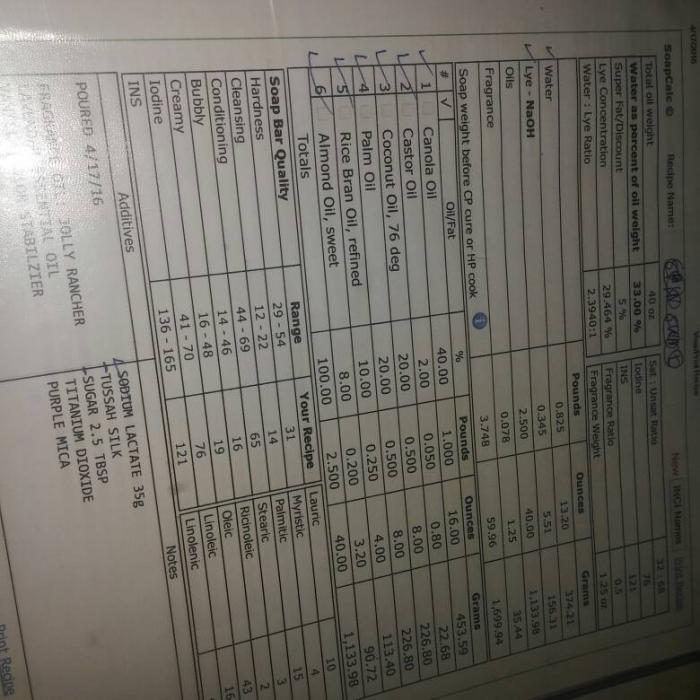 That does not look like DOS to me. It looks like a reaction with either the fragrance oil or metal. DOS usually comes out as spots not long stripes. Was the soap in contact with metal at anytime during the cure? I would plane it off and then wait to see if there is anymore discoloration.

I third that it isn't DOS.

I agree with the others, does not look like DOS. However, with that high of canola you could eventually get it. I would watch carefully over time.

It does look like a reaction to something but not sure what.

May I ask what you use used under the soap to line it? Baking paper? Plastic bag? To me it sort of looks like something was randomly drizzled onto the paper/plastic (like before you bake to prevent something from sticking), and when the batter was poured onto whatever you poured it on, it made those streaks and spots during the wait, and was revealed after you took the soap out. Like some oil with vanilla in it so the vanilla discolored just the lines that hit the soap and made those streaks.

Yes, I know, this is such a shot in the dark, but mind you, I only base this theory on how the marks apear in the photo, with some straight lines and then soft ones and blobs that looks like drips. They remind me of how my baking paper sometimes look after doing a bad job at drizzling oil to prevent something from sticking : P
You must log in or register to reply here.
Share:
Facebook Twitter Reddit Pinterest Tumblr WhatsApp Email Link