Hi everyone, I'm trying to get a nice light shade of purple for the top layer of my lavender goats milk soap but its coming out brown. I add the alkanet root powder 4.5g (not infused) at trace to a 1/3 of the mixture (total fats and oils 1300g in whole batch) also I am using frozen raw goats milk (oil temp 100 degrees and lye/milk mixture 80 degrees before mixing together. Can anyone help please?! 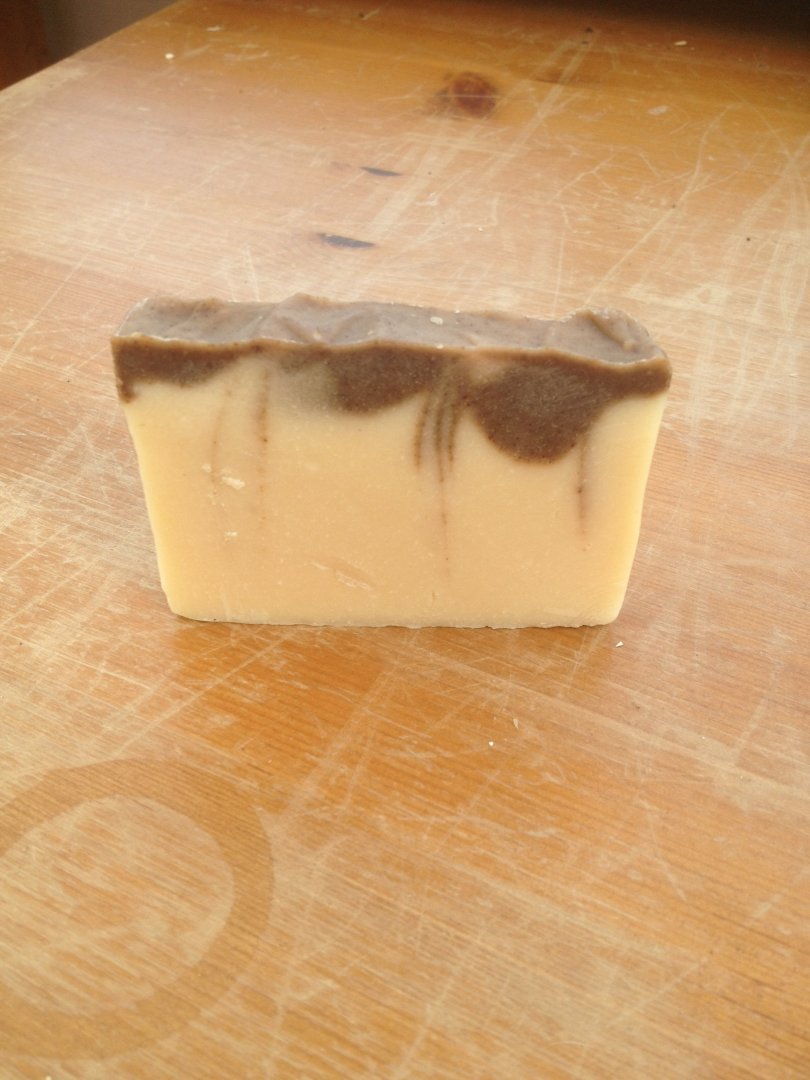 Hi, thanks but I'd really like to try and use the Alkanet root powder now I've bought it but just not sure the best way to use it with goats milk soap?

I've never had luck with alkanet root powder. I've tried infusing it, adding it dry and adding it to my lye mixture. Maybe someone else can pipe in that's had more consistent results. I tried it years ago and gave up. I like my micas and clays.
Last edited: Jun 11, 2019

Lucy, here is an old post here at SMF by a member that hasn't been here in a long time, but she gives details about how she was successful getting purple with alkanet root powder: https://www.soapmakingforum.com/threads/why-does-the-alkanet-not-yield-purple.56189/#post-544203

So it looks like heat is your friend with alkanet AND less is more. But if you freeze you goats milk soap to prevent gel, you may have to at least test gelling once and see if that is part of the problem.

Here are some more interesting articles about using alkanet in soap:
https://www.modernsoapmaking.com/join-jo-how-to-use-plant-infusions-in-soapmaking/
https://www.lovinsoap.com/2017/06/g...king-troubleshooting-and-tips-by-jo-haslauer/
I've tried an alkanet infusion in a gelled goats milk soap and it turned grey and stayed that way. I've also used alkanet infusion at different amounts in a soap that I'm pretty sure didn't gell (it was a soap with different tones of purple) I'm honestly a bit sceptical if it's possible but what you could try is using an alkanet infusion for 35-50% of your oils and freezing the soap so the goats milk doesn't discolor. Also freeze your goats milk before adding lye and add the lye super super slowly (preferably in an ice water bath) also to prevent discoloration. If I do it this way it sometimes takes me up to 1,5 hours to dissolve the lye so be prepared for that! Or instead you could make a 50% lye solution with distilled water and add the frozen goats milk to it. You'll have less goats milk in your soap, but also less chance of discoloration.

Thanks everyone for all your advice, looks like I need to do some test batches !!

I just happened to stumble across this blog tonight while I was looking for tips on using madder. It’s about using alkanet in goat’s milk soap! He infused the alkanet into oil.

Incidentally, I made soap with alkanet two or three days ago that is such a dark purple it's almost black. It's still so new, I don't know how it will look over time, but right now, to see the purple I need to hold it under bright light. It does have buttermilk in it and it did definitely gel.

I used 10 grams of alkanet mixed into the lye solution and then I pulled out half the batter to use as is. The other half of the batter was mixed with water infused alkanet. Both portions were then alternated in soap to see if there would be a color or shade difference over time. At the outset, I could see a difference between the two layers, but now it's hard, but not impossible to see the demarcation between the layers. But because I know where those layers lie, perhaps I see it because I am looking for it. I will be keeping an eye on these soaps to watch for changes. However, perhaps they will stay this dark.

I do plan to drop the amount of alkanet used by increments to see what gives me the shades I prefer and to see if consistency is attainable. And I will try an oil infusion as well, since I would like to do a comparison of methods.

But this is so much better than the grey soap I got when I used only 1/4 teaspoon the first time I tried alkanet. I was so disappointed with the results, I didn't try again for almost 3 years!

Here is the alkanet soap I made on June 9 (3 days ago) in which I used some buttermilk (not a lot): The cannabis leaf soap actually looks almost black in poor lighting. And it looks like dark chocolate in kitchen lighting at night. And with a flash from my camera it looks like the above deep purple. If I hold up to the light from my kitchen window it looks a bit darker purple than the flash shows here.e

And here is the soap I made in which I only used 1/4 teaspoon and got grey: See why I was disappointed? Of course there was also Borax in that soap so I suppose it's possible that also makes a difference, but I don't really know.
Last edited: Jun 12, 2019

I don't know anything about using goat's milk in soap but here is the soap I made with Alkanet root. I used "wildharvested" (Alkanna tinctoria) from Mountain Rose Herbs.

2) Infused with high oleic organic sunflower oil for a few hours. Put canning jar over low heat water bath, shaking every 15-20 minutes or so, also turning heat off and on every 20-30 minutes (tried to keep water temp hot to touch but not too hot). Then strained through cheesecloth.

NOTE: Soap is only 3 weeks into cure. Not sure it matters but I added Clove/Cinnamon/Orange EO mixture just before light trace, then one last stick blend. For me, the smell is "to die for"(heavy Joan Rivers accent included)

For contrast, 2nd bar from the right

And on the far left under different lighting

Thanks guys for taking the time to show me your lovely coloured soap, I do think it will effect the colour because I'm using Goats Milk but I'm determined to crack it as I now have another 3 goats!! I think small trial batches following the different recipes/instructions you have all sent me and see what happens!! 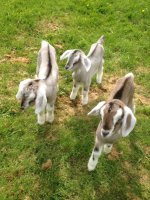 AW, you just blew the top off the "adorable" scale!!!

LucyCP said:
Thanks guys for taking the time to show me your lovely coloured soap, I do think it will effect the colour because I'm using Goats Milk but I'm determined to crack it as I now have another 3 goats!! I think small trial batches following the different recipes/instructions you have all sent me and see what happens!!
View attachment 39698
Click to expand...