So I tried high temp hot process for the first time two days ago. I have a rose that accelerates like crazy (shocking I know) and I want to keep it in my lineup because I haven’t found a better choice. I have a few other fragrances that would do better HP as well, that I will be trying this week.

With all of the posts on HTHP I’ve been seeing lately, I thought it was time to finally try. Also, how can I resist using HALF the amount of fragrance as usual…that stuff is expensive!

Moving on, I measured my oils directly in a stainless steel pot and prepped all my additives.
I heated my oils to 180, added my fresh 28% lye solution gave it a zhush with the stick, and then waited for my volcano. I normally push my luck with my liquid soap so I wasn’t too worried about the expansion. I was mainly focused on how I was going to do the design…despite watching several of Valerie’s videos I was still worried about how fluid it would be. I was right to be

I put it on and off the burner a couple of times to keep it around 180-200 and then it finally picked up on its own and stayed around 217 for the remainder of the cook (on a heating pad to retain the heat). I think this was a little too hot as it seemed really puffy even when I was molding it and I’m hoping there’s not too much air inside (to be fair, it might just be how HP looks, but I’ve seen some fluid HP that just looks like thick trace CP and that’s my ultimate goal). I also definitely stirred too much during this whole process so that’s a factor too. I saw a few bubbles when cutting it but nothing major.

I tried the secret feather technique that I’ve also never done before.

I added sodium lactate and sorbitol both at 2% of my oil weight and it still wasn’t very fluid. I don’t really want to have uncooked yogurt in my soap, so maybe I will try pushing the SL to 3% next time to make up for not having the yogurt. I’ve seen Brambleberry recommend 3-5% and while 5% seems like an awful lot to me, I guess I can just increase stepwise until I get to a place I like.

All in all, it wasn’t too bad for my first hot process bar soap, but I definitely have some practicing to do with this method

The inside: Not so much a feather but it’ll do 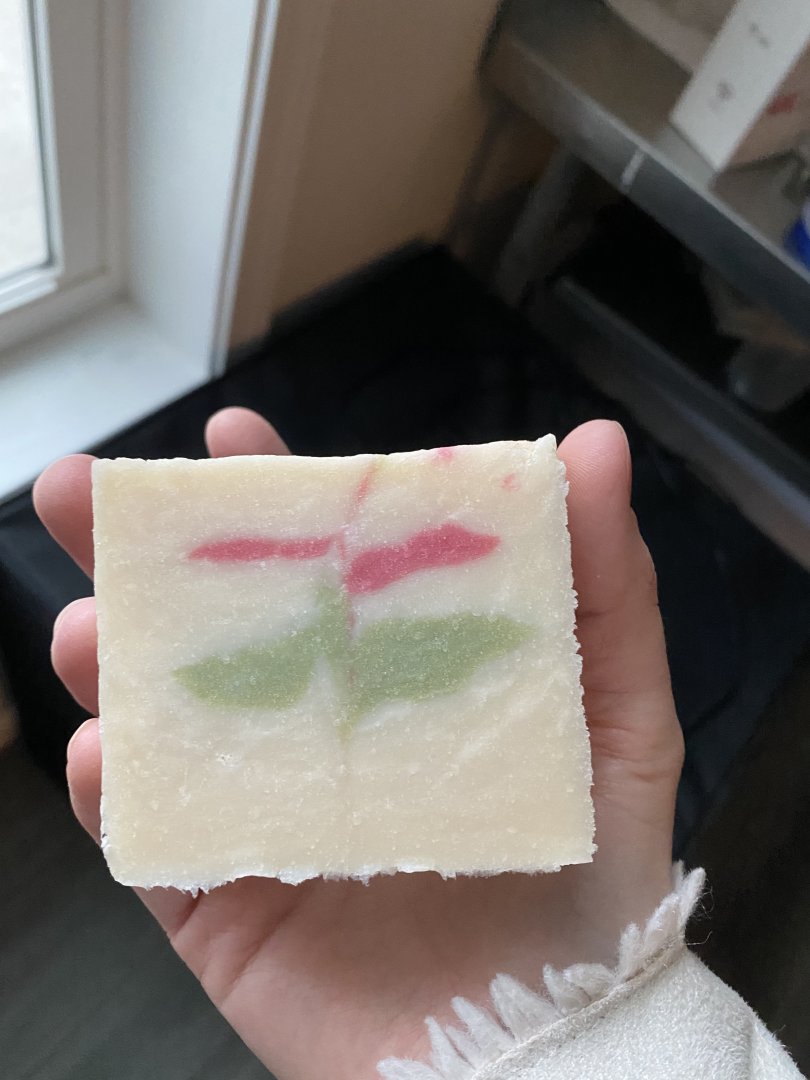 L
Separating (?) batter: is it dangerous?