I have been doing some research into using the Oils I have saved up here in my house. I have filtered and rendered all of the oils and they are ready to be used. I used soap calc to come up with this recipe. I would like to get some input on this combination of oils and what else I could do that would improve on the overall quality of the soap. This will be for my personal use only. 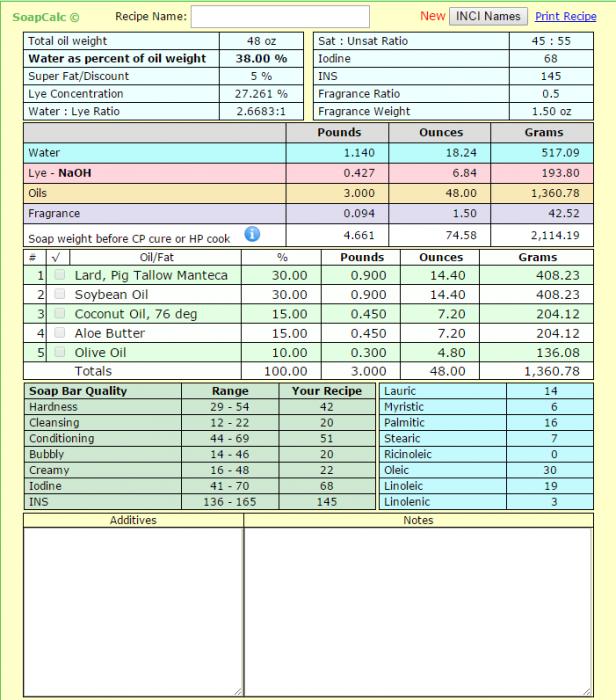 Doesn't look too bad but here are the tweaks I would make. First, ditch the soybean oil . . . I've heard too many stories about DOS to want to go there. Second, add more lard and olive oil to replace the soybean so there's one less oil to worry about. And last but not least, add 5% castor if you have any on hand because it gives the lather a boost. Also wanted to give a heads up on the aloe butter. I've only used it at max 10% and seem to remember those batches traced rather quickly so keep that in the back of your mind too.

ETA: I ran some soapcalc numbers and here's what would make my skin pretty happy. I try to stick with cleansing numbers in the 12-15 range but still like plenty of bubbles and soap that's firm enough to unmold in 24 hrs. I think the cleansing number on your initial recipe is so high because of the aloe butter . . . mine is a combo of aloe extract, coconut oil & some other unnamed hydrogenated veg oil.
50% lard
20% olive oil
10% coconut oil
10% aloe butter
10% castor oil
Last edited: Dec 23, 2015
M

Thanks for the information I like that recipe very much. I was also playing with this version also what do you think about it. 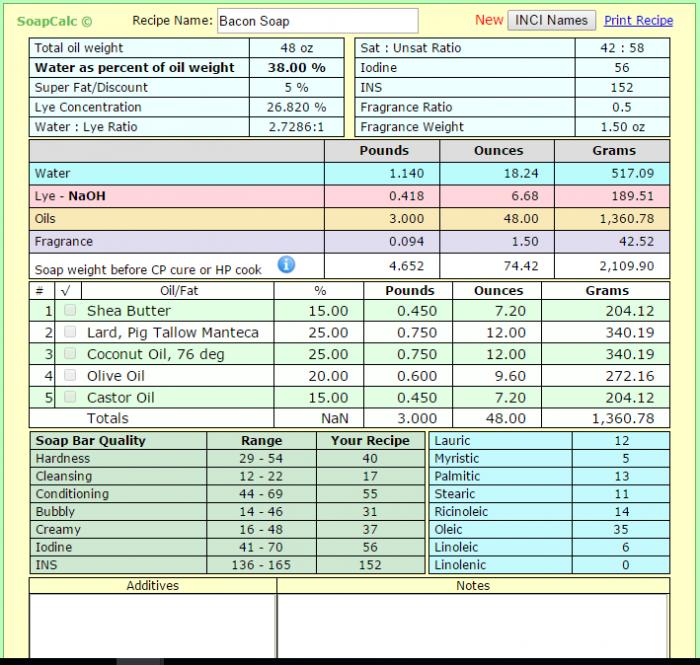 I agree on ditching the soybean oil and upping the lard and OO.

Why not try all three recipes? You are going to be making lots of soap in your very near future. Just keep really good records of not only what you use, but what it acted like while mixing, etc. Then write what you think of the cured soap right on the recipe page. This keeps you from repeating bad decisions. Then, when all of it is cured, get some blind testing done by family and friends. Be sure to keep the colors and scents the same so that they concentrate on the qualities of the soap rather than color and scent.

15% castor is too much, at tht amount it could reduce lather or make the soap a bit soft. 5% is really ll you need to boost lather, its also recommended you keep the coconut oil around 20% so the soap isn't too drying.

Once I realized how these man-made "butters" are created, I realized they are all too often made with fats I would not normally include in my products. In this case I would rather use aloe juice and combine it with MY choice of fats.
You must log in or register to reply here.
Share:
Facebook Twitter Reddit Pinterest Tumblr WhatsApp Email Link