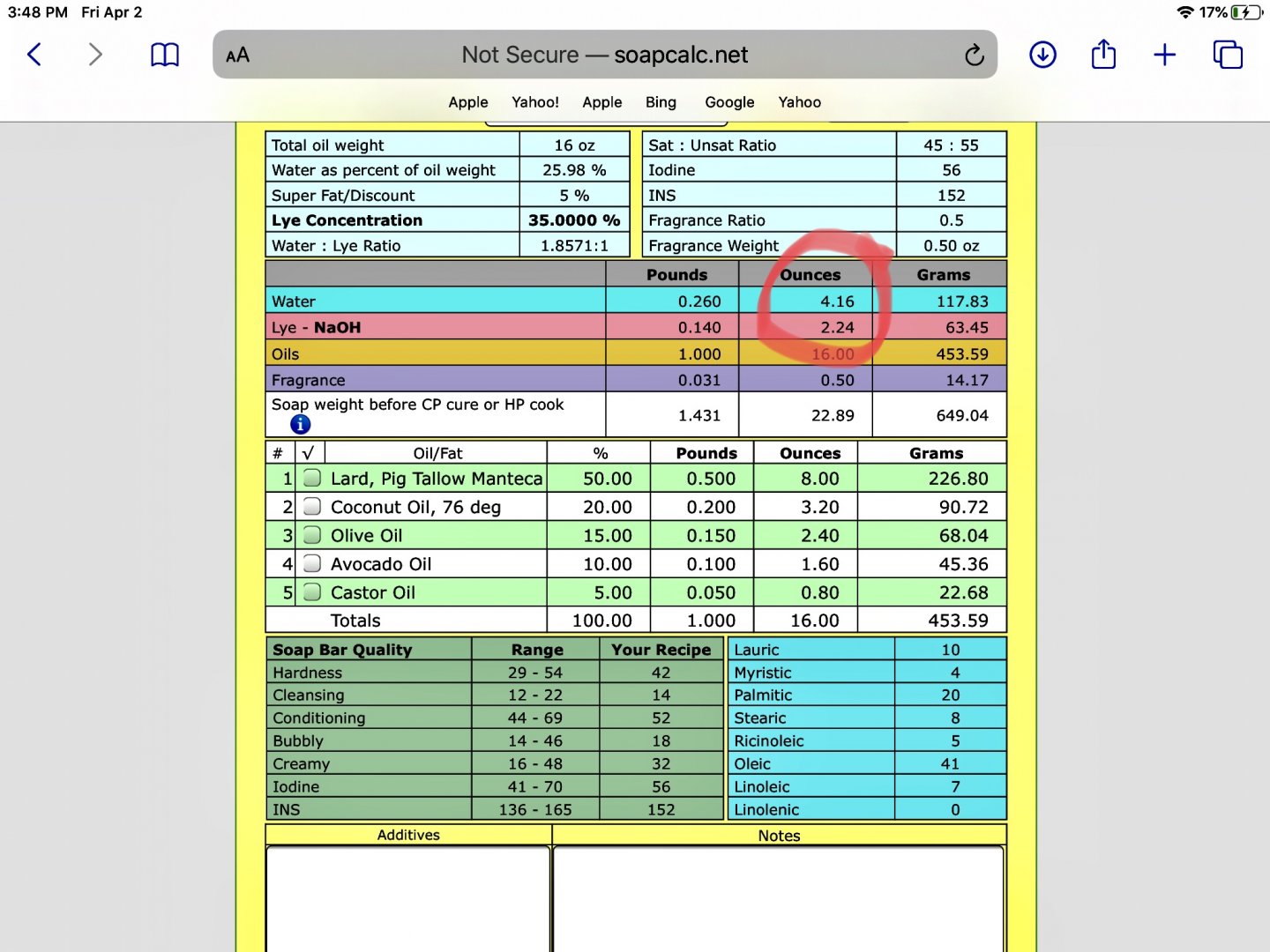 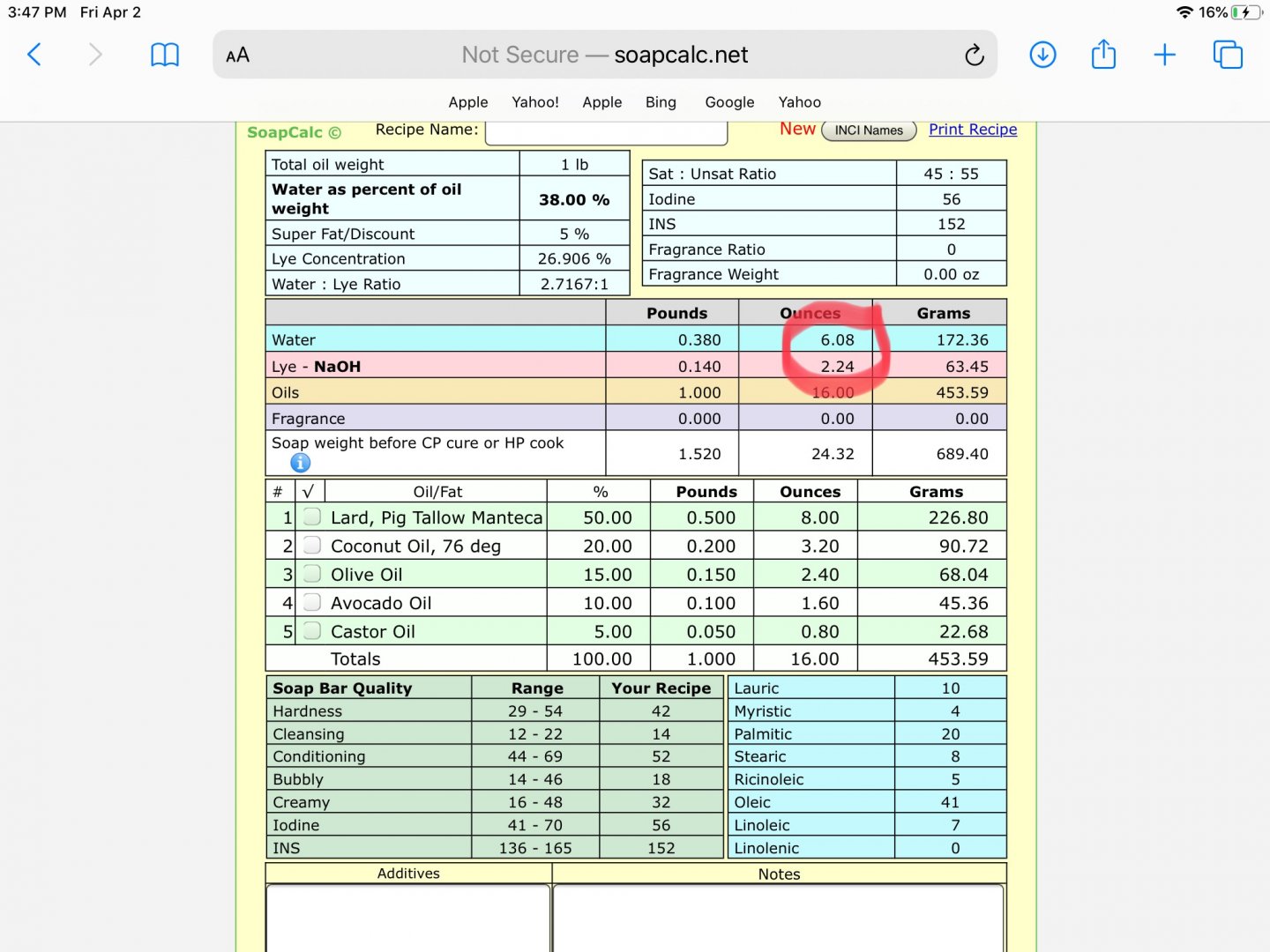 You aren't comparing the same ratios when you run it this way.

Comparing the same details to one another, you have in your first picture a water as percentage of oils at ~25.98 versus the last picture at 38%.
Or as a lye concentration you have 35% versus 26.906%.
That explains the significant difference between the water amounts.
F

Thank you for your reply

Update: I deleted my commit cause it was confusing rather then helpful. Happy Soaping

@Fendigirl I responded on your other thread but will reiterate here that the default setting (38% water as percent of oils) was originally established for hot process soap. Because it is cooked, a lot of water evaporates, so HP tends to start with a lot more water than CP. So that's why the same recipe shows so much more water when you use that default (made for HP) setting, rather than one of the other two.

More importantly, the default setting doesn't scale up or down well as you change your recipe size. It's much better to use one of the other two settings. They are basically saying the same thing two different ways, so pick whichever of those settings makes more sense to you, and stick with that one for all of your recipes.

A typical lye percentage for CP soap will range from 30% to 40%. Seems like many CP soapers are pretty comfortable around 33%. It really comes down to what works well for the recipe and design you are making, and your preferences as to the viscosity of the soap batter.
Last edited: Apr 7, 2021

Did you mean to start a new thread, or is this supposed to part of this thread: Please help me understand ?