Blue and turquoise CO, shea butter, castor oil and RBO w GM. Scented w French Lavender FO. The white (ish) one is a hand soap for the gardeners in my family. It has sand from the Kaiteriteri beach in it. The green camo one is my first lard soap. Lard, OO, CO and castor oil. Scented with lemongrass and kiwi.
And the bottom one is either a volcano or a sunrise. Debate is still going similar recipe to the first one.
I have also tried a few salt bars, a castile batch, a shampoo batch and others not worth showing 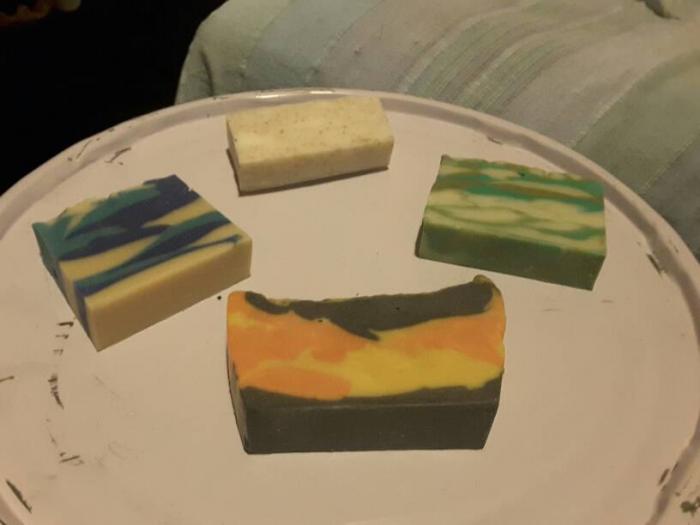