Sometimes I need a creative thump on the head. I'm stuck. I am working out some Halloween soaps, CP. need to get these started ASAP I know! Im making a black"ish" soap. Any suggestions on how to create a "starry" sky. no glitter! I hate glitter. Was thinking white jojoba beads....yes? Other suggestions.? It's going to be family gifts so I'm trying to do something neato. Yes I said neato.
M

Maybe fine shreds of soap dusted with mica? If you can get a hold of it, glow in the dark pigment is a fun addition to Halloween soap!

How about Ebru? Use a dropper to place small drops of TD colored soap onto your black soap. Then you could use a skewer to draw some of the white out, just a tiny bit to give the impression of a glowing star? Just an idea. There was a contest recently where all the soapers did Ebru and I thought it was just beautiful.

"Neato" is an awesome word! I frequently call things groovy (much to the embarrassment of my teenagers).
Last edited: Jul 23, 2015
A

Good ideas! The shreds may be easier to distribute, I use a loaf mold. Momsta5, I did a soap recently that cured very psychedelic, I named it "Groovy". 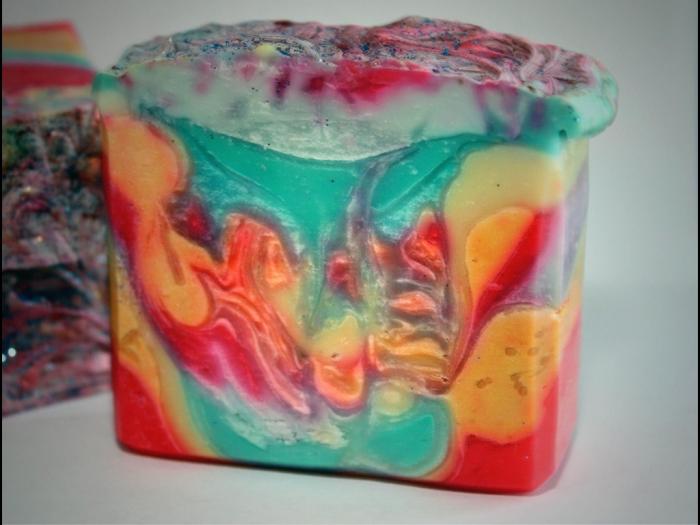 Simple, shredded white or pale yellow soap added to the black base would be nice, and the star-field would chage as the soap gets used. I think I'd go yellow as it'll pop better in the black, but a mix might be nice as well.

Dust or brush pearlescent mica over the top of the bars for a starry/Milky Way effect as well!

If you want more of a Van Gogh "Starry Night" effect, swirl with ultramarine blue mixed with just the tiniest bit of black oxide (that stuff is powerful!), and drop single dollops of bright yellow soap into the mix at varying stages of trace.

As an amateur astronomer, I'd tell you to mix up shards at 75% bright red, 12% orange, 8% yellow, 3% yellow-white, and the 3% remainder white (with possibly one blue-white speck in there) to exactly match the distribution of stars in the galaxy currently...but nobody would get the joke.

In the michaels craft book they have a CP soap that is black with white soap "dots" in it. Its a polka dot soap. Very cute but would be time consuming to make.

Also, on that same thought, this:

That's a nice one, K. It makes me want to use the round embed mold I bought a year ago from BB and have never tried

Please note that is not my soap! I don't have the original website so I can't give credit. Sowwy.

It does look like it may have been an entry in that "Landscape" great cakes soapworks challange. I'm sure someone knows whos it is!
N 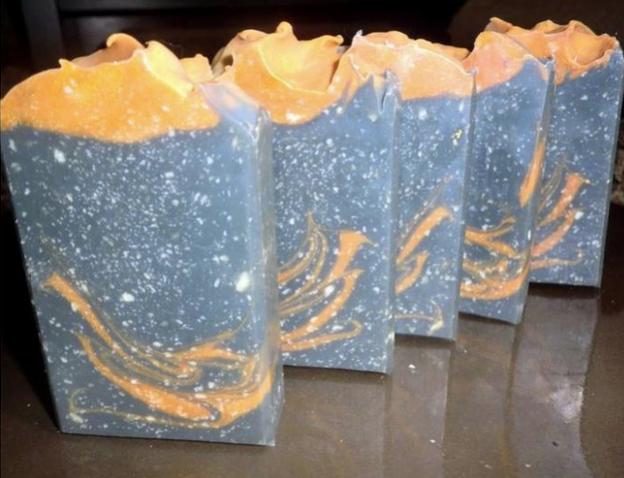 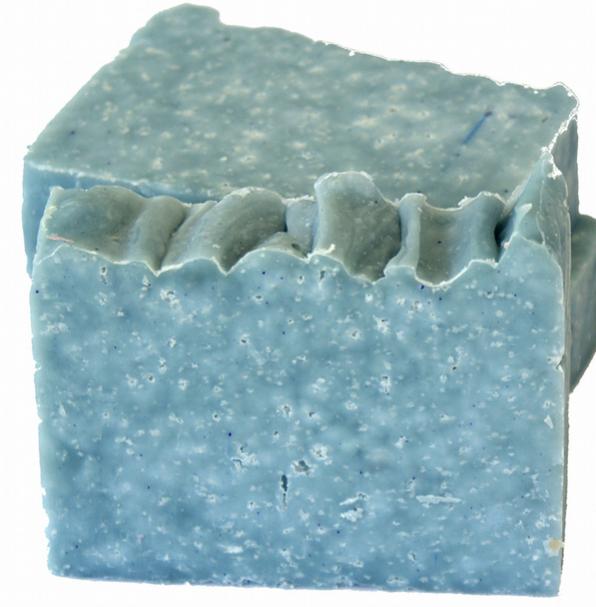 I kinda like the TD clumping effect. Never done it before, sift into batter?
N

I wouldn't sift too much or too finely because you might lose the clumping effect. Dependent on what you have, you could sprinkle some over your batter and then gently mix it in. Some will mix with the batter a bit but plenty will stay in clumps.
S

Hi, my new obsession is felting soap. It's a great way to use up the ends of your loaf and it is so much fun. Also my customers love them. I started with simple designs, sheep, rainbows, abstract but now I am doing pint's of guiness (I am in Ireland) shamrocks ect. You could do some great Halloween ones. I would post pics but I selling them as fast as I am making them
You must log in or register to reply here.
Share:
Facebook Twitter Reddit Pinterest Tumblr WhatsApp Email Link