Can this lard be saved?

I failed to re-tape my 50# box of lard after I opened it. So, last night before going to bed, I discovered the lard box was opened and the blue plastic bag was no longer neatly covering my 43 remaining lbs of lard. Apparently, I no longer had 43# of lard left. What I had was a mystery box of lard and two dogs with bacon-breath.

It was well after midnight and I needed to go to bed. I taped the box and went to bed. Then got up and cleaned the lard off my carpet and went back to bed. And then got up and cleaned the lard and dog food chunks out of my bed, changed my Jammies, changed the sheets, put three dogs in their kennels for the night, put sheets and mattress clover into washing machine and THEN went back to bed.

So, the lard is contaminated with doggie germs. I am not sure if I can use any of it for soaping. I certainly can't use it for cooking, like I had planned! I was thinking that maybe I could cut to about two inches below where the dogs licked the lard, but will that be safe enough? Is that actually wasting useable lard? I don't even know how long lard lasts to begin with because it's not something I've ever had in the house before I started soaping.

I am so angry at my stupidity. I don't know what made me think Shredder wouldn't get in there. If anything smells remotely edible, she's going after it.

The issue for soap wouldn't be germs, but certainly we wouldn't want to use contaminated lard for anything. Why not just skim that layer off the top and I imagine the rest will be fine. Your pups have a refined taste for fats.
D

If you are not planning to sell the soap I would scoop off the 2" and use it. Honestly I doubt any germs could live through the lye but like I said I wouldn't sell it. ( only because of superfatting. . .)

I would use it too after removing any doggy drool/hair/ickies. My dogs will eat nearly any oil I leave down, lard and coconut is there favorite. You haven't lived until your dog vomits up 1 lb of coconut oil on your couch.
They will also eat lotion, body butter and lip balm, especially if it contains coco butter

I agree. My dog got into my Shea butter and what I did was just not use that portion. I just soaped with the rest of it. Just skim off the very top. No bacteria is going to live in a ph 14 + 160 F solution.

Thanks! That's what I thought. But I wanted someone else's opinion. I'm not exactly the best judge of safety of things. I used buttermilk for more than a year. (My pancakes tasted great and I'm still here.). No, I'm not selling soap. I've only been soaping for a few months. I want to do it for at least a year or two before I attempt to sell. I have a little soap club going with friends and family. They are my guinea pigs. They are also all on Facebook and I posted the bacon-breath story already.

TOMH, ha! They have refined tastes in everything. I eat Smucker's all natural peanut butter. It's a bit too pricy to feed to the dogs, so I bought a jar of Jiff for them. They wouldn't eat it. I don't know if they saw that I wasn't eating it or if it smelled different from mine, but they'd grab the bread and then spit it out and sit there staring at me. I even tried adding a little jelly, but no, not happening. So, we all eat Smucker's. If I die of food poisoning, they're coming with me.

Obsidian said:
I would use it too after removing any doggy drool/hair/ickies. My dogs will eat nearly any oil I leave down, lard and coconut is there favorite. You haven't lived until your dog vomits up 1 lb of coconut oil on your couch.
They will also eat lotion, body butter and lip balm, especially if it contains coco butter
Click to expand...

Oh my gosh! That is disgusting! I can see the slime show right now!! What color was it? Chunky or smooth?

Yeah I would just skim it off. My neighbors dog gets into my workshop any chance he gets and sneaks into my tallow bins. Now I have secure bins/buckets. Maybe get some buckets? I find it's much easier to take the 45 min and get those blocks or giant vats of oils into smaller containers to work with and then you can make them pup proof.

I would not make the mountain of the hill. You let your dogs on your bed , do you not? Remove the hair left and it is good for soaping. Everyone knows that dogs do not have germs , a lot less that we do have in their mouth. Their saliva kills germs, otherwise how could they heal themselves ?
I am grossed up by people not the dogs ) sorry
Lye will kill whatever is left there.
Obsidian they probably eat lotion because they smell it on you. Dogs do not like the same smells like we do

I would scrape and use it too.
I remember some grad students made beer out of malt their dogs got into. Named it dog drool ale. It's telling that not a single participant turned the beer down...

I personally would just pick any stray hair out and soap with it. you're not selling it, and if there is a squick factor, just use it for 'doggy shampoo' or laundry soap. No way would I toss lard because of a lick or 20 from a pooch.

THANK YOU! I totally feel so much better. My first thought was to skim the top off the lard to get rid of the dog drool and not worry about it. But, I'm not the most, uh, hygienic (?), when it comes to the dogs. I've left a bowl of soup (or something) on the table a time or ten to come back to find Shredder helping herself. I just pick the fur out and finish my dinner. I haven't died yet. (TMI?) HOWEVER, I've never used lard before and it was sitting there for hours germ-inating. I'll just leave it. Tomorrow I'll go to Ace and get a 5 gal paint bucket and lid and transfer all the clean lard into that. I've got the skimmed lard in a plastic bag for the dogs. Why waste it, right? And I know they definitely like it!

I definitely wouldn't call a short lapse in judgement stupidity. Also . I love Shredder as a name for a pup. I agree with the masses, though. I wouldn't consider it contaminated. The part that you skim off doesn't have to be wasted, either. You could add some to their dinner each night until it's gone and they'll get some good extra fats out of the deal. Not too much, though, or they might get the runs...

Just ask me how many times my boxers had some of my coffee, or whatever I left on table, very young ones had to go through training. The coffee was hilarious, she was 3 months old, older would not be able to put their mouth into cup, too big. I have dogs my whole life and they were on bed on sofa, anywhere, Everyone is healthy and strong in my family. My firstborn was sick often, due my craziness with sterilizing everything. Second child slept with my huge dog and was fine, sometimes even with cat) They are adults and raised with a lot of dogs (I was breeding and judging German boxers) I checked them so often they never got any diseases from animals.
N

ETA: I am constantly picking dog hairs out of my oils, I'm sure some of them make it through anyway. I don't sell, and my giftees just have to deal with it. As EG said on anyother thread, just think of it like silk! I am one of those gross people who kiss my dogs on the mouth, if they have something I have it too. Here are my babes: One is of Freddie the day I adopted him, one of him now (stealing a nap on Patsy's bed), one of Patsy (note the once expensive, now puppy chewed Persian rug, and fluff from some source which I cannot determine - it keeps showing up, lord knows what she is destuffing.) 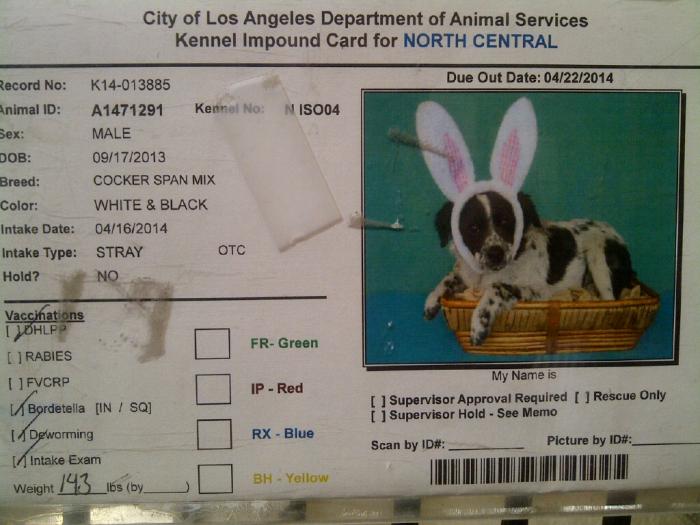 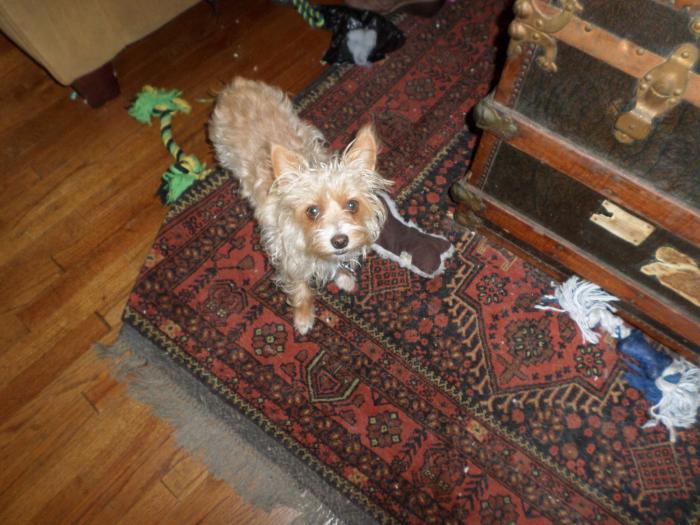 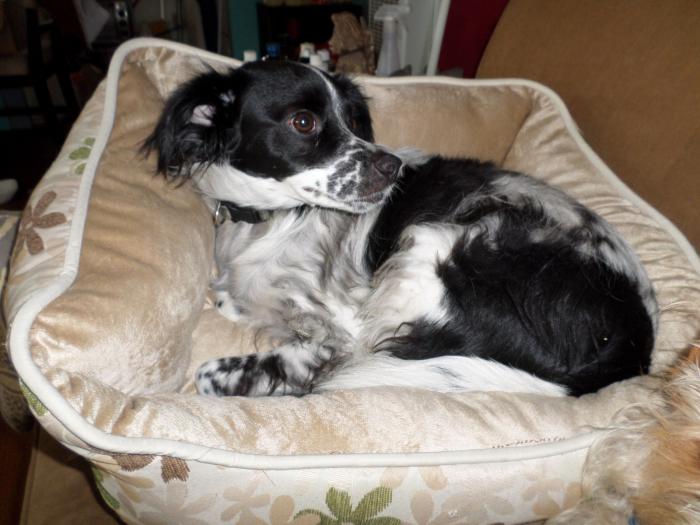 My fur babies. Chase is the black one; she's 12. Shredder is the white one; she's 8. Ivy is the one that has problems with pillows; she's 5. 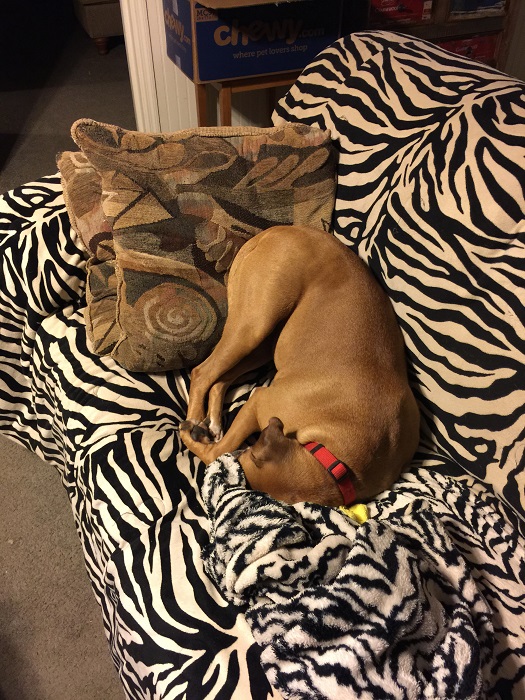 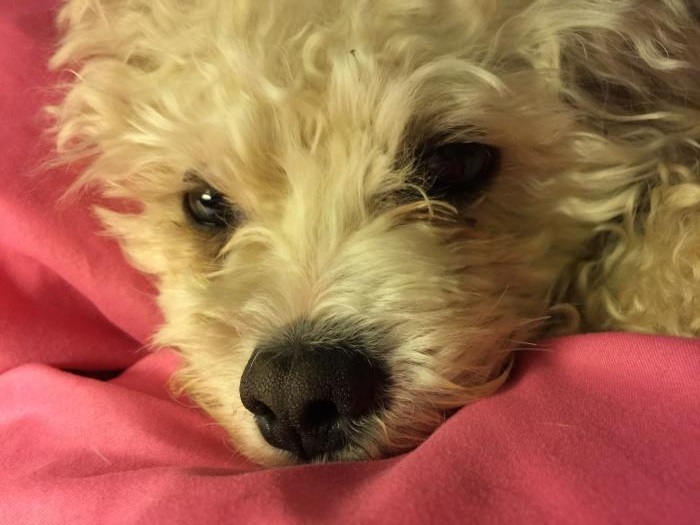 NA, your babies are beautiful! Patsy has a look of total innocence on her face. I'm sure whatever happened, it was someone else's fault!!
N

SO cute, Teresa, they are darling! Talk about innocent, Shredder looks way too sweet and good to get into her mama's lard. People must laugh when you call her Shredder.

How great are dogs? It is so wonderful to come home and know that you have made someone happier than they ever remember being. Every single time. I look into their little faces and have my heart melted about a million times a day.

ETA: how are yours doing with the fireworks? Patsy is totally unfazed, Fred is under the bed, poor baby.

That is my favorite photo of Shredder. I did name her well, though. Of the three of them, she's the one I need to watch the closest when I'm around. She is very territorial and I am her territory. Ivy will not jump on the ottoman if Shredder is in the chair with me. It is hilarious considering Ivy is twice her size and could have her for a snack! Chase and Ivy were asleep and totally unaffected. Shredder was in my pajamas with me shaking like a leaf. She is terrified of storms and loud noises. The fireworks are over and she's back in bed, which is where I should be. But I had computer issues with my desktop. It was running Vista and just about everything out there now needs at least Windows 7 or better. I tried to get a copy of 7, but couldn't find one. My computer isn't compatible with 8.1, which is all I could find. So I ended up buying a $200 laptop that will get me through until I can afford a Mac. Most of my stuff is web based and what isn't can be saved to my cloud account instead of the hard drive. Grrrr. What a PITA!!
You must log in or register to reply here.
Share:
Facebook Twitter Reddit Pinterest Tumblr WhatsApp Email Link